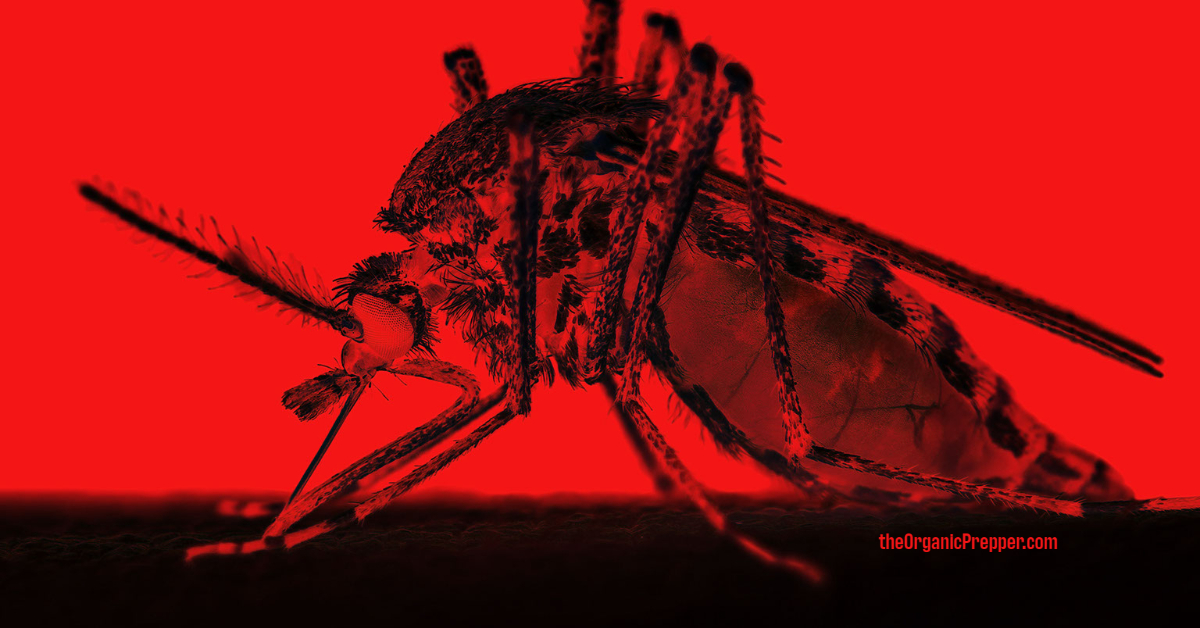 While Michiganders focus on the COVID-19 issue as well as attempting to get their state’s economy back on track, Michigan public health officials are now warning of another potential breakout of a new virus, Eastern Equine Encephalitis (EEE).

EEE is spread by mosquitoes and MI officials claim they are doing everything they can to stop the spread as COVID fatigue sets in with citizens across the country.

One of the methods officials have devised is strikingly similar to what they are suggesting for COVID – i.e. urging residents to stay indoors after dark and protect themselves against mosquitoes when they are out. All this comes after a resident in Barry County was suspected of contracting EEE.

The Michigan Department of Health and Human Services announced the case last week.

“This suspected EEE case in a Michigan resident shows this is an ongoing threat to the health and safety of Michiganders and calls for continued actions to prevent exposure, including aerial treatment,” Dr. Joneigh Khaldun, chief medical executive and chief deputy for health at MDHHS, said in a statement. “MDHHS continues to encourage local officials in the affected counties to consider postponing, rescheduling or cancelling outdoor activities occurring at or after dusk, particularly those involving children to reduce the potential for people to be bitten by mosquitoes.”

22 horses located across ten counties have been confirmed to have EEE, a number that is allegedly twice that of the previous year.

The state is now engaging in aerial spraying to reduce the number of mosquitoes.

Nationwide, 5 cases of humans contracting EEE have been reported to the CDC – three in Massachusetts and two in Wisconsin. Generally speaking, there are only 5 to 9 cases of EEE in the US every year with 30% of those cases resulting in death.

The incubation period of EEE is usually around 4 to ten days, and symptoms can be mild including fever, chills, aches, and general discomfort. Severe cases can involve swelling of the brain and meningitis.

While everyone should agree that caution must be exercised when dealing with communicable diseases, canceling town events, social gatherings, and staying indoors seems a bit ridiculous. Especially when the disease is one suspected case of a virus that kills a maximum of ten people on a yearly average across the country.

But that is where we are.

It is possible that MDHHS is truly concerned about the spread of the virus. However, it is once again, at best, engaging in extraordinary levels of hysteria and restrictions to deal with what is essentially an ordinary virus. Keep in mind, Michigan has no confirmed human cases of EEE in the state as of yet and only one suspected case.

Health agencies have lost credibility in the eyes of all but the far left public.

Health agencies across the entire country as well as across the entirety of the world have essentially destroyed their own credibility with the unprecedented hype and hysteria over COVID and the subsequent rights-crushing “recommendations,” “guidelines,” proclamations, and Executive Orders. So many things have not added up since the beginning and they’ve even admitted they lied about masks early in the outbreak. These agencies have led the charge against the American economy, individual rights, and the mental and physical health of every single American. All over a virus that has yet to be isolated properly in a lab and has not come anywhere close to killing the number of people we were told it had, much less predicted it would.

This is where the danger comes in. Hysteria and a self-imposed apocalypse over COVID. Hysteria over EEE. What virus will cause hysteria next? How many times will this continue until everyone simply ignores everything the CDC and other health agencies have to say? If, or more likely when, there is a real and deadly pandemic, will the general population simply respond to their health agencies with sneers and memes?

Let’s face it, we’ve reached the point where half of the population is doing that already.

We see the same irresponsibility from MSM and government regarding weather.

Anyone who lives on a southern coastal state can tell you that there is a seasonal panic set in by local and national media when hurricane season arrives. Not in the last 20 years has there been a beginning of a hurricane season where predictions were anything other than “deadly” and “unusually busy.” National media predicts every storm will be a major hurricane and every hurricane will be devastating and bring “imminent death.” Some general hurricane preparedness steps are usually sufficient.

Of course, most of these storms are just storms.

Some even bring badly needed rain to drought areas. People who listen to the Weather Channel and state governments often look completely foolish when they realize they ran away from a summer shower. People who ignored those agencies often are rewarded with some peace and quiet and a few more pounds due to overeating their hurricane snacks.

But, every once in a while, the hysteria is justified. Every once in a while, a Cat 5 hits land and lays complete waste to cities and towns. By this time, people have been burned over and over with repetitive claims of imminent death and other nonsense. They ignore the reports. They ignore the warnings and they don’t prepare. This is when the death toll is the highest.

The moral of the story is not that the government should do nothing and it certainly isn’t that it should do everything.

The media and government have way too much power.

By allowing media and government to maintain so much power, we have allowed a situation to be created where hysteria and dependency justify their existence and more fear and hysteria ensure its continuation.

The moral of the story is to think for yourself and to prepare for all eventualities while still allowing yourself to live your life and not just spend it trying to avoid death.

Lastly, maybe health “authorities” shouldn’t have so much “authority” after all.