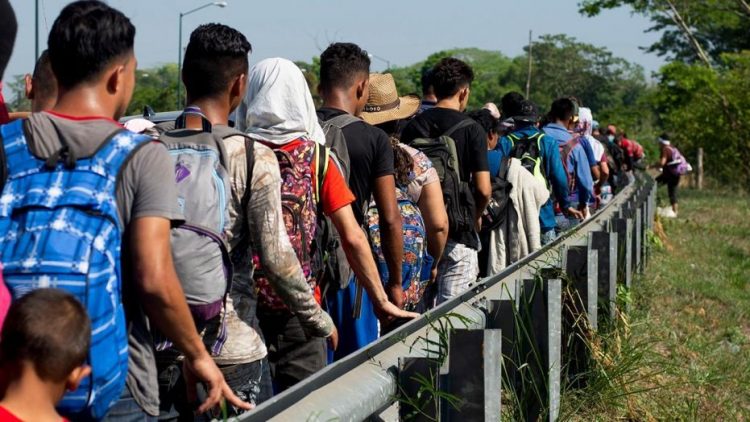 And you thought this was only going on under the usurper, Barack Hussein Obama Soetoro Sobarkah. Think again. In the coming months, the US will unconstitutionally spend over $125 million to provide services for illegal alien minors, known as Unaccompanied Alien Children (UAC). They will receive a variety of services from the private sector at American citizens’ expense that includes medical care and special housing arrangements.

Among those receiving benefits from the lawlessly spent money will be delinquents, gangbangers and pregnant illegal alien minors.

Of course, it is always pitched as something good, isn’t it?

And who will be in charge of all of this funneling of your money to illegal aliens? The Office of Refugee Resettlement.

“The Office of Refugee Resettlement (ORR) provides new populations with the opportunity to achieve their full potential in the United States. Our programs provide people in need with critical resources to assist them in becoming integrated members of American society,” reads their website.

But they’re here illegally so, how in the world do these people plan to integrate delinquents, gangbangers and pregnant illegal alien minors into American society?

There’s not really a plan, just throw money and services at them.

That doesn’t fix the problem. It just adds insult to injury to Americans.

This month the agency announced three major grants dedicated to minors who entered the country illegally, the largest for $55 million, followed by a $50 million allotment and another for $20 million. The taxpayer dollars will buy an assortment of benefits and individualized services that cater to the UAC’s needs. For instance, taxpayer-funded residential accommodations will feature a heightened level of supervision for children with delinquent behaviors, including gang involvement, serious behavioral problems, and/or who present a low to moderate flight risk, according to one of the grant announcements. Long-term foster care funded by Uncle Sam will also be catered to “pregnant/parenting teens and/or UACs who are especially vulnerable or with other needs.” The government will provide “residential care services” until the UAC is released from ORR custody, turns 18 or gets deported.

Even when the UAC is released to relatives in the U.S., the government will pay to have them monitored if ORR considers them to be “at risk” or “display special needs.” Of interesting note is that the agency admits that it may release children to sponsors that present a “safety risk to the UAC,” in which case it will, of course, monitor the situation. “In order to promote the safety and well-being of UAC, after their release to a sponsor in the U.S., certain categories of children, who display special needs, are referred for post-release services,” one of the grant announcements states. “Post release services are required for all UAC who receive a home study. For cases where there is no safety risk in releasing a UAC to a sponsor but additional assistance is required to connect the UAC and sponsor to needed resources upon discharge from ORR custody, the case may be referred for post-release only services.”

Tens of thousands of illegal immigrant minors have been referred to ORR by the Department of Homeland Security (DHS) since the UAC influx began under the Obama administration. American taxpayers have spent a fortune to care for them and there seems to be no end in sight as the southern border sees an onslaught of Central American and Mexican migrants. In fiscal year 2019, the U.S. Border Patrol has apprehended 72,873 UACs, according to agency figures. The director of ORR’s Administration for Children and Families, Jonathan H. Hayes, recently told Congress the number of UACs “has risen to levels we have never before seen.” At the time more than 67,000 UACs had been referred to the agency, Hayes said, calling it the “highest number in the program’s history.” Hayes’s testimony included details of the services provided for the illegal alien minors and he assured lawmakers that his agency is “deeply committed to the physical and emotional wellbeing of all children…” While in ORR custody every UAC receives medical, dental and mental health care from specially trained staff that deliver services sensitive to age, culture and native language. The children also participate in recreational and religious activities.

Many of the UACs are disbursed to one of 170 facilities across the U.S. operated by the agency, Hayes told federal lawmakers during his testimony. “These care providers include group homes; long-term, therapeutic, or transitional foster care; residential treatment centers; staff-secure and secure facilities, and shelters. Our facilities provide housing, nutrition, routine medical care, mental health services, educational services, and recreational activities such as arts and sports.” Once they are released to a “sponsor,” the UACs continue to receive “ongoing assistance” from the government guaranteed to be “culturally and linguistically-appropriate to the unique need of each individual,” Hayes said. Taxpayer-funded providers focus on helping “released children” access education, medical and behavioral healthcare, legal services and other services. The recently announced grants will help pay for all this.

Here’s the obvious question: When did the American people authorize our representatives to use our money for any of this?

Besides, we all know that the vast majority of these illegal aliens are not refugees at all. This is a trojan horse.

Tim Brown is an author and Editor at FreedomOutpost.com, SonsOfLibertyMedia.com, GunsInTheNews.com and TheWashingtonStandard.com. He is husband to his “more precious than rubies” wife, father of 10 “mighty arrows”, jack of all trades, Christian and lover of liberty. He resides in the U.S. occupied Great State of South Carolina. . Follow Tim on Twitter. Also check him out on Gab, Minds, MeWe, Spreely, Mumbl It and Steemit
(Visited 13 times, 1 visits today)
Share
Tweet
Share
Pin