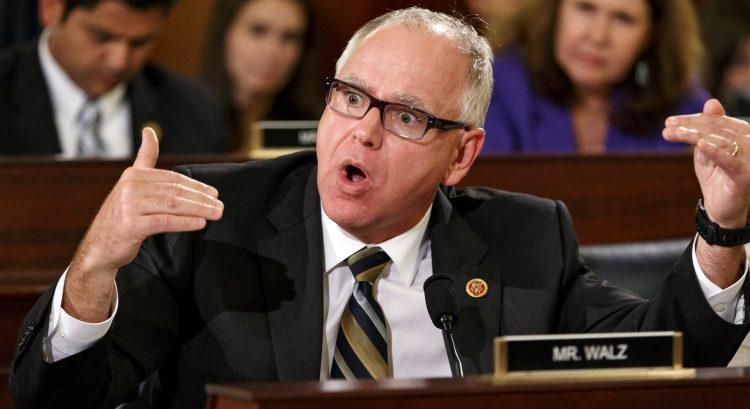 Sadly, the people of Minnesota have allowed their state to be overtaken by sodomites, Islamists, Communists and all manner of evildoers rather than be a standard, held up by the Lord, against such wickedness. Now, panty-waist Governor Tim Walz wants the people of the united States to pay for his failure to enforce the law. I say, if Donald Trump or any member of Congress grants any money to Minnesota, they are traitors to the people, acting unconstitutionally and as such, deserve a traitor’s death.

Jack Davis At Western Journalism has the story:

Minnesota is seeking millions of dollars from the federal government to clean up after the riots that erupted in the aftermath of George Floyd’s death in Minneapolis police custody May 25.

On Thursday, Gov. Tim Walz announced he was seeking Federal Emergency Management Agency cash, noting that the rioting left a trail of more than $500 million in destruction.

“We’re asking our federal partners to step up and help our communities recover,” he said in a news release.

“We need to come together to ensure Minnesotans who were victims of this destruction have access to critical infrastructure they need so they can go to the grocery store, pick up their medication, and live their lives. Together, we will rebuild.”

The release said that during the rioting and destruction that raged in Minneapolis and surrounding communities, the state called on more than 10,000 law enforcement personnel to try to restore order and the Minnesota National Guard was fully mobilized for the first time since World War II.

“Nearly 1,500 Twin Cities businesses were damaged by vandalism, fire, or looting,” the release said, referring to Minneapolis, the epicenter of the rioting, and nearby St. Paul.

The governors of the states are to uphold the law. Governor Walz has not done so, but rather allowed lawlessness to abound in his state, encouraged it by his inaction and even attack those who are aligned with the law.

By the way, so has his attorney general, Keith Ellison, aka Hakim Muhammad.

It’s time the people of Minnesota stop cowering before the tyrants, who are nothing more than effeminate men, and bring the justice against them they so gravely deserve.

Courtesy of TWS
Tim Brown is an author and Editor at FreedomOutpost.com, SonsOfLibertyMedia.com, GunsInTheNews.com and TheWashingtonStandard.com. He is husband to his “more precious than rubies” wife, father of 10 “mighty arrows”, jack of all trades, Christian and lover of liberty. He resides in the U.S. occupied Great State of South Carolina. . Follow Tim on Twitter. Also check him out on Gab, Minds, MeWe, Spreely, Mumbl It and Steemit