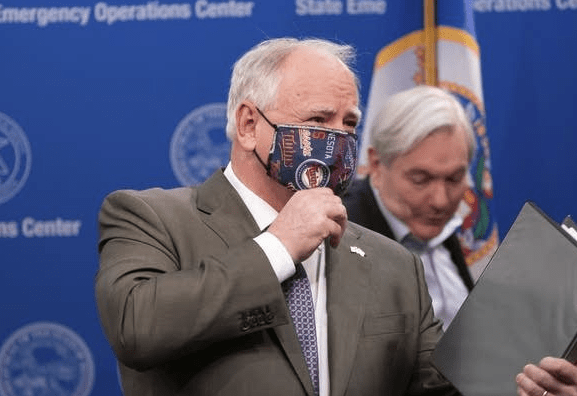 In the aftermath of the demonstration that Governor Tim Walz has no business in the office of governor of the state of Minnesota, an official petition for the recall of Governor Walz was approved by the Secretary of State. It has now been passed to the Minnesota State Supreme Court.

This marks an important step in the process to oust the governor. In order for the court to have received the petition, it had to be deemed “valid” by the State Secretary of State, and be signed by 25 eligible voters and according to a legislative research report. However, the court now must also see validity in the petitioner’s claim that the governor is guilty of maleficence in order for the recall process to proceed— an outcome that some say is unlikely.

Minnesota Statute 351.14 defines malfeasance as the “commission of an unlawful or wrongful act … in the performance of the officer’s duties that is substantially outside the scope of the authority of the officer and that substantially infringes on the rights of any person.” The petition to recall Walz alleges that the governor committed maleffenance during his response to the coronavirus pandemic, primarily by violating the 1st 5th and 14th amendments and creating policy without the approval of the legislature.

“Creating a criminal sanction, absent legislative action, is historically the behavior of a wannabe dictator waiting only for a Reichstag fire,” the petition claims. The Reichstag fire was an arson attack against the German parliamentary building in 1933. It is widely believed that the Nazis secretly perpetrated the attack to create the mass hysteria needed to seize power. It appears that the petitioners have drawn a connection between the Reichstag fire and the coronavirus pandemic to suggest that Walz has capitalized on a crisis to further his own political interests.

As of Wednesday, the Supreme Court has not yet scheduled a hearing for the recall petition. Such a hearing must occur within 21 days of the petion [sic] reaching the court. During the hearing, members of the public will be allowed to make their case for why Walz should be deposed. A report on the hearing’s findings drafted by a court-appointed special master will then be given to the justices who will determine if Walz has in fact acted with malfeasance.

If the court rules in favor of the petitioners, another petition will be circulated to determine if the recall will go to a public vote. This petition must receive a number of signatures equal to 25% of the total number of people who participated in the election that most recently brought Walz to power. According to poll counts from the 2018 election, this 25% figure is about 610,000 Minnesotans. This is only 10% of the state’s overall population.

In the event that the requisite 610,000 signatures are acquired, a statewide majority-takes-all vote to remove Walz from office would occur on a date chosen by the governor himself. Becuase [sic] Minnesota has never conducted a gubernatorial recall, it is unclear if Walz can use his scheduling powers to substantially delay a recall vote.

Hamline University political science professor David Schultz says, “The Supreme Court is going to have to find there’s some probable cause of malfeasance and then a vote would be held. It’s a process that’s almost impossible to execute in such a way to allow for the removal of someone.”

I’d say the current handling of the COVID-19 scamdemic and the subsequent lack of dealing with the criminal rioters and looters meets those requirements and the petitioners certainly aren’t letting Mr. Schultz’s comments get in their way.

May God grant them favor and victory and then, maybe they’ll take on the criminal attorney general and the mayor of Minneapolis as well.