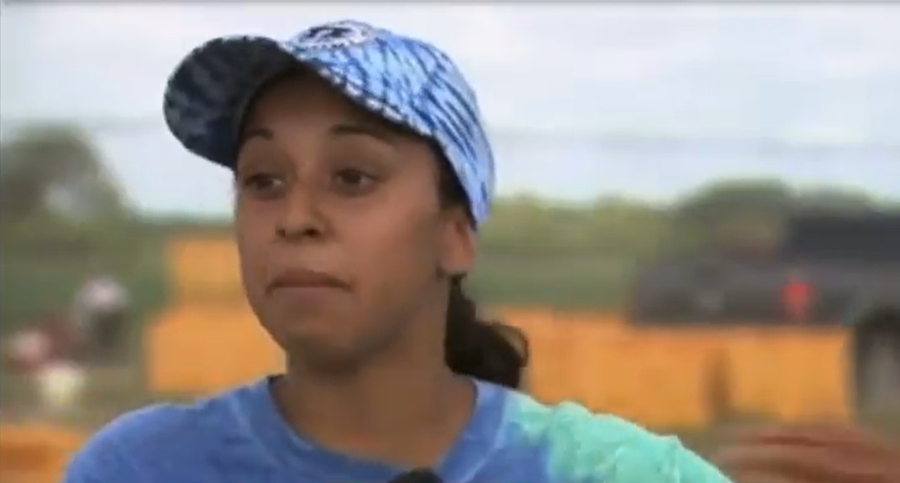 (Natural News) The mother who drove to the Robb Elementary School in Uvalde, Texas, in late May and was handcuffed by police because she tried to rescue her children while cowardly cops did nothing is now being harassed by some of those same officers.

Angeli Rose Gomez said, “The police were doing nothing. They were just standing outside the fence. They weren’t going in there or running anywhere.”

While state officials said that police were at the school mere moments after the teen gunman entered the school, barricading himself in a classroom and opening fire on young students, they also said that officers were unable to gain access to the classroom.

Gomez said that she was only one of several parents at the school demanding that officers stop waiting around and go into the school. It was then that “federal marshals approached her and put her in handcuffs.”

Eventually, she was able to convince local police to free her, but she also said that she saw a father pepper-sprayed and another tackled and thrown to the ground by law enforcement personnel as he attempted to get past them and get into the school to rescue his child, a 10-year-old daughter who was one of the 19 victims slaughtered by the 18-year-old psycho.

After she was freed, Gomez quietly moved away from the crowd before breaking into a run and jumping a fence. She then ran inside the school and rescued her kids. After she got them, she sprinted out of the school with them.

Cops, meanwhile, waited more than 75 minutes to engage the 18-year-old shooter when the incident could have been over within three minutes. In the end, 19 4th grade children were dead along with two adults.

Ever since that harrowing day, she tells Fox29, she has faced scrutiny from law enforcement, even at her own home, “the other night we were exercising and we had a cop parked at the corner like, flickering us with his headlights.”

Because of those incidents, the mother said she has had to separate from her boys, “just so my sons don’t feel like they have to watch cops passing by, stopping, parking.”

Earlier on Saturday, Gomez went to Uvalde’s Town Square to continue protesting with other members of the community. With signs in hands that read, “Fire Pete Arredondo,” Gomez said she wants to see Arredondo gone without pay.

Her goal moving forward is to file a lawsuit.

Gomez’s lawyer, Mark Di Carlo, a criminal defense attorney from Corpus Christi said: “The fact that he wasn’t fired immediately based upon whatever it is, hours of video, from testimonies such as Angeli’s; is an indication that there is some sort of what, corruption or wrong-doing.”

Di Carlo said he is representing about 15 parents of Robb Elementary School children in lawsuits that are coming down the pipeline. Asked when he planned to file the first of those, he demurred, saying that he was still in the process of gathering evidence.

What is known so far about the incident, however, is damning enough.

The top Texas law enforcement officer testified last month regarding a claim that officers could have actually engaged with, and stopped, the 18-year-old gunman within “minutes.”

The fact that they did not was an “abject failure” on their part, according to Col. Steve McCraw, the head of the Texas Department of Public Safety.

“There’s compelling evidence that the law enforcement response to the attack at Robb Elementary was an abject failure and antithetical to everything we’ve learned over the last two decades since the Columbine massacre,” McCraw said.

“Three minutes after the subject entered the West building, there was a sufficient number of armed officers wearing body armor to isolate, distract, and neutralize the subject,” McCraw continued.

“The only thing stopping the hallway of dedicated officers from entering rooms 111 and 112 was the on-scene commander who decided to place the lives of officers before the lives of children,” he added.

“One error; 14 minutes and eight seconds,” the director said of the young students desperately waiting in two classrooms for someone to come save them from the lunatic who was murdering them.