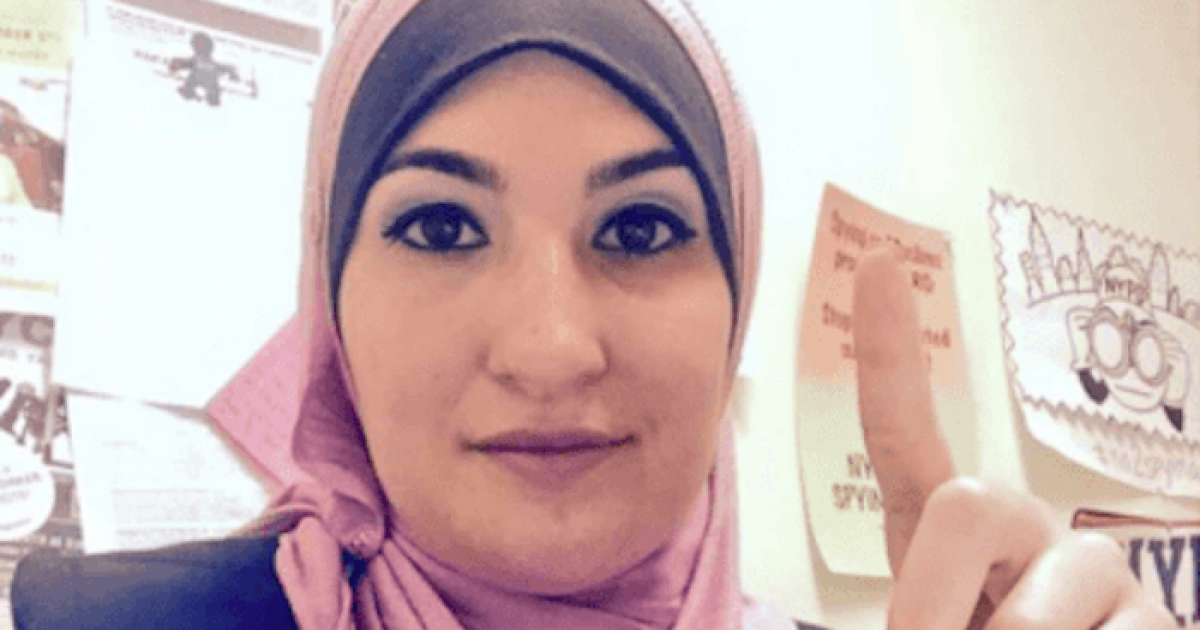 No one should be surprised by this. Sarsour has done it before. She staged a narcissistic publicity stunt when hundreds of Jewish gravestones were desecrated and destroyed at various cemeteries (most likely by her coreligionists); Sarsour glommed onto the news story and made it her own. She jumped on a campaign to raise money to repair the vandalism (and her reputation due to her long history of antisemitism).

Sarsour hijacked the horror for her own personal aggrandizement, and the elite media ate it up.

The campaign — named “Muslims Unite to Repair Jewish Cemetery” — had raised $162,468 through the Muslim crowdfunding site LaunchGood, far beyond its set goal of $20,000. But only 30% of the proceeds were disbursed, while designated cemeteries pleaded for promised funds.

Their calls were met with deafening silence.

And even before that, she defrauded people before with hoaxes, but exploiting dead Jews, that was a new low, even for that lowlife. Now she has done it again. And she will likely do it again in the future, and the enemedia will once again laud this vicious and hateful hoaxster as a hero.

“WOW: Money Raised After Pittsburgh Shooting Went To An Islamic Center With Terror Ties,” by Matt Vespa, Townhall, November 27, 2018 (thanks to Mark):

In late October, Robert Gregory Bowers, a vicious anti-Semite, walked into the Tree of Life synagogue in Pittsburgh and shot and killed 11 people. Several people were injured, four of which were police officers. It was tragic—but of course, everyone blamed President Trump for reasons only morons understand. There were protests when he visited the site. Everyone was creating controversy when there needed to be none. But now, we have another controversy that could be brewing that isn’t related to Trump. It centers on anti-Semite Linda Sarsour. The anti-Israel activist seems to have been exposed for cheating the Tree of Life synagogue from money fundraised after the tragic shooting.

Hen Mazzig of The Jerusalem Post initially said that $400,000 was raised for Tree of Life, but then offered a correction, noting that $160,000 was raised by Sarsour as part of an effort to fix Jewish cemeteries and $240,000 was raised after the shooting. The corrected tweet is in the thread above.

Tree of Life received just $10,000 from the cemetery campaign, but doesn’t appear to have received a dime from the post-shooting fundraising effort, but now the Islamic Center of Pittsburgh says they will supposedly send its six-figure check ($155,000) to Tree of Life. According to Conservative Review’s Jordan Schactel [sic], the other $83,634 will go “to vague ‘projects that help foster Muslim-Jewish collaboration, dialogue, and solidarity. Oh, and as for the money raised for Jewish cemeteries, several never received the funds that were promised (via CR):

According to the left-wing The Forward, the Islamic group Celebrate Mercy has already funneled $155,000 — of over $238,634 that was raised supposedly for the victims of the shooting and the greater Jewish community of Pittsburgh — into the Islamic Center of Pittsburgh. Though the Forward article states that a document was posted signed by a representative of Celebrate Mercy, the director of the Islamic Center, and a “Tree of Life representative detailing exactly how the funds will be distributed to victims and their families,” the link to the document is dead.

As for the remaining $83,634, raised above the fundraiser’s $150,000 goal, it will go toward the vague goal of “projects that help foster Muslim-Jewish collaboration, dialogue, and solidarity,” Celebrate Mercy director Tarek El-Messidi told The Forward.

The Islamic Center of Pittsburgh is a mosque with deep ties to Muslim Brotherhood front groups in the United States. A former imam there was an overt anti-Semite who blamed Jews for the rise of ISIS, and he was ultra-cozy with anti-Semitic hate preacher Louis Farrakhan….