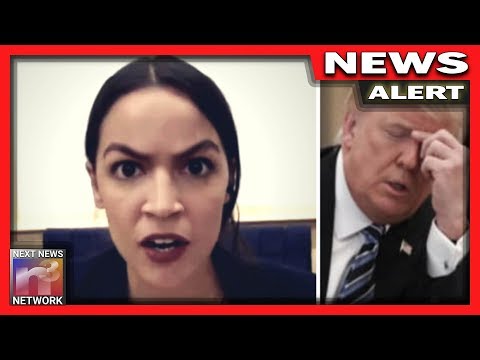 AOC is not the first to admit this and I want you to think about what it really means.

All of those polls that show top Dems leading Trump for 2020 are FAKE and Dems know it.

The pollsters know they are putting out fake numbers, just as they did before 2016.

Their only chance is to impeach Trump.

They know it and AOC just admitted it.

Ever get the impression that the garbage disposal has eaten AOC’s brain?

AOC is quickly losing the title of “Village Idiot” and now in the running for “National Idiot” though Maxine Waters and Sheila Jackson Lee will be hard to beat.

Even a broken clock is right twice a day.

Democrat thought leader Alexandria Ocasio-Cortez blabbed on Wednesday that the Schiff show trials are all about preventing a Trump victory in 2020.

AOC forgot this was supposed to be a DNC secret.

Democratic Rep. Alexandria Ocasio-Cortez admitted that the Democrats’ efforts to investigate President Trump are, in part, meant to prevent him from winning reelection in November 2020.

The freshman New York congresswoman made the admission in an interview on CNN Wednesday evening, hours after the House had its first public hearing in the impeachment investigation into Trump’s foreign policy decisions regarding Ukraine.

“I think many of those considerations will be taken up by the Judiciary Committee when all of this evidence is brought forth,” Ocasio-Cortez stated. “We’ll see. I personally do believe that the president has engaged in flagrant violations of the emoluments clause. I’m concerned that we would allow this corruption to continue. But at the end of the day, we have to be able to come together as a caucus, and if it is this Ukrainian allegation that is what brings the caucus together, then I think we have to run with however we unify the House.”

Indeed, a broken clock is right twice a day.

You can put a bartender in congress, but you can’t make her think like a congresswoman.

AOC is proof of that.

At least she’s there to top off Pelosi’s drinks.

As Gary says, she’s the gift that keeps on giving.

This woman is a liability to Democrats.

I fully expect them to throw her under the bus in 2020, along with the rest of “The Squad.”

She’s scoring points for our side and probably doesn’t even know it.

Your honesty, on this occasion, was quite refreshing.