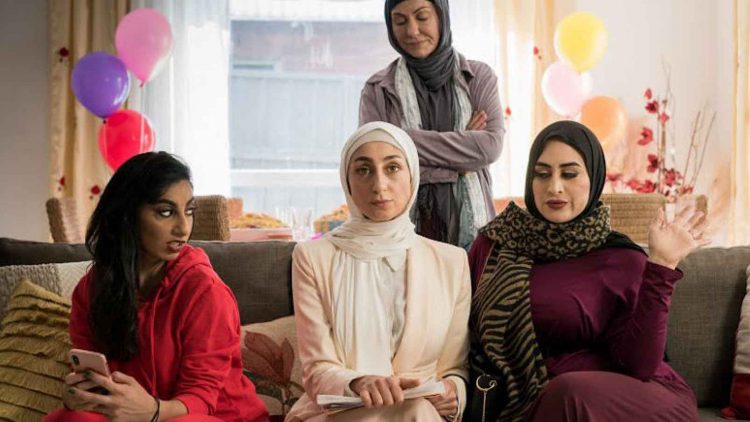 If you don’t really want it, your moral superiors know you need it, and so you shall have it – at least in Australia (for now): with much fanfare, Australia’s ABC iView is set to premiere what it proudly calls the “World’s First Hijabi Comedy Series,” Halal Gurls.

According to ABC iView, Halal Gurls, which was “Created and Directed by Award-winning Australian filmmaker Vonne Patiag,” intends to celebrate “Muslim women and the cultural diversity in Western Sydney. The show follows workaholic hijabi Mouna, played by Aanisa Vylet, as she navigates a cross-cultural balancing act between her structured career-driven life and the chaotic mess of her personal life.”

Aanisa Vylet explains how much we need this: “How often do we get to see a show about Muslim women where their religion, sexuality, and form of expression are not brought into question? The intelligence, inclusivity, lightness, and the very apparent respect towards the culture and community is what drew me towards the team and the webseries that is HALAL GURLS.”

Patiag agrees, this is just what our Islamophobia-laden world needs now: “It’s definitely time for a groundbreaking series like this to exist. Some of my closest friends are Muslim, and I’ve grown up and worked with Hijabis in the past – they have always been some of the most funniest and fiercest women out there, full of resilience and sass, but unfortunately, society likes to paint them a different way. HALAL GURLS is an opportunity to reclaim the representation of modern Muslim women in a humanised and nuanced light, and to spark discussion about diversity on-screen and behind the camera.”

Pushing all the right contemporary buttons, not only does Halal Gurls celebrate diversity; it’s also inclusive. ABC iView assures us that Halal Gurls “was created via inclusive practice,” and really, how could it not have been? One of its producers, Petra Lovrencic, explained: “We wanted to show Muslim women in their best and most authentic light, and we couldn’t have done that without engaging with and listening to the community.” Of course. “We’ve collaborated with the community every step of the way, from writing through to the amazing soundtrack we produced. It all comes out of Western Sydney talent.”

One of the show’s scriptwriters, Sara Mansour, finds the whole thing exciting. “I love that the show is exactly about my lived experience as a veiled Muslim woman living in Sydney. The show draws on shared values and experiences and examines them through the lens of Muslim women in Australia – a group that have been subjected to a lot of scrutiny.”

I am not a veiled Muslim woman living in Sydney, Australia, and I’ve never written a sitcom script, but I’m just as excited as Sara Mansour. I feel a change of career coming on. I could write ten scripts for Halal Gurls right now, and pronto. I could finish them by this afternoon. In show number one, a plucky, attractive hijabi struggles — humorously and good-naturedly — to make her way in a world filled with clueless “Islamophobes,” well-meaning dunces who are ignorant of Islam. A subplot which becomes the main plot of show number two depicts her loving but comically conservative Muslim family pressuring her – humorously and good-naturedly — to get married and live a traditional Muslim life. In the give-and-take about that, there is not, of course, the faintest whiff of a threat if our hijabi doesn’t get married and settle down right away.

That’s all great, but what about the real Muslim women who have experienced violence and even been killed for deciding not to wear the hijab? Will they get a show? Somehow that prospect seems a bit remote.