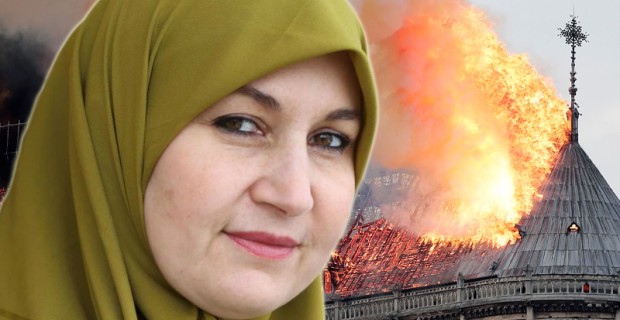 A Muslim politician in Canada wrote a Facebook post in which she said that the Notre Dame fire was “divine intervention” in response to France banning the Islamic veil.

Québec Solidaire member Eve Torres suggested that the tragedy was “a result of a divine intervention related to the prohibition of religious symbols in France,” according to LaPresse.ca.

France passed an act of parliament in 2010 which banned the wearing of face-covering headgear in public places, including the Muslim niqab and burka.

Torres said that the ban had provoked the “wrath” of Allah and “here is the result!”

She further added, “I would sleep firefighters at the basilica of Notre-Dame Street in Montreal,” suggesting that could be the next church to go up in flames.

The co-spokesperson of Quebec Solidaire, Manon Massé, said she was “very disturbed” by the comments and that they were in “very bad taste”.

Torres later apologized, claiming it was all just a “joke”.

BuzzFeed and other media outlets have attempted to portray Muslims celebrating or justifying the fire as a “conspiracy theory”.

The reality is the exact opposite, as the video below documents.