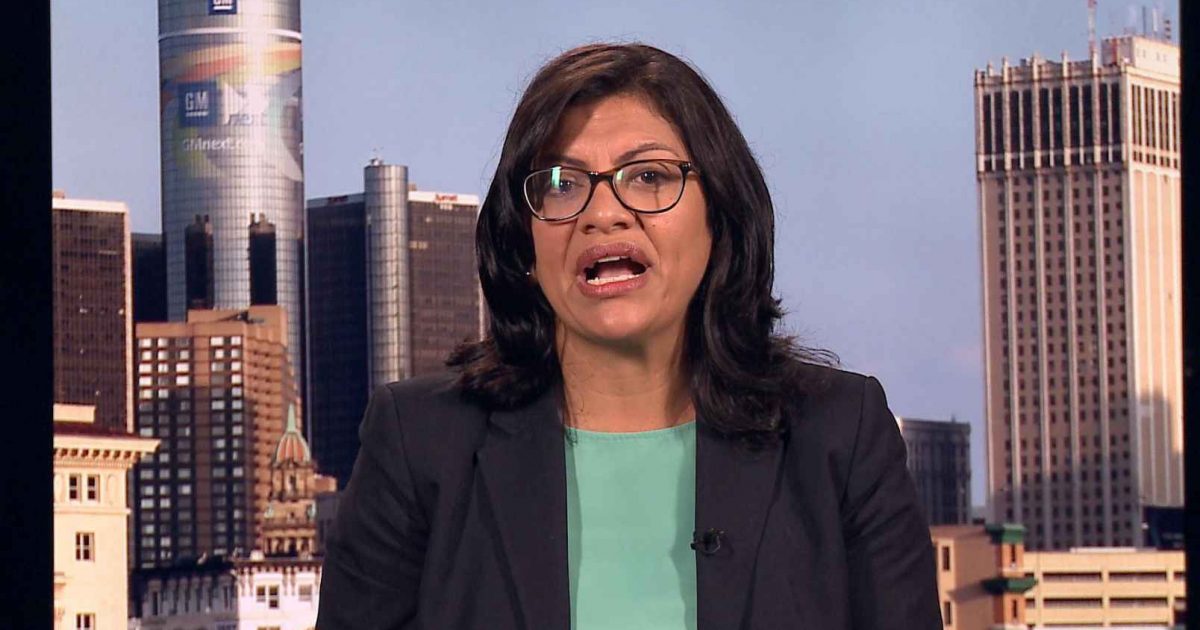 This is important. It’s far more important than the question of whether Governor Northam wore blackface 34 years ago, but it’s also going to be ignored. Actual hardcore racism of the black nationalist variety gets a pass. Rep. Keith Ellison started his political career in the Nation of Islam. Multiple members of the Congressional Black Caucus have met with Farrakhan and pressed his flesh and praised him.

There’s been no House condemnation of them. Nor will there ever be.

Barack Obama even posed with Farrakhan.

He has never been asked about it to his face by the same media outlets running the “Trump is a racist” loop 24/7.

So this just makes Rep. Tlaib one of the gang. It shows that she paid her dues in Dem politics.

Rashida Tlaib was elected to Congress in 2018 and has quickly become a lightning rod for her criticism of Israel and her associations with Palestinian activists, at least one of whom has compared Zionism to Naziism. Tlaib recently told the New York Times regarding her support for such Palestinians, “respect for free speech does not equate to anti-Semitism.”

When Tlaib worked for the Arab Community Center for Economic and Social Services in Detroit in 2006, she wrote an article for Louis Farrakhan’s publication The Final Call:

The article is unremarkable. The publication is.

But this is just what the new Dem reality is.

Farrakhan had posed with a two-term president.

He’s on good terms with a nice chunk of the CBC.

I wouldn’t be terribly surprised if Cory Booker or Kamala Harris meet up with him at some point, if they haven’t already.

Anti-Semitism and racism are the new Dem normal.