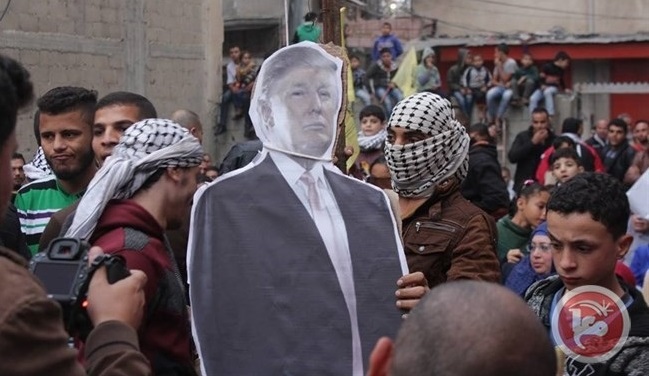 Let’s have that conversation about which party is colluding with the enemy, shall we?

Muhammad Shtaya, a member of the Fatah government’s Central Committee, said regional officials are counting on Democrats winning the midterms and seizing control of Congress, a scenario the Palestinians believe would work in their favor as the Trump administration pursues efforts to isolate regional governments for their support of terrorism.

Shtaya said in Arabic language comments that many are waiting with anticipation for Democrats to win the midterm elections.

November “is the midterm elections for Congress and the Senate,” Shtaya said, according to an independent translation of his remarks provided to the Washington Free Beacon. “If the Democrats seize the majority in Congress and the Senate, I believe we will arrive at two results: First, the first result, a total paralysis of the Trump administration, as he will not be able to pass any bills in Congress. And second, and he spoke about this the other day, and he is the first American president to say, if I’m impeached, the world markets will collapse and everyone will pay a price for it.”

The ongoing Mueller investigation also has provided a lifeline to Palestinian leaders who are hopeful it will erode Trump’s presidency.

“I believe that the investigator Mueller is proceeding with a bottom-up strategy, and he’s gradually tightening the noose on him.”

Fatah controls the PLO. The hub of a number of Islamic terrorist groups that have killed and continue to kill Americans.

Where would Shtaya have gotten the idea that the PLO’s problems will be solved by Mueller and the Democrats?

It’s not hard to spot the collusion.

Next January, a report appeared that Kerry had met with a top negotiator for the PLO in London.

The secret back-channel negotiator, Hussein Agha, was a close confidant of terrorist dictator Mahmoud Abbas, the racist PLO boss who around this same time had delivered a speech in which he cursed President Trump, shouting, “May your house be destroyed.” Agha was a frequent collaborator with Robert Malley, who allegedly ran Soros and Obama’s back channel to Hamas. Obama fired Malley during the campaign, but once in office brought him back in a variety of roles including as a lead negotiator on the Iran Deal scam and the National Security Council’s point man for the Middle East. Malley now heads Soros’ International Crisis Group and continues undermining America and defending the Iran Deal.

Kerry urged Agha to tell the PLO boss to “be strong”, “play for time” and “not yield to President Trump’s demands.”

The former Secretary of State suggested that the PLO present its own peace plan that he would push through his contacts in the European Union and Muslim countries.

Kerry also advised the Islamic terror boss to attack Trump personally, instead of the country or administration. And Abbas appeared to have taken his advice. He also assured the Islamic terrorist leader that President Trump wouldn’t be in office a year from now. And that Kerry might run for the job.

Since there’s lots of talk of collusion, let’s remember the Gaza phone banks for Obama. The real collusion has always been between the left and Islamic terrorists.