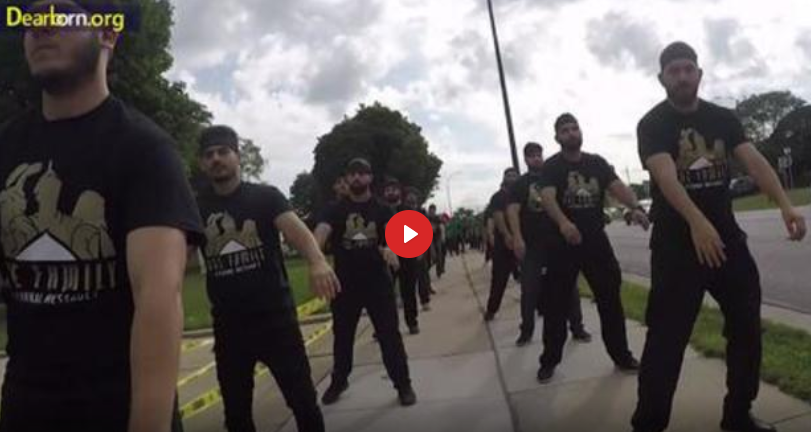 You won’t believe the video you are about to watch was filmed in Michigan.

These are “Americans” in Dearborn, Michigan.

They are Muslim-Americans but still Americans.

September 9th and 10th was the celebration of Ashura this year.

Here’s a powerfully sobering video which was just released on Bitchute:

Yom Ashura or Ashura (Arabic: عاشوراء‎, romanized: ʻĀshūrā’ [ʕaːʃuːˈraːʔ]) is the tenth day of Muharram, the first month in the Islamic calendar.[4] It marks the day that Husayn ibn Ali, the grandson of the Islamic prophet Muhammad, was martyred in the Battle of Karbala.[5] Ashura is a major holiday and occasion for pilgrimage and fasting in Shia Islam,[6] as well as a recommended but non-obligatory day of fasting in Sunni Islam.[7][8][9] Ashura shares origins with Yom Kippur from Judaism.[10]

Ashura marks the climax of the Remembrance of Muharram,[4] the annual commemoration of the death of Husayn and his family and supporters at the Battle of Karbala on 10 Muharram in the year 61 AH (in AHt: October 10, 680 CE).[11] Mourning for the incident began almost immediately after the battle. Popular elegies were written by poets to commemorate the Battle of Karbala during the Umayyad and Abbasid era, and the earliest public mourning rituals occurred in 963 CE during the Buyid dynasty.[12] In Afghanistan,[13] Iran,[14] Iraq,[15] Lebanon,[16] Bahrain[17] and Pakistan[18] Ashura has become a national holiday, and many ethnic and religious communities participate in it.[19][20]

Read it all at Wikipedia…

What is the big deal?

Don’t we have freedom of religion in this country?

But what if a religion is built for extermination and/or dominance of all who oppose it?

Many of the world’s religions have gone through dark times.

As a Christian, who was raised Roman Catholic, I am well-aware of the atrocities of “The Crusades” for instance.

Christianity and Catholicism evolved away from the blatant violence of history.

Both Rashida Tlaib and Ilhan Omar are in our House of Representatives largely because of thousands of Muslim voters in their districts.

Two districts won’t kill America, but look at what is happening in other districts, states and cities all across this Christian nation…

Islam has momentum and if they ever get into a position of clear majority they will seek to enslave, or simply kill, all of us who refuse to bow to the god of Islam.