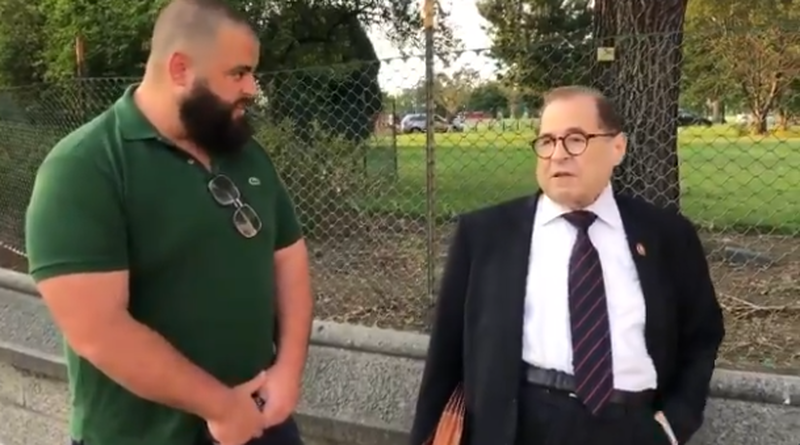 In a perfect example of the disconnect between Ivory tower Democrats and reality, Rep. Jerry Nadler (D-NY) gave a shocking answer when writer-producer Austen Fletcher asked him if he would disavow Antifa violence in cities like Portland.

After a brief pause, Nadler said it was a “myth that’s being spread only in Washington D.C.”

“Meanwhile the whole city’s on fire and they’re trying to burn down the courthouse.”

I ran into Jerry Nadler in DC and asked him to disavow the Antifa violence/rioting in Portland.

The stunning exchange – tweeted by Eric Trump with the caption “This is the Democratic party in 2020,” comes after Portland enters its 60th day of protests which have turned violent on multiple occasions and have prominently included local Antifa.

Apparently Nadler didn’t get the briefing on that.