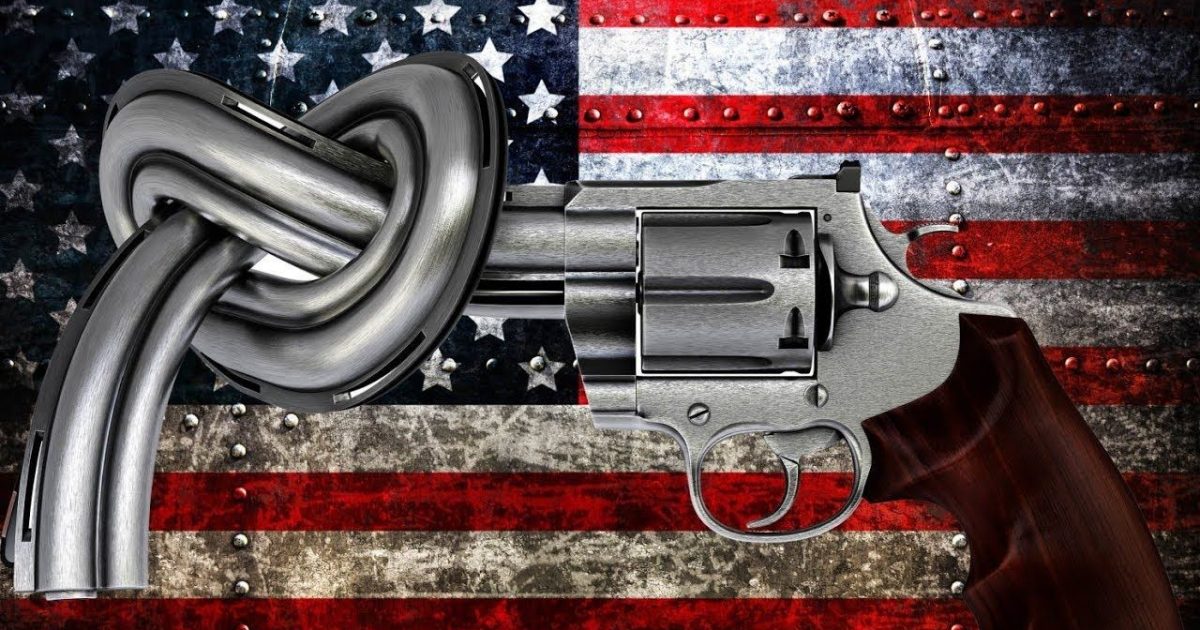 It’s no surprise when politicians are lawless and fail to follow the Constitution that they will advance legislation that is also lawless and seek to criminalize law-abiding citizens. Take HR 8, which House Speaker Nancy Pelosi is advancing in the House of Representatives, which would criminalize private transfers and effectively register all gun sales.

According to Gun Owners of America Executive Director Erich Pratt, this legislation is “universal background checks on steroids.”

Pratt says that either Pelosi and her anti-gun team are “profoundly stupid or genuinely evil.”

While he gives her the benefit of the doubt that both could possibly be correct, in reading the bill, Pratt sides on the genuinely evil side.

HR8 is scheduled to receive a hearing in the House Judiciary Committee this week.

According to Pratt, the bill has been “crafted” with “dozens of trap doors” that if they are actually enforced could “put millions of gun owners in prison.”

So if you show off your new gun to your neighbor in your living room, and hand it to him to look at, you’re a criminal, and can go to prison for up to a year under federal level.

But as onerous as this provision is, the worst part consists of the Universal Gun Registry the bill would create.

Under H.R. 8, since every gun transfer will go through a dealer, every gun owner will have a 4473.

We know that the ATF, in connection with annual inspections conducted under federal law, is increasingly copying these forms to its database in a centrally accessible format.

So here’s the problem: if everyone has a 4473, everyone is potentially in the database.

Even the Obama Administration recognized this in 2013, when a leaked memofrom the Justice Department revealed its assessment of Universal Background Checks:

Here are just a few examples of this kind of tyranny.

* ATF using digital scanners. “ATF has been copying FFL Bound Books for years — with or without FFL permission. During annual compliance inspections in other states, FFL dealers have reported that ATF industry operations investigators (IOI) brought in digital cameras and photographed the entire dealer ‘Bound Book’ without permission of the FFL holder. Other dealers reported investigators brought in digital scanners and scanned portions of the Bound Book — line by line. Of course, the Bound Book contains the dealer’s full record of lawful firearm sales transaction records.”

* GOA legal counsel, Michael Hammond: “Several gun dealers have contacted me and asked for my advice. Invariably, they say that the ATF is, or has been, at their store — making wholesale copies of their 4473 forms — and they want to know if that’s legal. I’m not going to betray their confidence without permission, but I can tell you that this has occurred enough times to make me believe these are not isolated incidents. And this has happened despite the prohibition in 18 USC 923(g)(1)(D) which specifically prohibits anyone in the Justice Department from ‘seiz[ing] any records or other documents other than those records or documents constituting material evidence of a violation of law.’”

*FFL’s complain of illegal ATF activity. “The [ATF] is engaged in new illegal activity, this time in the state of Alaska. According to gun store owners in Anchorage, ATF agents are requiring that they submit what is called ‘4473 Forms’ going as far back as 2007…. The ATF has the authority to inspect or request a copy of the form if agents are conducting a criminal investigation. But nowhere does the law or the rules and regulations of the ATF permit the agency to require gun stores to simply turn over these records en mass as a matter of course. The gun stores in Anchorage are not being told that their records are being requested as part of a criminal investigation of any kind. The ATF has not specified certain forms from specific time frames as one would expect during such an investigation. The agency is telling the stores that it wants all of these records, in totality, going back to 2007.”

* From registration to confiscation in New York. In the mid-1960’s officials in New York City began registering long guns. They promised they would never use such lists to take away firearms from honest citizens. But in 1991, the city banned (and soon began confiscating) many of those very guns. In 1992, a New York City paper reported that, “Police raided the home of a Staten Island man who refused to comply with the city’s tough ban on assault weapons, and seized an arsenal of firearms…. Spot checks are planned [for other homes].”

* Confiscation in New Orleans. “No one is allowed to be armed. We’re going to take all the guns,” said P. Edwin Compass III, the superintendent of the New Orleans police, right before several law-enforcement agencies began confiscating the firearms of lawful gun owners in the wake of Hurricane Katrina (2005).

3. Background checks can (and do) lead to gun registration

* Justice Department report (1989). “Any system that requires a criminal history record check prior to purchase of a firearm creates the potential for the automated tracking of individuals who seek to purchase firearms.”

* More gun owner registration (1996). Computer software distributed by the Justice Department allowed police officials to easily (and unlawfully) register the names and addresses of gun buyers. This software—known as FIST—also kept information such as the type of gun purchased, the make, model and caliber, the date of purchase, etc. This demonstrates how easily background checks can be used to register gun owners’ information.

* Federal Bureau of Investigation registers gun owners (1998). Despite prohibitions in federal law, the FBI announced that it would begin keeping gun buyer’s names for six months. FBI had originally wanted to keep the names for 18 months, but reduced the time period after groups like Gun Owners of America strongly challenged the legality of their actions. GOA submitted a formal protest to the FBI, calling their attempt at registration both “unlawful” and “unconstitutional.”

CONCLUSION: Universal Background Checks will send us much further down road to giving the Andrew Cuomos of the world the registration lists they need for gun confiscation. But we still won’t be able to stop creeps like Adam Lanza from circumventing those background checks (he stole his weapons) and attacking children.

Any and all gun laws are unconstitutional. Congress has not been given authority to write legislation that restricts or regulates our right to keep and bear arms, and the president has not been authorized to sign any such pretended legislation. This issue right here refutes any claim that we are united in America and that that union is strong. Those who side on the side of the law and the Constitution must stand and be counted, calling your representatives and telling them to shoot down this bill, along with any other unconstitutional legislation that comes to the House, the Senate or the president’s desk.