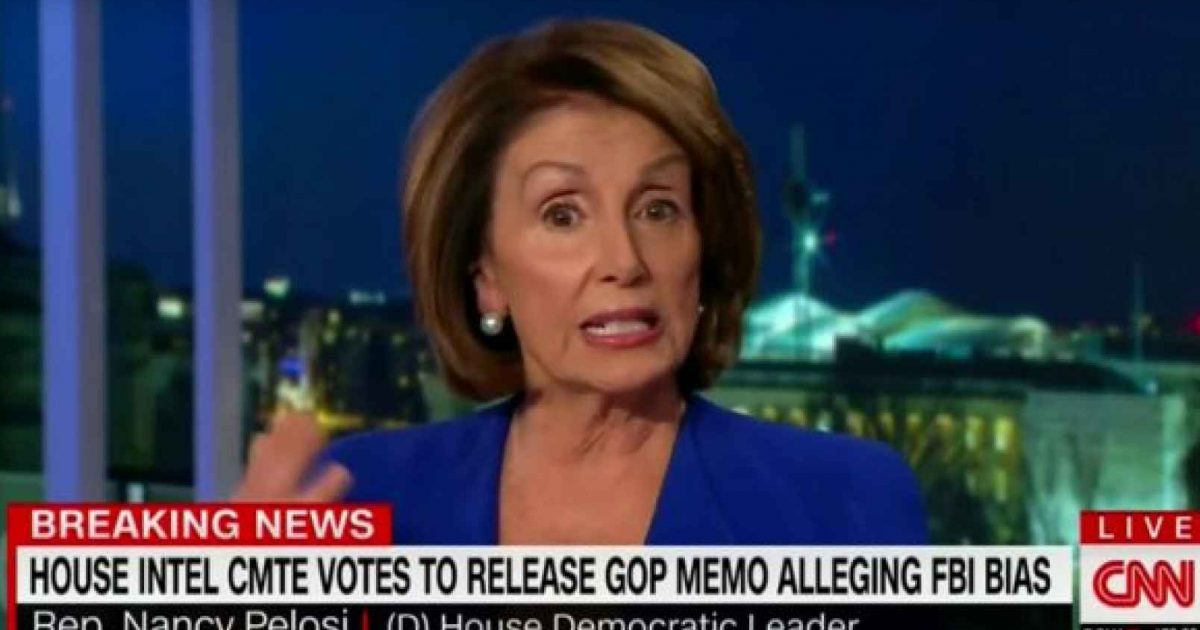 Once again, the Dem elite demonstrate that their false claims of a Russian conspiracy are a lever for silencing political dissent and shutting down any speech they don’t like.

Slowed down videos of public figures have been around nearly as long as online video. There are countless videos like that of Trump.

But somehow a video of Pelosi was a particular offense that has the media declaring a democratic emergency (a democratic emergency is when the Democrats want to shut down civil rights because they lost a presidential election) and Pelosi intimidating Facebook with Russian conspiracy theories.

Trump shared one heavily edited video on Twitter, which was first featured on Fox News, accusing the speaker of “stammering” through a news conference. Pelosi said Facebook knows the videos are false and should take them down.

“We have said all along, poor Facebook, they were unwittingly exploited by the Russians. I think wittingly, because right now they are putting up something that they know is false. I think it’s wrong,” she said. “I can take it … But [Facebook is] lying to the public.”

Pelosi added, “I think they have proven — by not taking down something they know is false — that they were willing enablers of the Russian interference in our election.”

Is Facebook in the habit of taking down gag videos of politicians? Nope.

The lip reading ones are already very popular.

But Speaker Pelosi is using false claims of a Russian conspiracy to intimidate a company into taking down a video making fun of her.

That is a democratic emergency.