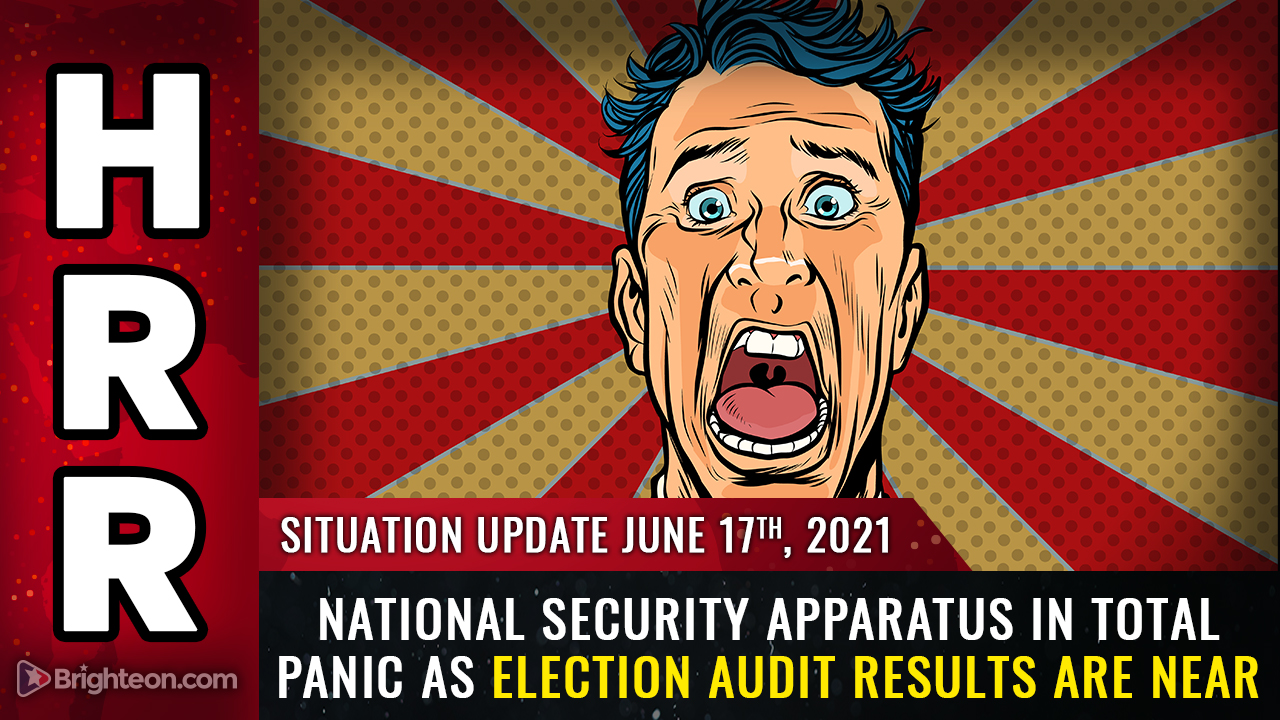 Natural News) The national security “deep state” is in an outright panic right now, desperately hoping to criminalize political opponents of the Biden regime before the results of the Arizona / Maricopa County ballot audit are revealed. The hand counting portion of the audit is now complete, and final results are expected in as little as ten days (around June 26th).

Corrupt national security operators know that once the audit results are made public, America will see that around 200,000 ballots are either fraudulent or missing, and Arizona will move to decertify its electoral college votes, thrusting the entire Biden “victory” into question. With audit efforts spreading to other states, it won’t be long before enough states decertify the electoral votes to push Biden below the electoral victory threshold of 270, effectively nullifying the Biden “presidency.”

In order to stop that from happening, it appears the corrupt DOJ and FBI are plotting the largest false flag event in American history as a way to terrorize the nation into obedience while distracting from election audit results. In the same way that the Jan. 6th capitol siege — which was clearly run by the FBI — instantly shut down all talk of US Senators even considering alternate electoral college votes submitted by many red states, the deep state knows that rolling out a massive false flag attack as the Arizona election results are released will drastically shift the narrative and focus the American people on media-induced hatred aimed at conservatives and gun owners.

This is why we expect to see the deep state attempt to pull off a large-scale mass shooting or bombing event of some kind, either in June or July, followed by media hysteria and a demand for nationwide gun confiscation and national security investigations into Trump supporters. In order for the Marxists to hold power, they must create a new crisis and use it to strip away any remaining constitutional protections from the American people.

They’ve already destroyed free speech and free elections; now they must destroy the freedom to bear arms and the freedom to express dissent via the First Amendment.

As Darren Beattie of Revolver.news now asks, “Does the national security apparatus do anything but conspire against the American people?”

Find a new podcast each weekday at Brighteon.com: