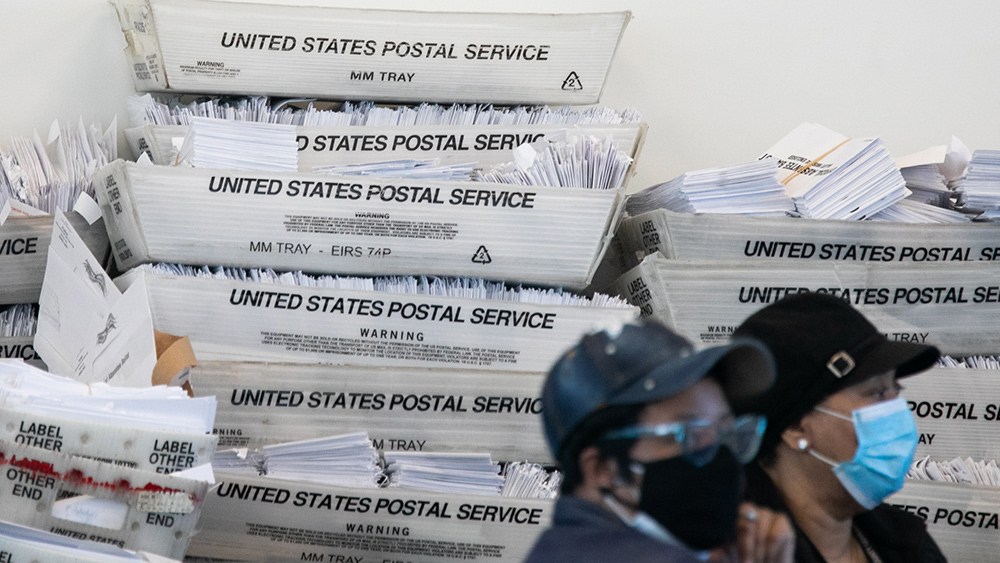 (Natural News) Former district attorney and Kansas attorney general Phill Kline says that upwards of 288,000 ballots “disappeared” in Lancaster, Penn., after being shipped there via USPS from Bethpage, New York.

Kline, who directs the Thomas More Society’s Amistad Project, claims to have evidence that between “130,000 and 280,000 completed ballots from the 2020 general election had been shipped from Bethpage, New York, before the ballots and the trailer in which they were shipped disappeared” on Oct. 21.

United States Postal Service subcontractor Jesse Morgan is the driver who came forward as a whistleblower to explain that he hauled 24 pallets’ worth of ballots from New York to Pennsylvania, where they vanished not long after that.

As it turns out, transporting prefilled ballots across state lines is a federal crime. Not only that, but other Postal Service workers say that other “widespread illegal efforts” were taken to influence the election in favor of Joe Biden, and many of them have already been in touch with law enforcement about it.

Kline indicated that the FBI, U.S. attorneys, and local prosecutors “who are aware of our evidence” have all been notified about the developments.

Throughout the process of transporting the now-missing ballots, Morgan indicated that Postal Service personnel had exhibited “odd behaviors” that “grossly deviate[d]” from their “normal procedure and behavior.” Morgan also confirmed that the ballots he was transporting had been completed, but that they were addressed to areas other than Lancaster where he was delivering them.

Morgan says he observed these and other anomalies before even finding out that the ballots later disappeared. This only added fuel to the fires of election fraud, prompting Morgan even more so to come forward and spill the beans.

To help in the fight against election fraud, check out attorney Sidney Powell’s Defending the Republic website.

The Amistad Project held an event on Dec. 1 in Arlington, Virginia, to showcase Morgan’s story. The civil liberties preservation group says it has filed numerous lawsuits in recent weeks, including one on Nov. 26 in Michigan.

Morgan’s story corroborates with another from fellow USPS subcontractor Ethan Pease of Madison, Wisconsin. Pease explained how he was told that the Post Office was planning to illegally backdate tens of thousands of ballots received after election day in order to make them count towards the official tally.

Both Pease and Kline explained that the purpose of this backdating was to circumvent the submission deadline for ballots, meaning all of those backdated ballots were received late and should have been discarded.

As to be expected, Wisconsin Attorney General Josh Kaul, a Democrat, rejects these claims, alleging that Kline is trying to “disenfranchise voters” by filing lawsuits against them that allege systemic fraud.

In Wisconsin where Pease was made aware of Postal Service voter fraud, an impossibly high percentage of voters is said to have participated in the 2020 election.

We also saw, just like in many other key swing states, that tens of thousands of Biden votes appeared out of nowhere after most Americans went to bed on election night, which is more than just a little bit suspicious.

“This should have been a historical landslide victory for President Trump, but the lousy, no-good-for-nothing Democrat socialist pigs just won’t allow it,” one commenter wrote about the situation.

For more related news about the fraudulent election, be sure to check out Trump.news.