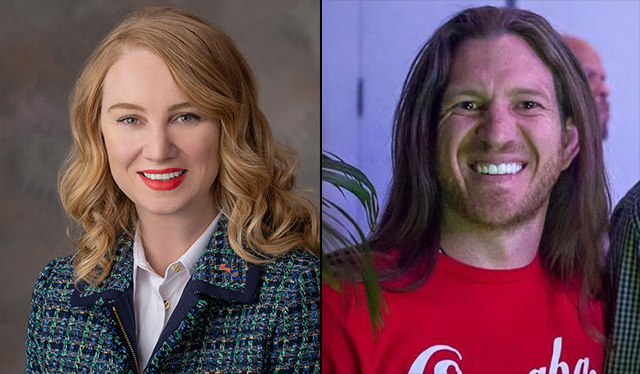 Nebraska State Senator Megan Hunt, a Democrat who describes herself as a “Bi Queen,” reacted to news of Jake Gardner’s suicide by heaping praise on the Black Lives Matter mob that protested to get him indicted and smearing him as a white supremacist.

Gardner, an ex-Marine and bar owner, killed himself on Sunday after being indicted for shooting a rioter in self-defense who attacked him.

Crediting the BLM mob who protested for three months to demand Gardner’s indictment, Senator Megan Hunt wrote on Monday: “The indictment of Jake Gardner would never have happened without the community, the people, who stood up for justice and demanded action from city officials.”

She then went on a delusional rant smearing Gardner as a white supremacist.

The indictment of Jake Gardner would never have happened without the community, the people, who stood up for justice and demanded action from city officials. Jake Gardner is gone, but the white supremacist attitudes that emboldened him are still with us today. https://t.co/IFw5ZXepAz

For white supremacy to be persistently rejected, it first needs to be unlearned. Sometimes over and over.

We wish unlearning racism could be as simple as denouncing a white hood, a burnt cross, vile language. But we have to address where supremacy begins, not just where it ends.

We need leaders to grow mental health services and decrease stigma around treatment so those of us who live with mental illness can be supported in crisis.

I am sad for the people of Nebraska that they elected such a vile, nasty woman.

Gardner, who served two tours in Iraq, reportedly killed himself after being terrorized for months by Black Lives Matter activists. He lost his bar after being evicted from his property despite the DA determining he acted in self-defense. He was indicted on made-up charges and his friend had two GoFundMe campaigns for him suspended.

“[Gardner’s friend] Justin recalled Gardner not sleeping, plagued by the unbearable stress,” The Post Millennial reported on Monday. “All Gardner wanted for the future was to move past this traumatic event and travel the United States with his service dog Bron, Justin stated.”

“Jake loved life and he was a very charismatic and made an effort to always put a smile on your face. The guy was so full of life and truly feel like he had one of the best souls!” Justin said.