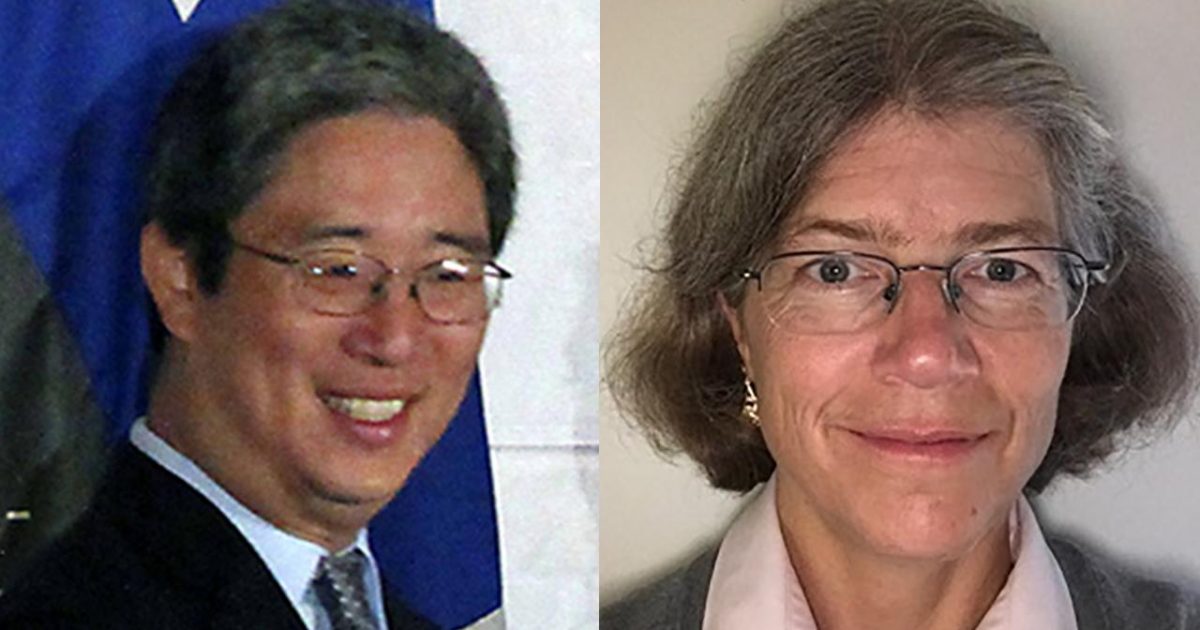 Seriously, Nellie Ohr must have taken a page from the Hillary Clinton “How to delete incriminating emails” playbook. Still, there is no one better at getting those pesky deleted emails than government watchdog Judicial Watch. Just as they have retrieved tens of thousands of Crooked Hillary’s emails from her illegal email server, they have also produced emails that Ms. Ohr thought she had removed to cover her tracks, and one indicates that she was clearly seeking to skirt the law by deleting certain emails.

Just to be clear, Ohr and her husband are the only ones I’ve personally named who I think will take the fall in this entire investigation. I’m not expecting Comey, McCabe, Strozk, Paige, Clinton or Barry to receive anything serious. After all, they are the players in all of this and this is all political theater anyway.

With that said, Judicial Watch reports:

To the fomenters of the coup against Donald Trump in the CIA, FBI and DOJ, we can add at least one high-ranking State Department official.

We have released four pages of documents from the U.S. Department of Justice showing a conversation between former Deputy Assistant Secretary of State for the Bureau of European and Eurasian Affairs Kathleen Kavalec and former Associate Deputy Attorney General Bruce Ohr, discussing the targeting of Donald Trump with Steele dossier material.

In discussing a meeting with the potential source for a Mother Jones article accusing the Trump campaign of taking money from a Russian-American oil magnate, as well as Christopher Steele’s connection to that source, Kavalec emails Ohr citing the accusatory Mother Jones article. Ohr says, “I really hope we can get something going here.”

In doing so, the organization obtained records via a Freedom of Information Act lawsuit against the Justice Department. Among those records they discovered some bombshells and one particular smoking gun, and when I say smoking gun, I mean it.

In a November 21, 2016, email exchange Kavalec thanks Bruce Ohr for “coming by” to discuss the work of the OCDETF (Organized Crime Drug Enforcement Task Force).

Kavalec provides Ohr with links to Mother Jones and Open Secrets articles that suggest a Russian-American oil magnate gave money to Trump’s campaign. Ohr responds, “I really hope we can get something going here.… We will take another look at this.”

Kavalec then replies to Ohr, saying that she had just reviewed the notes from her October 2016 meeting with Steele stating, “I see Chris [Steele] said [Simon] Kukes has [sic] some connection to Serge Millian.” Millian is a Belarus-born businessman who was an alleged source for the anti-Trump dossier. He developed a relationship with Trump campaign aide George Papadopoulos in 2016.

Kavalec recently came to national attention when her notes from her October 11, 2016, meeting with Dossier author Steele were revealed. In her notes, Kavalec said Steele told her of “a technical/human operation run out of Moscow targeting the election.” In Kavalec’s notes, she disputes some of the details asserted by Steele—indicating these were both researched, and disproven. Kavalec reported her findings directly to the FBI.

These documents are a shocking example of the Deep State plotting against President Trump – just weeks after he was elected. There’s now no doubt that Bruce Ohr and the Obama State Department were working the Clinton gang to target President Trump.

Judicial Watch also discovered via another Freedom of Information Act lawsuit that Nellie Ohry, whose husband is Bruce who was formerly at the DOJ, deleted their exchange of emails that were from his DOJ account.

Below is the smoking gun email.

Thanks! I’m deleting these emails now

According to Judicial Watch, “Nellie Ohr may be referring to an email exchange is between Bruce Ohr, Lisa Holtyn, Nellie Ohr, and Stefan Bress, a first secretary at the German Embassy. (The material was uncovered by us in 339 pages of heavily redacted records produced to us by the Justice Department.)”

The group also points out, “Nellie Ohr’s email has the same subject line as an email exchange with the subject line “Analyst Russian Organized Crime – April 2016” in which Bress initiates a discussion with Bruce Ohr and his top aide, Lisa Holtyn, proffering some “Russian analysts” to discuss a variety of topics with Ohr, Holtyn, and other DOJ officials. Among those topics to be discussed is “Impact of Russian influence operations in Europe (‘PsyOps/InfoWar’).””

“This email is disturbing and suggests documents relevant to the improper targeting of President Trump were destroyed,” wrote Judicial Watch. “The documents we received also revealed that Bruce Ohr remained, outrageously, in regular contact with former British spy and Fusion GPS contractor Christopher Steele after Steele was terminated by the FBI in November 2016 for revealing to the media his position as an FBI confidential informant.”

In commenting on the discovery and a call to investigate the investigators, including Robert Mueller, Judicial Watch President wrote a piece at The Hill.

Now that President Trump has been exonerated of the false accusations of collusion and obstruction, it is time to investigate the investigators.

The White House has justly praised the outcome of special counsel Robert Mueller‘s investigation for clearing the president of the odious charges that have hung over his presidency since even before his inauguration. The Mueller report overall was favorable to the president, but it also should be remembered as the Mueller special counsel’s final abuse of power. There were nearly 200 pages of irrelevancies about Russia collusion, but it couldn’t disguise the fact that all of those alleged contacts between the Russians and the Trump campaign amounted to nothing, legally or substantively. And the fact remains that the institutional climate in the Justice Department has been so hostile to the president that we can be certain that, if there had been even a scintilla of evidence supporting a criminal indictment, it would have been pursued.

Liberal members of Congress and their media allies are furious with Attorney General William Barr because he blew up the Mueller report smear job before it was out of the box. The Mueller team wanted to drop its 448-page bomb on the American people, who then would have had to sort through the innuendo and fake legal analysis without context. To his great credit, the attorney general imposed necessary discipline on the release, explaining to Congress and the American people in stark terms that there was no collusion and no obstruction. For this truth-telling, he faces impeachment threats, not plaudits, from the Democratic-media swamp.

The continuing argument over “obstruction” fits with the evident agenda of the anti-Trump Mueller team to create lingering political difficulties for the president, even though he has been cleared of legal jeopardy. Some of the Mueller operation’s so-called obstruction theories are ridiculous, such as that the president could not object to being targeted for investigation. Is it now a crime for someone falsely accused to be upset about it? Mueller presumes guilt and then refuses to “exonerate” President Trump. This turns our legal system upside down and shows the rule of law is no bar to smearing President Trump.

What is missing from the Mueller report is an honest discussion about the origins of the unverified hearsay in the “Steele dossier” that formed the underpinning of the unprecedented spying effort against Trump and his campaign. But looking ahead, the Steele dossier, its genesis and the actions of members of the Obama administration who exploited it to target the Trump campaign, are very much in the crosshairs. Justice Department Inspector General Michael Horowitz’s investigation of the abuse of the Foreign Intelligence Surveillance Act process will soon conclude, and may result in criminal referrals. Attorney General Barr also promises an even broader investigation of “Spygate” abuses.

And the abuses were not limited to the Justice Department. The U.S. intelligence community was politicized to an extent never seen in history; the State Department played a role in pushing the sham collusion story. And President Obama almost certainly knew about and approved the spying being conducted on the Trump campaign.

Judicial Watch is not waiting for government investigators, however. We have pending approximately 50 Freedom of Information Act (FOIA) lawsuits seeking information on the anti-Trump coup.

Judicial Watch has, to date, pursued more than 40 FOIA lawsuits in an effort to get to the bottom of the “Russiagate” hoax, including dozens explicitly dealing with the illicit targeting and other abuses of power against President Trump. We also have 10 lawsuits dealing with the Mueller investigation specifically — because this assault on the rule of law is a dire threat to our republican form of government.