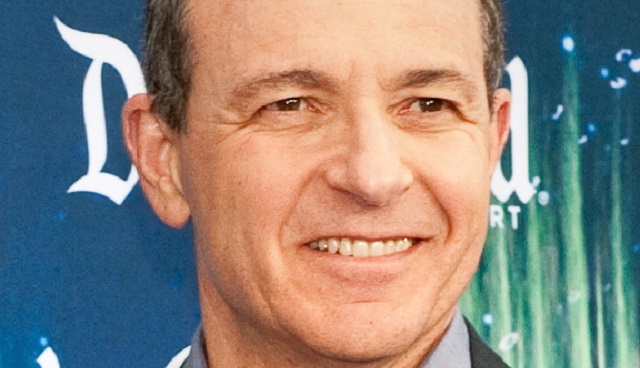 Netflix this week threatened to pull out of Georgia over their newly-passed anti-abortion law and said they’re going to “work with the ACLU and others” to “fight” the law in court.

So far actors and production companies have been the most vocal about a controversial Georgia anti-abortion law, but now Netflix has entered the conversation.

In an exclusive statement to Variety, Ted Sarandos, Netflix’s chief content officer, said “We have many women working on productions in Georgia, whose rights, along with millions of others, will be severely restricted by this law.”

“It’s why we will work with the ACLU and others to fight it in court. Given the legislation has not yet been implemented, we’ll continue to film there, while also supporting partners and artists who choose not to,” Sarandos said. “Should it ever come into effect, we’d rethink our entire investment in Georgia.”

Oh, you thought you had a democracy?

This is your democracy:

Walt Disney Co Chief Executive Bob Iger told Reuters on Wednesday it would be “very difficult” for the media company to keep filming in Georgia if a new abortion law takes effect because many people will not want to work in the U.S. state.

Disney has filmed blockbuster movies in Georgia such as “Black Panther” and “Avengers: Endgame,” and it would be a blow to the state’s efforts to create production jobs if the entertainment giant stopped filming there.

Georgia’s Republican governor signed into law on May 7 a ban on abortion after a doctor can detect a fetal heartbeat – about six weeks into a pregnancy, before many women know they are pregnant. The law is due to take effect on Jan. 1, if it survives court challenges.

Asked if Disney would keep filming in Georgia, Iger said it would be “very difficult to do so” if the abortion law is implemented.

“I rather doubt we will,” Iger said in an interview ahead of the dedication for a new “Star Wars” section at Disneyland. “I think many people who work for us will not want to work there, and we will have to heed their wishes in that regard. Right now we are watching it very carefully.”

If the law takes effect, “I don’t see how it’s practical for us to continue to shoot there,” he added.

This guy nailed it:

There’s no reason to even believe these laws will be upheld by the Supreme Court but corporate America is waging total war on the people of Georgia anyways just to send a message.

There is no higher value in our cosmopolitan overlords’ minds than a woman’s ability to kill her own baby free from any consequence.

The Satanic Temple announced Tuesday they’re going to challenge an Indiana law requiring the remains of aborted babies to be cremated or buried.

The Satanic Temple said Tuesday that in the name of religious liberty, it would challenge a Supreme Court ruling that upheld an Indiana law requiring the burial or cremation of fetal remains.

The group, based in Salem, Mass., has declared immunity for its members from the law, it said in a news release.

“One of the Satanic Temple’s fundamental tenets is the inviolability of one’s body,” the group said in a statement. “Members … believe that nonviable fetal tissue is part of the woman who carries it.”

[…]”This law clearly places an undue burden on the religious practices of the Satanic Temple by interfering with burial rites,” said spokesperson Lucien Greaves “To be clear, members of the Satanic Temple will not be made to pay for these punitive, superfluous and insulting burials. We claim exemption on religious-liberty grounds, and we will almost certainly prevail in the courts if we are forced to fight. “

Abortion is a religious sacrament.

Women must be allowed to kill their own babies at any point — even post-birth — and then throw their aborted babies straight into the trash to thunderous applause.

The State of New York has effectively legalized abortions up to birth and leftists and Governor Andrew Cuomo are absolutely giddy.

This is “our values.”

UPDATE: Nearly all the major studios have joined in the pile on.

WarnerMedia, CBS Corp, Viacom Inc, NBCUniversal and “Walking Dead” producer AMC Networks Inc weighed in a day after Walt Disney Co’s chief executive, Bob Iger, told Reuters that many people will not want to work in Georgia if the law is implemented, making it “very difficult” for the company to film there.

[…] Comcast Corp’s NBCUniversal unit said that while it expects many of the laws will face court challenges, “If any of these laws are upheld, it would strongly impact our decision making on where we produce our content in the future.”

AT&T Inc’s WarnerMedia, which owns HBO and the Warner Bros movie studio, made similar statements, as did the other media companies.

Most of these companies have no issue working with China which throws Muslims into reeducation camps or Saudi Arabia which executes homosexuals, but Georgia must be destroyed for trying to protect babies in the womb.

Disney threatens to boycott Georgia but apparently has no issue partnering with a communist regime putting Muslims in internment camps https://t.co/ht8wEpQj3A