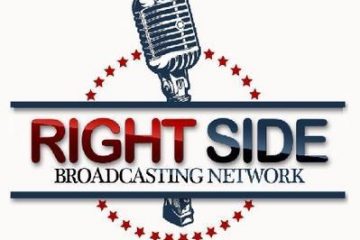 Another day, another case of blatant tech censorship against conservatives.

“After 300 million + views of President [Trump’s] rallies and 4 years following the rules on YouTube, our live streaming ability was taken away with no explanation. We have ZERO copyright or community violations on our account. We are shocked. Why, [YouTube]?” the network said on Twitter.

After 300 million + views of President @realDonaldTrump rallies and 4 years following the rules on YouTube, our live streaming ability was taken away with no explanation. We have ZERO copyright or community violations on our account. We are shocked. Why, @YouTube? #FreeRSBN pic.twitter.com/WJta2GPUx8

RSBN has been a staple of the Trump-supporting community for a period of years. Their live coverage of Trump’s massive rallies has been streamed into campaign events for conservative candidates for public office, GOP county meetings, and conservative homes since before Trump was elected.

The group took a screenshot proving that it had no violations of YouTube’s terms of service.

“As you can see, our account is free from any violations,” it said.

As you can see, our account is free from any violations. pic.twitter.com/riZtiJSCvQ

“This streaming ban will severely impact our ability to travel to and broadcast Trump rallies,” the organization said in a later Tweet.

Big Tech, including Google-owned YouTube, has been censoring conservative influencers and those who might help direct support towards Trump since before his election, too. But usually, when they ban a group or individual, they at least do it under the pretext of some dubious “terms of service” violation. In this case, it seems that RSBN’s live streaming ability – on which its business depends and millions rely for coverage of Trump – was stripped without any pretext. This is the next level of Silicon Valley authoritarianism.

But there’s another obvious difference between this ban and previous ones: Big Tech has now upped its game to censor an entire network, not just an individual user. RSBN has 380,000 subscribers and a crew of workers who travel to each rally to cover it live. It relies on user donations to survive. Without being able to stream, the entire operation will likely go bust, leaving its subscribers without an outlet to watch Trump’s rallies. Left-wing cable news outlets generally refuse coverage out of petulance. The breadth of this particular instance of censorship is difficult to grasp.

The ban comes just one week after we reported that Big Tech, including Google, will partner with U.S. Intelligence and law enforcement entities to fight “fake news” and disinformation in the 2020 election cycle. Considering that James Comey and company of the Federal Bureau of Investigation (FBI), the nation’s top law enforcement agency, actively worked against Trump in 2016, it’s not outlandish to be skeptical of such a partnership.

Google is known for its hatred of conservatives. It donates vast sums to leftist candidates, and one of its former engineers is on the record saying that the company is rooting against Trump in 2020. The company’s executives and employees actually cried the day after Trump won in 2016, and said that Trump supporters were filled with “fear, xenophobia, hatred.” But don’t worry, I’m sure they can be trusted to work with the same law enforcement entity whose highest level employees said they would be sure to “stop” Trump from winning in 2016.