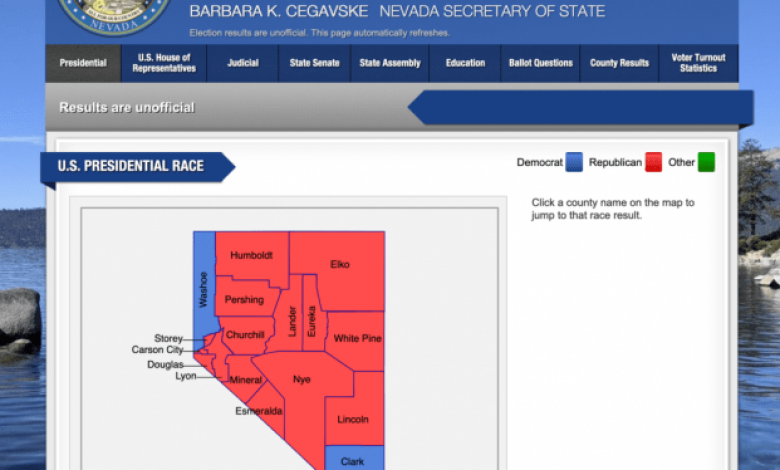 It’s truly incredible that the news media claims there is “zero evidence” of voter fraud, despite decades of evidence, undercover video of confession of those that commit voter fraud and statistical impossibilities. Yet, here’s another one out of Nevada. More votes were cast in the 2020 presidential election than there were ballots cast.

From Nevada’s own state election site:

There are 77,982 more votes in the Presidential election than there are casted ballots in Nevada. Biden has a +33,596 margin currently.

Now, why is this all of a sudden becoming an issue when it was not previously? Is it really because Trump is in office or is it because this is a mechanism to either begin to alter our constitutional republic and/or voting laws? I tend to think it is the latter and that President Trump is merely the point man to get the masses in line to demand such changes.

Time will tell, but it falls right in line with what G. Edward Griffin revealed in my recent interview concerning a Marxist-Leninist revolution.

Tim Brown is an author and Editor at FreedomOutpost.com, SonsOfLibertyMedia.com, GunsInTheNews.com and TheWashingtonStandard.com. He is husband to his “more precious than rubies” wife, father of 10 “mighty arrows”, jack of all trades, Christian and lover of liberty. He resides in the U.S. occupied Great State of South Carolina. . Follow Tim on Twitter. Also check him out on Gab, Minds, MeWe, Spreely, Mumbl It and Steemit
(Visited 28 times, 1 visits today)
Share
Tweet
Share
Pin