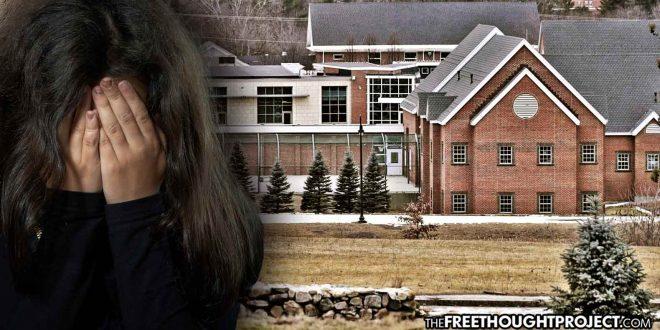 Concord, NH — According to a recent investigation by the state of New Hampshire’s attorney general’s office, a state-run youth detention center has been ground zero for an utterly horrifying child torture and sex abuse ring spanning the course of decades. According to officials and a recent lawsuit, hundreds of victims have come forward alleging the abuse by over 100 government employees, and multiple arrests have been made.

4 Worst Blood Pressure Drugs
Simple Blood Pressure Fix
The abuse took place at the Sununu Youth Services Center, formerly known as the Youth Development Center. In 2019, the taxpayer funded center became the subject of an investigation after two staffers were arrested. The two former staffers were charged with 82 counts of child rape.
According to investigators, however, those charges were all temporarily dropped in order to expand the investigation. Now, two years later, the original two staffers have been re-arrested as well as six others for their roles in the child rape and torture ring which spanned decades

Though, according to the AP, the attorney general’s office didn’t comment on the possibility of further arrests, they did announce that this was “merely a step forward” and that the investigation will continue — implying that there are many more abusers to go after.

“Today’s arrests make clear that this administration is committed to holding these perpetrators accountable for their detestable actions,” said Gov. Chris Sununu — the facility’s namesake. “This is not over, and we will continue to investigate these horrific allegations.”

According to the Associated Press:

James Woodlock, 56, of Manchester, was charged with three counts of being an accomplice to rape between 1997 and 1998. David Meehan, the lead plaintiff in the civil lawsuit, alleges that Woodlock repeatedly beat him, held him down while Buskey raped him and told him he had “simply misunderstood events” when he spoke up during a group counseling session.

In a worrisome move, after the original investigation was launched, Woodlock left the facility and became a probation officer — for children. However, he was fired this week from his position after his arrest was made public.

On top of the arrests this week, several of the alleged child rapists who were arrested have also been named in a lawsuit in which more than 200 men and women allege they were physically or sexually abused as children by 150 staffers at the Manchester facility from 1963 to 2018.

200 Men And Women Allege They Were Physically Or Sexually Abused As Children By 150 Staffers At The Manchester Facility From 1963 To 2018.

According to the lawsuit, the facility was a “magnet for predators.” According to the lead attorney, Rus Rilee, children were gang raped by counselors, beaten while being raped and forced to sexually abuse each other, he said. Some ended up with sexually transmitted diseases; one ended up pregnant.

“Staff members choked children, beat them unconscious, burned them with cigarettes and broke their bones, Rilee said. Counselors set up “fight clubs” and forced kids to compete for food. Children were locked in solitary confinement for weeks or months, sometimes shackled or strapped naked to their beds. Kept away from classrooms while their injuries healed, some can’t read or write today,” he said, according to the AP.

“These broken, shattered children were then unleashed into society with no education, no life skills and no ability to meaningfully function,” said Rilee.

Dite reassurances from the state Division for Children, Youth and Families claiming their mission is to protect children, the child rape and torture was systemic, according to the lawsuit.

“The systemic, governmental child abuse that occurred was allowed to occur because there wasn’t sufficient oversight, and the state was institutionally negligent in their hiring, training, supervision and retention polices,” Rilee said. “It’s pretty clear to me that this facility was a magnet for predators.”

ShipStation Shipping Software – Try it Free
No other platform makes shipping faster, easier and more affordable.
Matt Agorist is an honorably discharged veteran of the USMC and former intelligence operator directly tasked by the NSA. This prior experience gives him unique insight into the world of government corruption and the American police state. Agorist has been an independent journalist for over a decade and has been featured on mainstream networks around the world. Agorist is also the Editor at Large at the Free Thought Project.
(Visited 13 times, 1 visits today)
Share
Tweet
Share
Pin