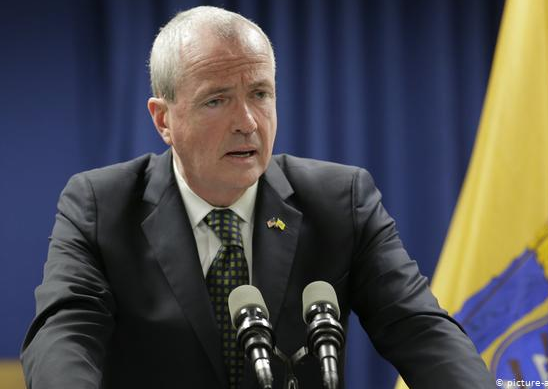 New Jersey’s Democrat governor has just proposed what could be the highest fees in the nation for owning and carrying a gun.

Gov. Philip D. Murphy (D) is pushing to add to his state’s already strict gun laws by proposing an increase in New Jersey’s state fees, making it nearly 20 times more expensive to own and carry a gun, The New York Timesreported.

Under Murphy’s plan, firearm identification cards would increase from $5 to $100, while an owner’s permit – currently $2 would go up to $50and a carry permit would cost $400, skyrocketing up from the current rate of $20.

“There’s no war on responsible gun owners,” Mr. Murphy claimed. “We can support the efforts of the attorney general, state troopers, county, and local law enforcement, to do the stuff we need to do: track crime, track gun violence, combat trafficking of illegal guns.”

Murphy is also looking to add an ammunition excise tax of 10 percent and a firearms excise tax of 2.5 percent as part of the state budget which must pass the Legislature by June 30.

The Democrat, who signed a “high capacity” magazine ban in New Jersey back in December, said funds from the proposed new fees would go toward anti-violence initiatives, although The Times noted that “he is prohibited by state law from directing the new revenue toward specific programs.”

Democrats who control the State Legislature are reportedly not happy about the proposal which would basically be imposing new taxes on New Jersey residents who own and carry guns. But gun owners and gun-rights groups see it as something more.

“This is clear bullying of law-abiding gun owners in the state,” Cody McLaughlin, spokesman for the pro-hunting group New Jersey Outdoor Alliance, said. “You’re talking about sportsmen that are already paying hundreds of dollars a year in license fees.”

Many slammed the proposal for the obvious effect it will have on those in lower-income homes, essentially pricing them out of being able to own a firearm.

“It’s going to affect gun shops tremendously,” Lisa Caso, a gun-store owner in Jersey City, said. “It’s going to deter a lot of people from buying permits. In our business, you have people coming in who barely have money to buy the most modestly priced guns, which are around $300.”

“I think what Murphy would want to happen is for every gun shop in the state of New Jersey to just close,” she told The Times, noting that her customers have said they are stocking up on permits now in case the proposal goes through.

The annual revenue from the new fees and taxes is projected to be about $9 million, according to the State Treasury Department. This represents only a small fraction of the state’s $38 billion overall budget.

“I think we’ve done a lot of gun reform in this state. We are the most progressive state in the nation when it comes to gun reform,” Senate President Stephen M. Sweeney said, according to The Times. “Just to check a box to say you did something, I’m not sure that’s necessary. I don’t think it’s going to raise a lot of money.”