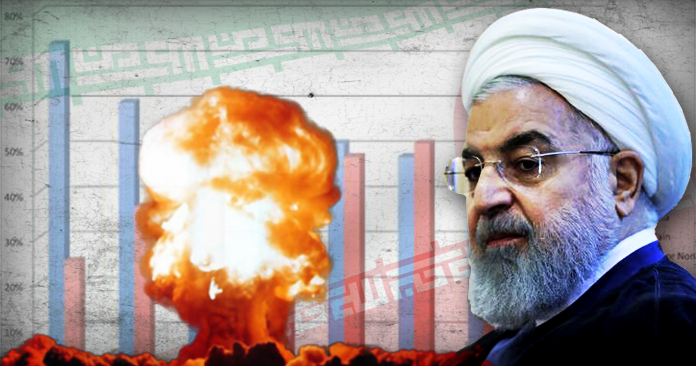 (ZH) Americans are opposed to going to war against Iran by a more than two-to-one margin according to a new poll.

This week relations between Iran and Washington entered a heightened intensity and new war of words, with the dangerous potential for an actual war seeming to rise daily, especially after President Trump’s latest twitter warning to Iran of “consequences the likes of which few throughout history have ever suffered before…” should Iran’s leaders threaten the United States.

The US has repeatedly threatened to throttle Iran’s international oil trade as it’s moved closer to imposing sanctions on countries including key allies that don’t eliminate or significantly cut imports of Iranian oil by Nov. 4. It’s but the latest crisis to emerge after the White House pulled the US out of the 2015 Iran nuclear deal in May. This is why gauging public opinion on the prospect for war with Iran is particularly important at the end of this week.

The new HuffPost/YouGov survey finds the prospect of war with Iran out of step with the American public on a bipartisan basis:

Just 23 percent of the public say they’d support the U.S. deciding to declare war on Iran, while the majority, 53 percent, oppose the idea. Just 9 percent would strongly support declaring war, while 37 percent are strongly opposed.

The survey further finds: “Voters who backed Hillary Clinton in the last election are the most vehemently against the idea, with 82 percent opposed and just 6 percent in favor; non-voters are also opposed, 48 percent to 20 percent.”

And concerning Trump supporters: “Voters who backed President Donald Trump’s campaign are more likely to support a war against Iran, but even among that group, backing remains below the majority level, with 47 percent saying they’d support declaring war, and 29 percent that they’d oppose it.”

To Iranian President Rouhani: NEVER, EVER THREATEN THE UNITED STATES AGAIN OR YOU WILL SUFFER CONSEQUENCES THE LIKES OF WHICH FEW THROUGHOUT HISTORY HAVE EVER SUFFERED BEFORE. WE ARE NO LONGER A COUNTRY THAT WILL STAND FOR YOUR DEMENTED WORDS OF VIOLENCE & DEATH. BE CAUTIOUS!

The poll also found that 60% of Americans surveyed were aware of the Trump tweet through news reports, with 12% saying they’d seen in directly on twitter.

About 60 percent of Americans polled say they’d heard about Trump’s tweet, although just 12 percent had seen it directly on Twitter, with the rest learning about it from the news.

The poll concludes of Trump’s general handling of Iran-related issues: “Overall, 36 percent of Americans say they approve of Trump’s handling of issues related to Iran, while 42 percent disapprove, and the rest is uncertain. That net -6 is slightly more positive than overall views of Trump’s job performance.”

There are a number of hawks in the Trump administration who would like to see a preemptive strike happen based on the claim of an alleged continuing nuclear weapons program, most notably among them national security adviser John Bolton and Trump attorney Rudy Giuliani. Though notorious uber-hawk Bolton may have had his wings clipped by President Trump, he’s on record as wanting “regime change in Tehran” before 2019.