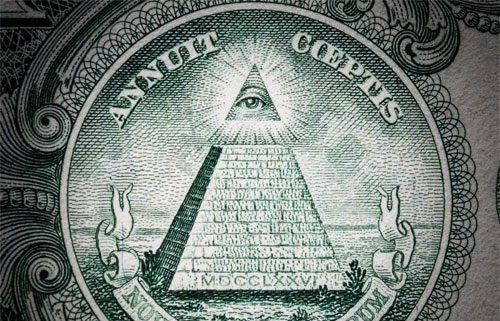 The New World Order is on a roll. The world’s ruling classes are now publically pushing the “Great Reset” on us. The people who got extremely wealthy following by selling out humanity to the international banking cartel are here to convince you that everything needs to reset under a NWO.

The crazy part is that some people seem pretty excited about it. They actually believe that the same criminals who have been robbing them blind while creating money out of thin air for themselves and the government are going to wipe away their debts and “allow” them to live peacefully in a home that they won’t have to pay off and those same bankers will expect nothing in return. Wake up. Central banks are the problem and the owners of them are the Zionist International Banking Cartel that is the NWO.

It All Comes Back To The Federal Reserve: The NWO Is Being Shoved Down Our Throats

At a virtual meeting earlier in June hosted by the World Economic Forum, some of the planet’s most powerful business leaders, government officials, and activists announced a proposal to “reset” the global economy. Instead of traditional capitalism, the high-profile group said the world should adopt more socialist policies, such as wealth taxes, additional regulations and massive Green New Deal-like government programs.

“Every country, from the United States to China, must participate, and every industry, from oil and gas to tech, must be transformed,” wrote Klaus Schwab, the founder and executive chairman of the World Economic Forum, in an article published on WEF’s website. “In short, we need a ‘Great Reset’ of capitalism.” –The Hill

Except capitalism doesn’t exist anywhere anymore legally. So what they are really asking for, is your enslavement to them. Politicians are simply their puppets and we are the tax cattle. Those at the very top will “allow” us to share the earth with them, so long as we pay and enrich them along the way.

Joining Schwab at the WEF event was Prince Charles, one of the primary proponents of the Great Reset; Gina Gopinath, the chief economist at the International Monetary Fund; António Guterres, the secretary-general of the United Nations; and CEOs and presidents of major international corporations, such as Microsoft and BP. Activists from groups such as Greenpeace International and a variety of academics also attended the event or have expressed their support for the Great Reset.

The rulers, politicians, and sociopaths that think they own everyone do not care about us. They do not have our best interests in mind. They want us to comply or no longer inhabit a planet they believe they own. We have to stop acquiescing and we must not allow this Great Reset to go forward. It will not be in your best interest. Those at the top need others for only one thing, to comply so they can get richer. This isn’t a conspiracy theory, it’s a fact.

Specific totalitarian details about the Great Reset won’t be rolled out until the World Economic Forum meets in Davos in January 2021, the general principles of the plan are clear: world domination by the few who will allow those compliant to their orders to live on the Earth.

There will be more crises after people stop panicking over the “second wave” which is getting even more pushback than the first round of lockdowns. It’s hard to say what these psychopaths will try next, but we can almost be certain it’ll be a scam just like the coronavirus. As I keep suggesting, keep your eyes wide open, do your research, and keep prepping but do not live in fear or lose sleep over this. These power-hungry sociopaths WANT you to fear them. They feed off it, and that’s obvious if you spend a mere 30 seconds watching any mainstream media channel on TV. Stay alert, practice situational awareness, and live freely without fear. That’s honestly the best hope we’ve got right now until more wake up.