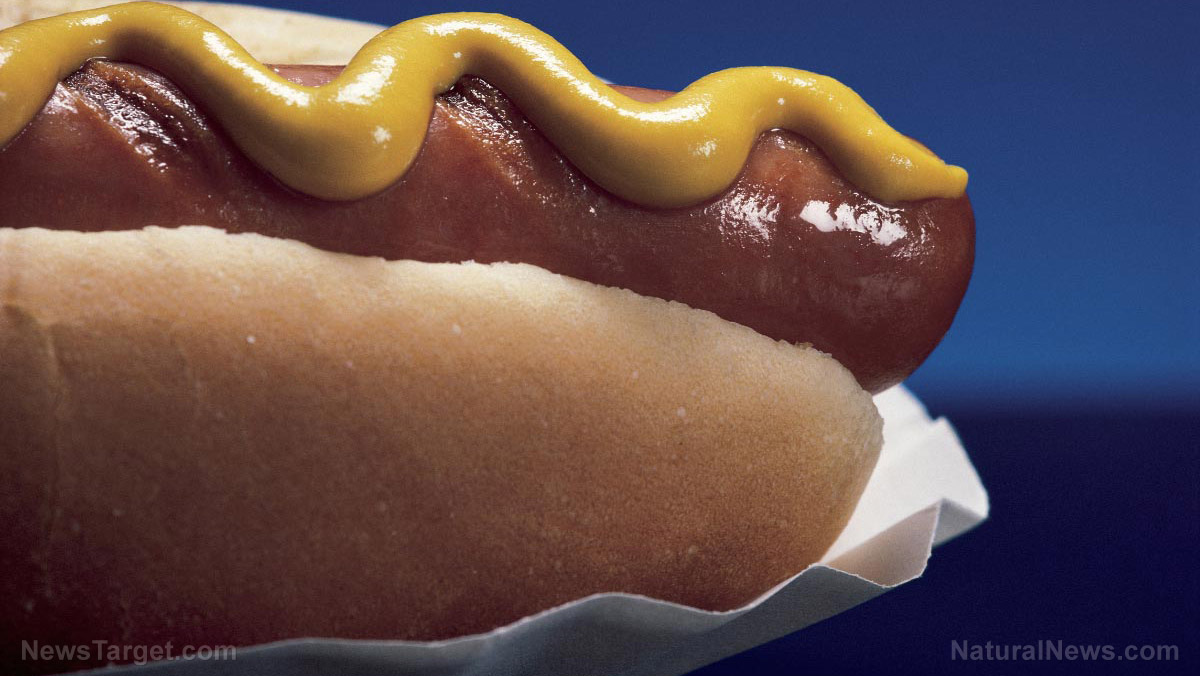 (Natural News) There are many reasons to avoid eating hot dogs: They’re loaded with salt and fat, often contain an array of controversial additives and are a potential carcinogen. Hot dogs are by no means a “health food,” but in New York City, they are a staple — or at least, they were. NYC liberals are now seeking to ban one of the city’s most iconic foods in the name of climate change. According to reports, Mayor Bill de Blasio signed New York’s own take on the “Green New Deal” into law in mid-April.

Processed meats of all kinds are now facing the axe in NYC. For a city renowned for its hot dogs and deli sandwiches, this new legislation is definitely going to be a hard sell. What are they going to ban next, pizza? Cheese isn’t good for the environment either — all those dairy cows producing cow farts, warming up the environment with their flatulence. Perhaps the next socialist suggestion will be to ban food entirely, and we can all starve to death in solidarity as we “save the planet” with mass suicide.

While the legislation currently only affects city organizations such as public schools, hospitals and correctional facilities, there is no telling what kind of legislation will come next. As long as it’s for “climate change,” it seems there is no limit to leftist virtue signaling.

NYC could have banned hot dogs and processed meats in public schools and hospitals simply because they’re an unhealthy food to serve. But they didn’t do that — they banned them to stop big, bad climate change. Poor nutrition is a major contributor to disease. Experts say 70 percent of all deaths are related to poor diet. From a health standpoint, banning hot dogs in schools and so on isn’t necessarily a bad idea.

But that’s not why they did it. And if these politicians don’t care about the health of their constituents, why should anyone believe they actually care about climate change? This new bill shows pushing the agenda is all that really matters. It’s not about saving the planet. It’s about toeing the party line and pandering to voters.

Former Harvard physicist Dr. Lubos Motl has spoken out about the insanity of NYC’s recent hot dog ban. He stated:

The effect of the New York ban on the temperature of Earth is again in tens of microkelvins – it’s totally negligible. Will you seriously cripple the quality of your life because of some microkelvins, especially if you know that the weather will be infinitesimally better if you eat some of the processed food? … I think it will be necessary to separate the people like Bill de Blasio from the sane people who understand why such bans are insane, unscientific, medieval rituals.

The degree of insanity that these people are spreading in the world – and their impact (the New York City is more than just an average village) – are reaching truly dangerous proportions.

Dr. Motl has spoken out against climate change propaganda in the past, saying it is an “unscientific movement” based on “garbage.”

NYC’s ban on processed meats is nothing more than a grand display of liberal virtue-signaling. It will not help the environment, but at least the politicians can tell voters they did something. More importantly, however, this little foray into authoritarianism may well be a foreshadowing of things to come for New York.

As the Daily Wire notes, the Green New Deal also sought to completely eliminate livestock cultivation in the U.S. And it looks like NYC is beginning to test the waters. First it starts with public organizations, next thing you know you can’t even buy a hot dog at the supermarket. Smart governments don’t seize power all at once — they take it bit by bit. And if they’re really smart, they even convince citizens to ask Big Government to take their rights away.

See more coverage of the latest leftist atrocities at LeftCult.news.