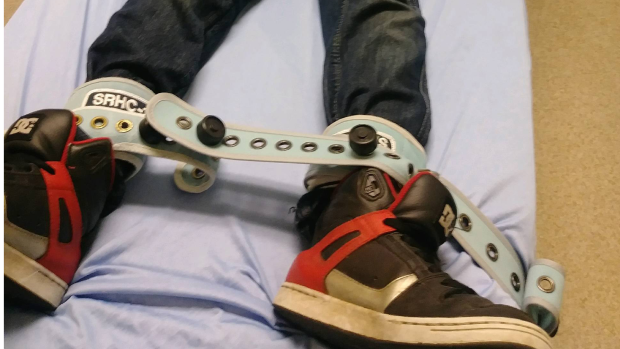 (Natural News) Not content with allowing their medical freedoms to be steamrolled by the Big Pharma mafia, a group of 55 families in New York is reportedly suing the state over its repeal of laws protecting religious exemptions from mandatory vaccination.

The lawsuit, which was filed on July 10, petitions the New York State Supreme Court to reverse a bill that was signed into law on June 13 by Andrew “Infanticide” Cuomo that repeals the religious exemption clause from the state’s vaccination policies.

The 55 plaintiffs, which include Christians, Jewish, and Muslim families, say that taking away religious exemptions from vaccination violates their First Amendment rights. Further, Cuomo’s law violates the separation of church and state by breaching the protections afforded to religious people under the Constitution’s Equal Protection Clause.

While these 55 families are the only ones actually named in the suit, it technically covers some additional 26,000 New York families that have filed for religious exemptions for their children to attend schools, both public and private, without having to be forcibly vaccinated.

Under Cuomo’s new law, unvaccinated children can no longer attend either private or public school, forcing parents to choose between violating their religious convictions and faith, or depriving their children of a proper education.

“Currently, more than 26,000 New York State families are without school for their children,” says Michael Sussman, the attorney representing the 55 families named in the suit.

“Today, they cannot attend school even though they are healthy and have not been excluded from school because anyone in their school has the measles,” he adds. “These petitioners need immediate relief or their religious exercise will continue to be sacrificed for no compelling reason.”

The families that have been “devastated” by Cuomo’s law currently have no choice but to homeschool their children if they want to continue exercising their religious beliefs by not vaccinating them. Many of these families can’t afford to do so, however, which means their children are now stuck in limbo because of the medical police state.

The First Amendment to the United States Constitution prohibits the government from violating the religious beliefs of Americans by forcing them to do things that violate their faith, including mandatory vaccination.

“[T]he legislative process for approving the bill did not consider any relevant data, such as statewide vaccination rates, whether any unvaccinated child has transmitted measles, and what risk people who do not vaccinate based on religious beliefs pose to vaccinated people,” The Epoch Times further explains.

Instead of actually looking for facts, in other words, proponents of Cuomo’s law instead waged war on religious freedom, calling it “utter garbage” and “fabricated.”

“Religious rights are fundamental,” says Robert F. Kennedy Jr. of Children’s Health Defense, whose organization has similarly filed a lawsuit against New York State for trampling the religious freedoms of its residents.

“It is unconstitutional for the state to deprive people of such important rights when religious animus has played a key role,” Kennedy contends, adding that the enactment of “such harsh legislation without any legislative fact-finding and with the legislators’ open display of prejudice towards religious beliefs different than their own, is simply un-American.”

“It is essential that we fight this,” he’s quoted as saying.

In addition to violating the U.S. Constitution, Cuomo’s law also violates New York State’s constitution because it directly interferes with and violates religious liberty, which is supposed to be protected against the type of egregious assault that New York’s legislators are engaging in as they force all residents to be jabbed against their will.

“This represents an unreasonable interference in the religious exercise of plaintiffs because the means and methods provided by state law were never shown to be inadequate or insufficient to deal with the outbreak,” the suit maintains.