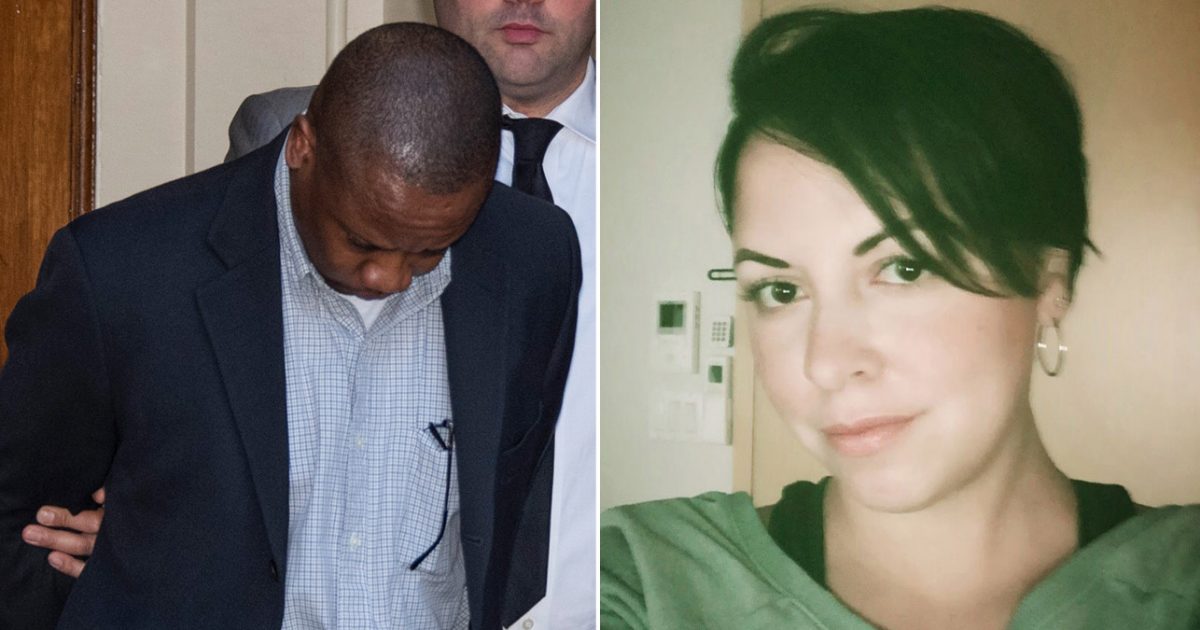 A man accused of murdering his pregnant girlfriend in New York had a charge of “abortion,” commonly known as the murder of a baby, dropped due to the “Reproductive Health Act” signed by Governor Andrew Cuomo in violation of natural, biblical and Constitutional law, which is first and foremost to uphold the right to life.

Anthony Hobson, 48, had the charges dropped against the murder of the infant his girlfriend was carrying dropped due to Cuomo’s unlawful “law.”

He was, however, charged with the fatal stabbing of Jennifer Irigoyen, 35, according to Queens District Attorney Richard Brown.

Hobson was supposed to be charged with second-degree abortion, whatever that is, but a DA spokeswoman later told The New York Post that the abortion charge “was repealed by the Legislature, and this is the law as it exists today.”

A pregnant New York real estate agent lost her life, and her baby’s in a brutal attack.

As RadarOnline.com has learned, 35-year-old Jennifer Irigoyen was stabbed to death in the entrance of her Queens apartment this Sunday, February 3.

Police arrived at the scene at around 1 a.m. to find Irigoyen — who was five months pregnant — suffering from severe stab wounds to her neck and torso, the NYPD told PEOPLE.

Irigoyen was quickly transported to Wyckoff Heights Medical Center but was pronounced dead soon after. Her unborn baby also died in the attack.

In an earlier report, The New York Times added:

The killer targeted the 35-year-old woman’s stomach, according to the building super, who said she watched surveillance video footage that captured the murder.

“He’s got a knife! He’s going to kill the baby!” shouted five-months-pregnant Jennifer Irigoyen around 1 a.m. as her attacker pulled her from her third-floor Ridgewood walk-up and down the stairs to the building’s entranceway, horrified witness Maurice Roman Zereoue told The Post.

A neighbor who only gave her first name, Kristin, said she heard a man and Irigoyen arguing loudly and then the victim “yelling … about wanting to protect her baby.’’

Building super Lisa Raymos said surveillance video showed that “The first time, he stabbed her in the stomach.’’

Zereoue said he only saw the killer’s hoodie-covered head — and what looked to be a butter knife in his hands. Raymos said the suspect appeared to be in his 30s.

“I seen him dragging her down the stairs,” said Zereoue, who peered into the third-floor hallway after hearing Irigoyen’s anguished cries for help. “I seen her hands hanging on” to a hallway wall for dear life.

By the time Zereoue’s girlfriend called 911 and he ran down to the lobby of the 60-80 Myrtle Ave. building, Irigoyen was gasping for air, her loyal dog at her side, the neighbor said.

“She was at the bottom of the stairs bleeding out,” said Zereoue, 27. “She had a little dog with her, a pug, I think. Its feet were soaked in blood.”

The victim — a classically trained pianist who sold luxury homes and also worked as a professional Latin ballroom dancer and Zumba instructor — was stabbed several times in her neck and the left side of her stomach, police sources said.

She also had defensive wounds on both hands.

“She was fighting for her life,’’ a law enforcement source said.

The mortally wounded woman tried to name her killer but couldn’t choke out the words over the blood pooling in her throat, Zereoue said.

“I asked, ‘Do you know who he was?’ And she kept nodding yes and waving her arm,” he said. “She couldn’t speak.

While Governor Cuomo and the Communists in New York are not to blame for the murder or this woman or her baby, they are responsible for deceiving the public with unconstitutional, pretended legislation that does not hold this man accountable for the murder of the baby the woman not only was carrying but was attempting to defend. Let that sink in feminist baby murdering supporters!