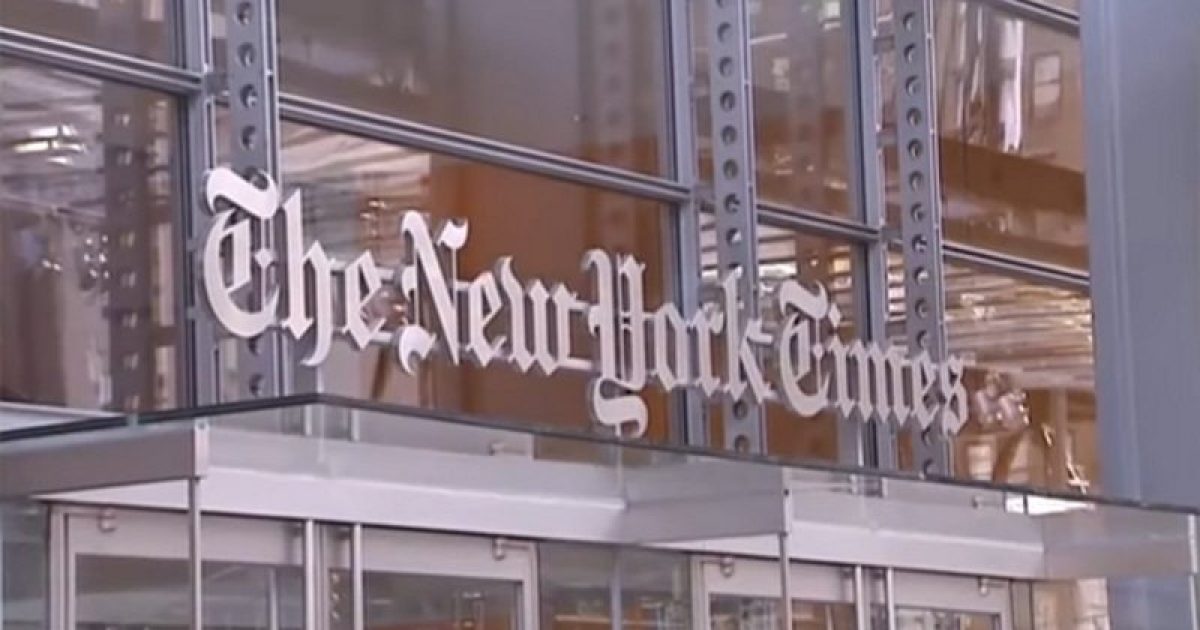 Frankly, when the NYT tells big banks anything, they should tell them to pound sand. But Breitbart reports that the NYT is trying to pressure the big credit card issuers to blacklist anyone who purchases a gun with their credit card, saying that they are “unwittingly financing mass shootings.” It’s an outright attack on the Second Amendment..one of many.

They are using the Las Vegas shooting as part of their excuse, and of course the Aurora, Colorado theater shooting, and the Pulse Nightclub shooting.

Then the Times inadvertently reveals the slippery slope aspect of asking financial giants to refuse or monitor funding being spent on constitutionally protected products. They do this by pointing out that Jared Loughner — Gabby Giffords’ attacker — bought the handgun he used via a Chase credit card.

Loughner bought one gun — a Glock 9mm — so he spent a few hundred dollars for a gun on a credit card. Yet he is presented on par with the Orlando Pulse attacker, the Aurora movie theater attacker, and the Las Vegas attacker, all of whom spent thousands if not tens of thousands.

It is also troublesome that the NYT is using the Las Vegas attacker as a basis for their argument although they admit they have no idea how many of his guns were even purchased with a credit card. The NYT acknowledges that some of his gun purchases “were in cash.”

Breitbart calls it a “slippery slope.” But it’s actually tyrannical to have credit card companies monitor everyone who purchases a gun. We have a Constitution for a reason. With some banks already blacklisting gun manufacturers, and businesses refusing law abiding gun owners, our Second Amendment Rights are constantly under attack.

Will they next monitor your toilet paper purchases for the sake of the environment, or light bulbs in case they’re not “green” enough? It’s downright communist.