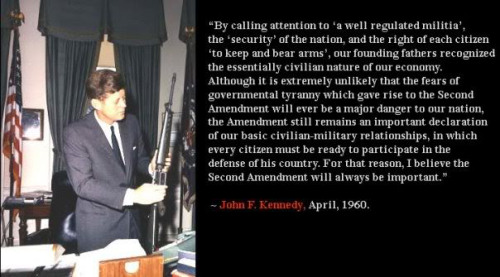 One of the transparency-promoting things President Trump did was to make public some previously-withheld documents related to the assassination of President John F. Kennedy.

As described by the National Archives, while the majority (88%) of the JFK Assassination Records has been open in full and released to the public since the late 1990s, the newly-released documents include FBI, CIA, and other agency documents. The releases to date are as follows:

Note: One of the JFK documents that was released in 1997 is the stunning revelation of a very real U.S. government conspiracy called Operation Northwoods.

Kroth describes what happened to Dinkin and Christensen in an article for Information Clearing House on July 11, 2018. The article is an excerpt from his forthcoming book, Coup d’etat: The assassination of President John F. Kennedy.

Note: In 2007, in his deathbed confession that then-VP Lyndon B. Johnson and the CIA had conspired to assassinate President Kennedy, former CIA officer E. Howard Hunt mentioned two of the three names Dinkin had intercepted.

PFC Dinkin had a friend mail a letter to Robert Kennedy, warning him that an assassination attempt on his brother would occur in Texas on about November 28, and that a communist or a “negro” would be blamed for the murder.

Doubting that the letter would ever reach Robert Kennedy, Dinkin went AWOL from his unit on November 4, 1963. He entered Switzerland using forged travel orders and a false Army identification card. On November 6, he appeared in the Press Room of the United Nations in Geneva and told reporters he was being persecuted, that “they” were plotting against President Kennedy, and that “something” would happen in Dallas.

On November 13, Dinkin was arrested by the U.S. military, placed in a psychiatric hospital, and later transferred to Walter Reed Army Hospital in Washington, DC, where he underwent psychological tests before eventually being released six months later.

David Christensen was a U.S. Air Force sergeant stationed at an RAF base in Kirknewton, Scotland. The base had a relationship with the CIA and was used by the CIA as a top-secret listening station.

Just before November 1963, Sgt. Christensen intercepted a communication that an assassination attempt would be made on President Kennedy. According to Jerry Kroth, “Christensen heard something he shouldn’t have heard, and he heard it in a top-secret CIA listening post. As you can probably guess, Sgt. Christensen, like Eugene Dinkin, was summarily ‘committed to a mental institution.’”

One should raise an important question here as with all of these released documents: why were they withheld for half a century? Clearly, if two psychotic persons ranted off about the President being killed—and both properly confined to mental institutions as deranged —such stories would merely constitute tabloid pulp and not rise above the level of the National Enquirer. The fact that these stories never graced our supermarkets, but were withheld from the public and from scholars for five decades is certainly worth more than a raised eyebrow.