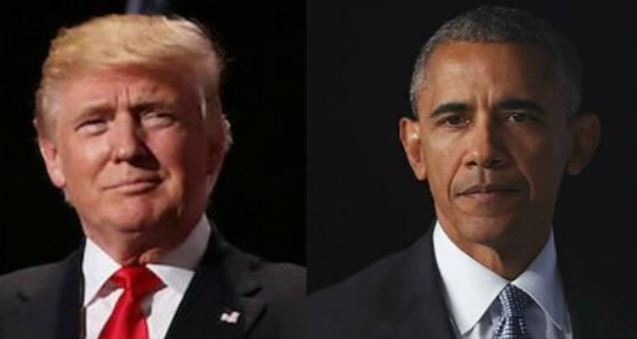 A secretive liberal organization founded by members of the former Obama administration as well as former staffers for congressional Democrats launched an outside investigation into whether President Donald Trump’s allies were seeking “foreign interference from Ukraine in this year’s elections months before a whistleblower complaint.

The group, known as American Oversight, started investigating the alleged connection in May, which is more than two months before a “whistleblower” filed a complaint claiming that the president was “using the power of his office to solicit interference from a foreign country to investigate one of the President’s main domestic political rivals.”

The purpose of the organization is to launch Freedom of Information Act (FOIA) lawsuits seeking official documents from the Trump administration that could then be used in Democrat-launched criminal probes.

The group’s actions related to Ukraine indicate that Congress started looking for political dirt on the Trump White House before the whistleblower filed his complaint that eventually led to articles of impeachment.

On its website, American Oversight claims to be the principle “Freedom of Information Act litigator investigating the Trump administration.”

Ahead of Democrats winning back the House in 2018, the organization launched a “Parallel Investigations Initiative” in April to reinforce congressional investigations of the Trump administration.

In a statement, the group noted:

Today, American Oversight announces the Parallel Investigations Initiative to lay the groundwork for this potential surge in congressional oversight activity. We have begun proactively tracking oversight requests made by both the chairs and ranking members of key congressional committees and, in many cases, we’ve already submitted parallel FOIA requests for the same information. …

The Trump administration won’t know what hit them. Independent FOIA litigation paired with aggressive congressional oversight creates a nightmare for federal agencies because of the different levers litigants and members of Congress can pull to enforce their demands.

Austin Evers, a former senior counsel in the Obama State Department, founded the organization in March 2017.

In an interview the following year, he said he was “troubled” by Trump’s 2016 election victor.

“I was quite troubled by the election of Donald Trump and his posture toward towards public service as a private enterprise, and I was also concerned that there didn’t seem to be any transparency watchdogs that planned to be antagonistic toward the administration,” he said.

“We had faced such high profile and aggressive litigation during the last administration that I wanted to model to make sure that this administration was held accountable,” Evers added.

The group claims to be non-partisan, but most of its staff have worked for Democrat administrations, lawmakers, or groups, Breitbart News reported.

The organization has managed to keep its donors hidden from the public.

One founding member, Melanie Sloan, is a former federal prosecutor and Capitol Hill staffer who worked for now Senate Minority Leader Chuck Schumer (D-N.Y.) and then-Sen. Joe Biden (D-Del.), said in an interview with USA Today that the group is organized as a 501(c)(3) nonprofit and does not plan to disclose its funding sources.

Conservative watchdog Influence Watch has noted the group was founded after liberal “mega-donors” met at a swanky Florida retreat in January 2017 to plot ways to disrupt the Trump administration using litigation.

This presidential election cycle, Evers had donated most to Sen. Elizabeth Warren (D-MA) for her 2020 Presidential campaign, according to Federal Election Commission records.

LMAO- WHAT A WASTE OF MONEY!