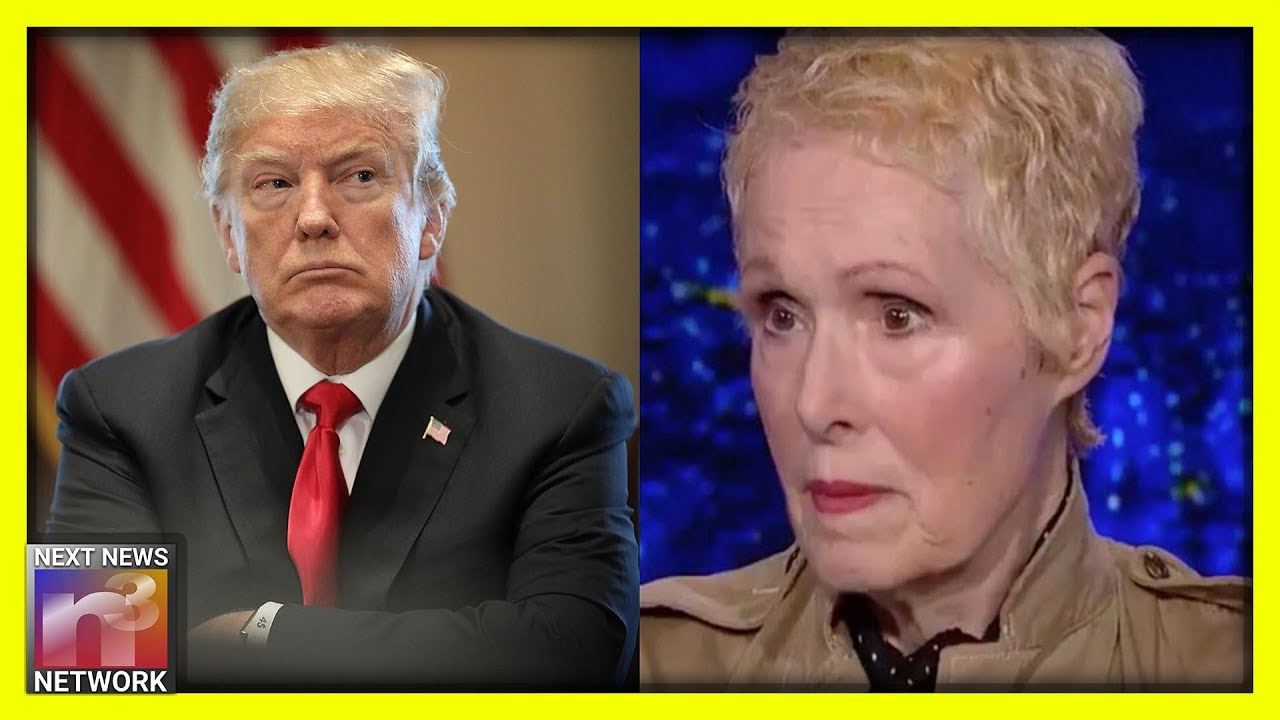 Why did she wait all of these years to accuse President Trump of rape?

That’s unclear, but the timing of this accusation will certainly help her sell more books.

Gary Franchi of Next News Network breaks it down in today’s video:

We had previously reported on this story over the weekend.

The following video was posted to Twitter on Friday.

It is short (1 minute) but also very telling.

This woman is a real piece of work:

Conservative Daily News is reporting that E. Jean Carroll does not plan to press rape charges, because, well…

…see if you can figure out why in this mountain of drivel.

Carroll announced that she would not bring a rape charge against Trump in an interview with MCNBC’s “The Last Word With Lawrence O’Donnell” Friday. Carroll said that it would be “disrespectful of the women down on the border” who she alleges are being “raped around the clock without any protection.”

“It would just be disrespectful,” Carroll said in the interview. “Mine was three minutes. I can handle it. I can keep going. My life has gone on, I’m a happy woman but for the women down there and for the women — actually around the world, and every culture this is going on.”

There have been reports of migrant women being raped by their smugglers and strangers as they travel across the border. Trump has used this danger as a reason for developing a border wall, stating that “1 in 3 women” are raped while traveling through Mexico.

Carroll did not explain the reasoning behind why bringing a rape charge against Trump would equal disrespect for other women who have been raped, although her book does include another abuse allegation and she expresses regret at not reporting that one. (via Daily Caller News Foundation)

OK, so pressing charges against your own supposed rapist is disrespectful to other rape victims?

Maybe the truth is that she can’t prove it and her real motivation might have been to increase her book sales.

President Donald Trump released a statement Friday denying that he sexually assaulted E. Jean Carroll, who accused the president of attacking her in the 1990s.

Carroll claimed in a New York Magazine column published Friday that Trump raped her in a Bergdorf Goodman dressing room in Manhattan, New York. The accusation is an excerpt from Carroll’s upcoming book, “What Do We Need Men For? A Modest Proposal,” in which the columnist states that Trump urged her to try on lingerie and then pushed her against a wall before penetrating her.

“Regarding the ‘story’ by E. Jean Carroll, claiming she once encountered me at Bergdorf Goodman 23 years ago. I’ve never met this person in my life. She is trying to sell a new book — that should indicate her motivation. It should be sold in the fiction section,” the president wrote.

Trump compared Carroll’s accusation to that of Julie Swetnick, the woman who, with the help of indicted celebrity lawyer Michael Avenatti, accused Supreme Court Justice Brett Kavanaugh of being involved in gang rapes.

“Shame on those who make up false stories of assault to try to get publicity for themselves, or sell a book, or carry out a political agenda—like Julie Swetnick who falsely accused Justice Brett Kavanaugh,” Trump asserted. “It’s just as bad for people to believe it, particularly when there is zero evidence. Worse still for a dying publication to try to prop itself up by peddling fake news—it’s an epidemic.”

E. Jean Carroll certainly will sell more books with this accusation and that appears to be her only intent.

If she was really raped, you’d think she would be out for justice.

It very much looks like she can prove nothing and her only intention is to sell more books.

She’s not suing because she can’t prove a thing.

Oh and because it would somehow be disrespectful to other women…