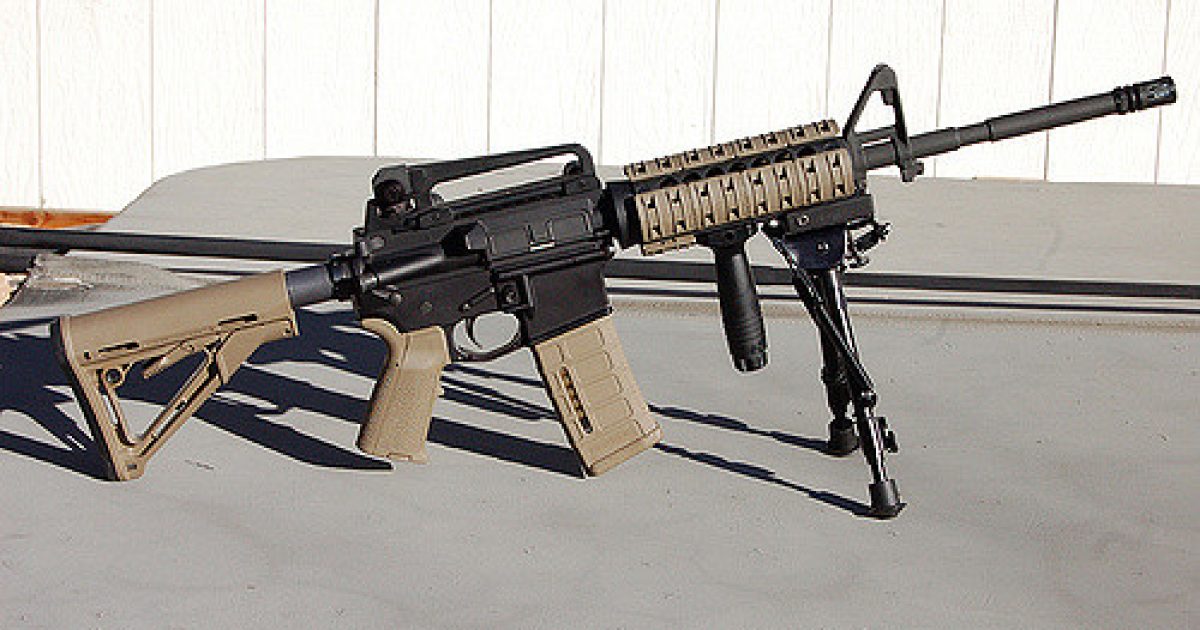 If you wanted to know the next move of the Gun Control fanatics, look no further than HR 1263, introduced on February 14. Introduced by Democrat Rep. Theodore Deutch of Florida’s 22nd District, the bill would add ANY semi-automatic rifle or shotgun to the National Firearms Act of 1986. What does that mean? It means they would have to be registered or possessing them would be a Federal violation.

The Bill is titled the “National Firearms Amendments Act of 2019.”

To amend the Internal Revenue Code of 1986 to subject to the requirements of the National Firearms Act any semiautomatic rifle that has the capacity to accept a detachable magazine.

Be it enacted by the Senate and House of Representatives of the United States of America in Congress assembled,

This Act may be cited as the “National Firearms Amendments Act of 2019”.

(2) by adding at the end the following: “The term ‘detachable ammunition feeding device’ means an ammunition feeding device that can be removed from a firearm without disassembly of the firearm action. The term ‘ammunition feeding device’ means a magazine, belt, drum, feed strip, or similar device, but does not include an attached tubular device which is only capable of operating with .22 caliber rimfire ammunition. The term ‘semiautomatic rifle or shotgun’ means any repeating rifle or shotgun which utilizes a portion of the energy of a firing cartridge to extract the fired cartridge case and chamber the next round, and which requires a separate pull of the trigger to fire each cartridge.”

(b) Applicability.—Any person who, on the date of the enactment of this Act, lawfully owns or possesses a semiautomatic rifle or shotgun (as defined in section 5845(a) of such Code, as amended by this Act) that has the capacity to accept a detachable ammunition feeding device (as defined in such section) shall, not later than 120 days after the date of enactment of this Act, register the semiautomatic rifle or shotgun in accordance with section 5841 of such Code. Such registration shall become a part of the National Firearms Registration and Transfer Record required to be maintained by such section. The prohibition on possession of an unregistered firearm under section 5861 of such Code shall not apply to possession of such a semiautomatic rifle or shotgun that has the capacity to accept such a detachable ammunition feeding device on any date that is 120 days or less after the enactment of this Act.

(c) Authorization Of Appropriations.—There are authorized to be appropriated to the Bureau of Alcohol, Tobacco, Firearms, and Explosives such sums as are necessary to carry out this Act.

Translation: if you don’t register it before 120 days after enactment, you’re in trouble. You’re not in trouble if you register it prior to the 120 days. (The BATF is charged with enforcement.) The bill was referred to the House Ways and Means Committee, the chairman of which is Richard Neal, a Democrat who has been on the hunt to subpoena Trump’s tax records.

The bill creates a national registry, something which the NRA has stood against for decades. Whether you have any semiautomatic firearm, call your Congressional representatives and tell them to vote NO.