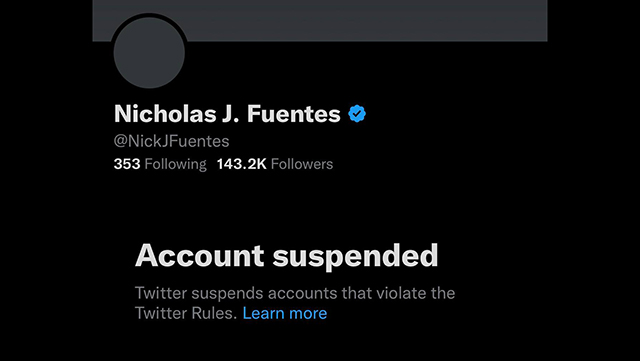 Conservative commentator Nick Fuentes was banned from Elon Musk’s Twitter on Wednesday, less than 24 hours after being allowed to return to the platform.

Why are @Ali and @NickJFuentes banned again @elonmusk? pic.twitter.com/4E1kkhLjrX

Nick Fuentes @nickjfuentes and @ali were mass reported by leftists right after Fuentes was reinstated. They are bragging about it! Please take a look and fix this issue. Thank you @elonmusk @esthercrawford @TwitterSupport pic.twitter.com/keu49Okftr

This is the image that got @NickJFuentes banned.

Fuentes reportedly shared a tweet highlighting how the RNC is set to vote on a resolution to formally condemn him, Ye and “antisemitism writ large.”

The Republican National Committee is set to vote on a resolution that would formally condemn Ye, Nick Fuentes, and antisemitism pic.twitter.com/hPrz0I8mv6

Nick Fuentes cannot, will not be ignored. pic.twitter.com/hOAEqQQ11f

Fuentes apparently mocked Rep. Richie Torres (D-NY) after the congressman lobbied for him to be banned: 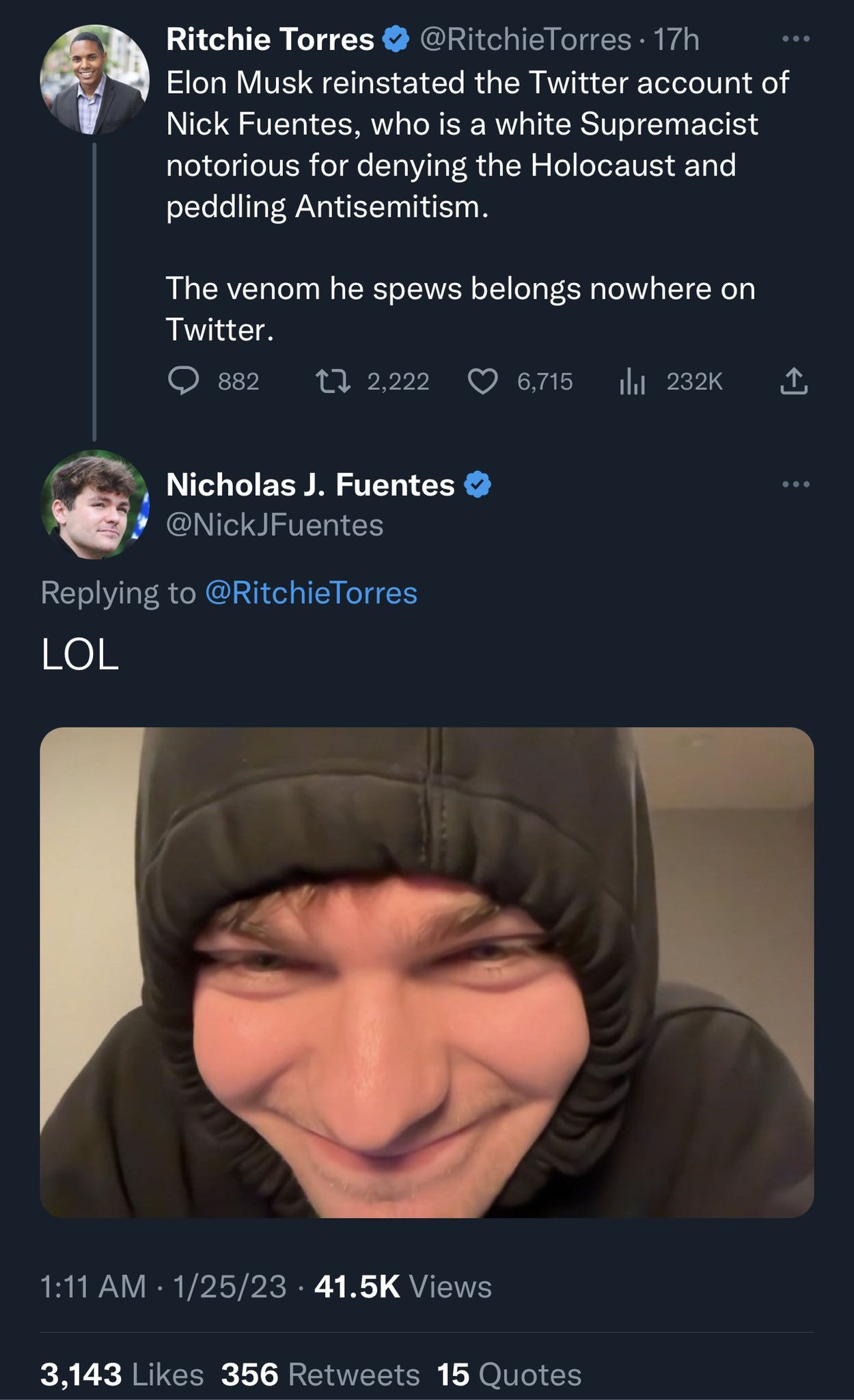 Fuentes made light of the ban on his Telegram channel. 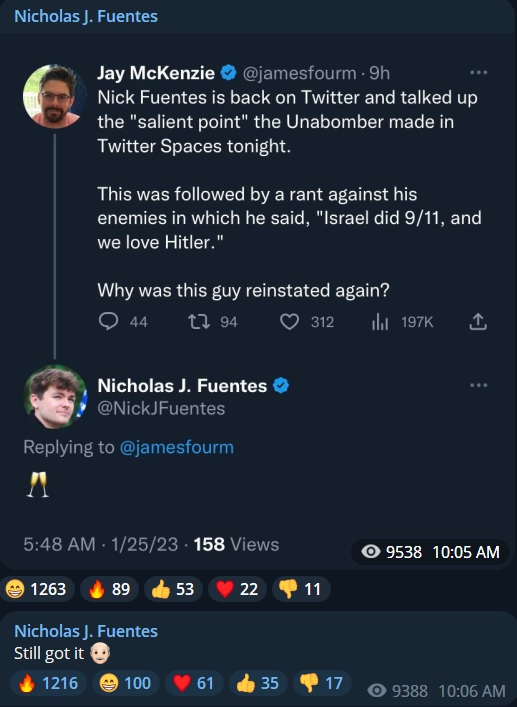 Musk said when he was taking over Twitter that he was going to get rid of permanent suspensions entirely but clearly he’s yet to make good on that promise.