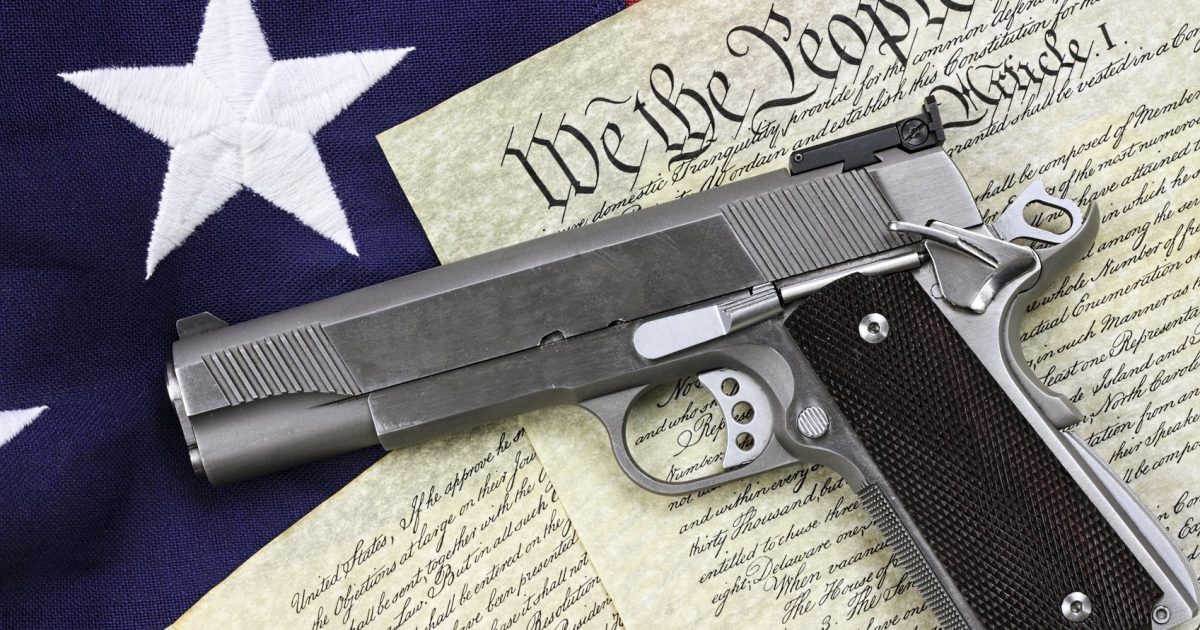 The town of Leland, North Carolina took it upon themselves this week to tyrannically declare they are above the law and pleased to infringe on the rights of their citizens during Hurricane Florence by declaring that “some lawful and constitutionally protected firearm-related conduct in advance” of the hurricane would be banned.

The Firearms Policy Coalition and Firearms Policy Foundation announced Tuesday that both organizations sent a pre-litigation demand letter to the town via the Diquiseppe Law Firm in Wilmington, North Carolina.

The Gun Feed reported on September 11:

Yesterday, the Town issued an order stating that, “Effective at 9:00 p.m. on Wednesday, September 12, 2018, the transportation or possession, or the sale or purchase of any dangerous weapon or substance, while off one’s own premises, is prohibited.”

“As our demand letter explains, disasters and potential disasters are prima facia reasons to protect the fundamental, individual right to keep and bear arms for all lawful purposes, including self-defense and hunting,” said FPC President and FPF Chairman Brandon Combs. “They are not political opportunities to restrict these crucial constitutional rights.”

The civil rights groups say that the order is unconstitutional. In addition to expressing concerns about the order’s impact on Second Amendment rights, the demand letter characterized the Town’s order as “unconstitutionally vague,” saying that it “sets the stage for arbitrary or discriminatory enforcement since those enforcing the prohibition could apply various and conflicting interpretations.”

“The Town’s prohibition could well increase vulnerability to damage, injury, or loss of life or property, by chilling the otherwise lawful use and possession of firearms and ammunition in the protection of oneself or one’s property during these times – rights expressly preserved under the state law in the event of such states of emergency,” the demand letter argues.

“Leland’s State of Emergency Notice should immediately be amended to strike the offending language creating this unlawful and unconstitutional weapons prohibition. Should the Town fail to do so, and/or attempt to enforce the same against any resident, it stands exposed to civil actions for declaratory and injunctive relief, and monetary damages,” said attorney Raymond DiGuiseppe on behalf of the groups.

Of course, people given authority in government these days always think they know better than God and so they usurp authority they were not given.

According to amended language, the town did alter the text to read:

Effective at 9:00 p.m. on Wednesday, September 12, 2018, the transportation or possession, or the sale or purchase of dangerous weapons or substances, while off one’s own premises, is prohibited. This prohibition and restriction does not apply to lawfully possessed firearms or ammunition.

This should not even have to be written, should it? Isn’t this already covered under law? Furthermore, if local communities started demanding justice for violent crimes like murder, rape and kidnapping, we wouldn’t even need such acknowledgments in law.

Those in governments, local, state and federal that seek to usurp their authority and infringe on the rights of law-abiding citizens should be immediately removed from office and prosecuted as those violating their oath of office, no matter the intention they possessed when they infringed on the people’s rights. But it will take the people standing up and making it so.

If any person is subjected to the Town of Leland’s order, they can submit a report to the FPF/FPC Legal Action Hotline at www.firearmpolicy.org/hotline or by calling (855) 252-4510. They can also contact FPC and FPF’s Wilmington, North Carolina-based counsel, The DiGuiseppe Law Firm, P.C., by phone at (910) 713-8804.