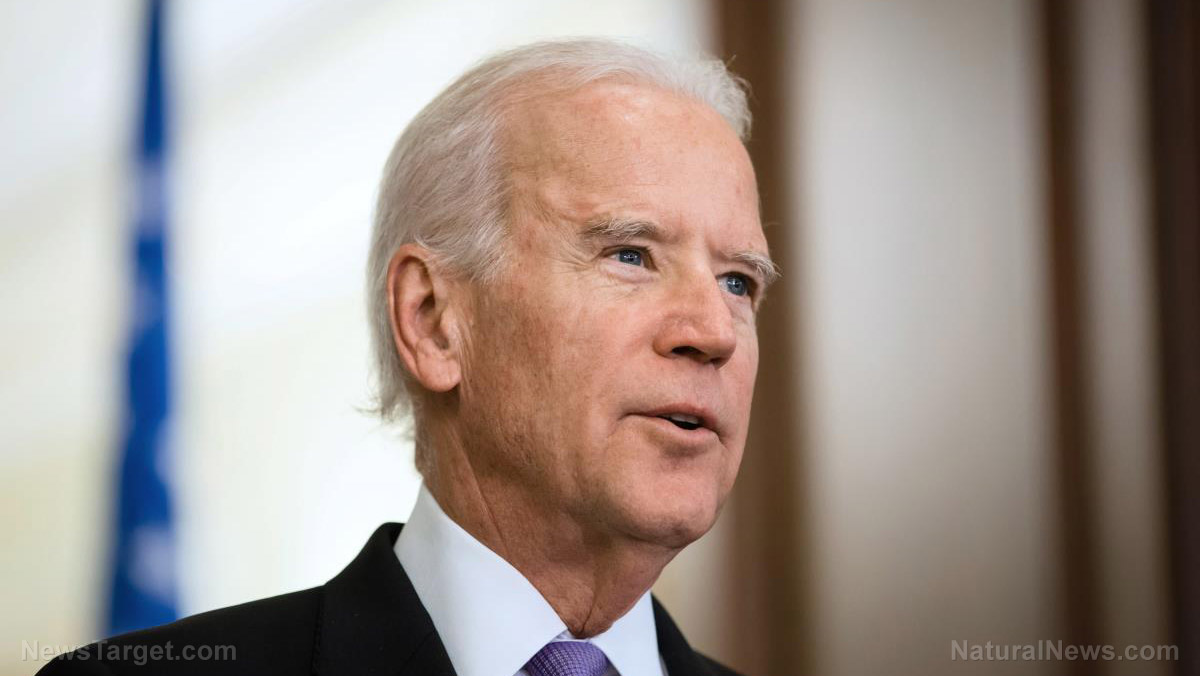 There has been much speculation in conservative media about whether Joe Biden is suffering from Dementia.

We, as conservatives, tend to shrug off the claims as humorous without digging a little deeper into the possibility.

I am not in any way qualified to pass judgment or offer diagnosis.

I am a political writer and nothing more.

So, I am going to turn this over to some people who are qualified to enter this discussion.

Risk of Alzheimer’s from a traumatic brain injury

TBIs are categorized in regards to their severity, from mild, to moderate, to severe. According to Alzheimer’s Association, research has provided a link between moderate to severe traumatic brain injury and a greater risk of developing some form of dementia years after the injury. Other findings suggested that older adults with moderate TBIs had 2.3 times greater risk of developing Alzheimer’s than those with no history of head injury; and those with history of severe TBI had a 4.5 times higher risk.

Alzheimer’s expert Deborah Barnes suggests that the trauma could be just one of many factors that result in a person’s decline in cognitive function after an instance of physical brain damage.

Many past studies have shown a positive correlation between those who had experienced TBIs and the increased chance of developing dementia, however, this was not always the case, as pointed out by Dr. Raquel C Gardner of the University of California to Medical News Today. She said that although studies report positive associations between TBI and dementia, there is still too much variability in the data, as a result of differences in severity of the injury, age of the patients, and length of follow-up time after treatment.

After the incident, Biden felt the need to bring up his brain aneurysm surgery from over 30 years ago.

From The Washington Examiner:

After days of speculation about his health prompted by his eye filling with blood on live television, Joe Biden, 76, brought up one of the most traumatic health experiences he has endured: a brain aneurysm.

“I ended up with what they call a cranial aneurysm,” Biden said at a campaign event on Friday. “I had to be rushed to a hospital in the middle of a snowstorm, and the fact is, the president was nice enough to offer a helicopter to get me there. I couldn’t go up because of the altitude. My fire company got me down in time for [a] 13-hour operation and saved my life.”

Biden suffered the burst aneurysm in 1988, when he was a Delaware senator. Believing that he was close to death, a Catholic priest was preparing to administer Biden’s last rites. Surgeons clipped a second aneurysm before it bust a few months later.

The former vice president told the story about his aneurysm as a way to praise firefighters, having been introduced at the event by the president of the International Association of Fire Fighters, Harold Schaitberger. The union endorsed Biden for president days after his campaign launch in late April.

In his Wednesday appearance on CNN during the network’s seven-hour climate town hall, part of Biden’s left eye filled with blood, prompting speculation about the cause and in the wake of concerns about the candidate’s age.

Science Daily hints that there is certainly a greater risk for Dementia after a Cerebral Brain Hemorrhage:

“The study by Biffi et al provides valuable insight into the frequency of early and late dementia after ICH as well as the possible etiologic factors. The frequency of dementia reported in this study emphasizes that it may be helpful to routinely incorporate questions about cognitive status and functional recovery after ICH. For delayed dementia, in particular, it remains unclear whether post-ICH cognitive decline is truly secondary to the ICH itself or if hemorrhage was perhaps a symptom of an ongoing process that also led to cognitive decline,” Rebecca F. Gottesman, M.D., Ph.D., of Johns Hopkins University, Baltimore, writes in a related editorial.

CNS News reported in 2013 that the Doctor told Joe Biden that he had less than 50% chance to even survive his brain surgery:

(CNSNews.com) – Speaking at the White House National Conference on Mental Health on Monday, Vice President Joe Biden told a sometimes serious and sometimes jocular story about the two brain surgeries he needed in 1988 to deal with cranial aneurysms.

Biden told the White House audience “they take a saw and they cut your head off” and “they literally had to take the top of my head off.” He also recounted that as he was being wheeled into surgery he asked the neurosurgeon, “What are my chances of getting off this table completely normal?” The surgeon told Biden he had a better chance of living—and that that chance was in the 35 to 50 percent range.

“The only totally un-chartered portion of the universe is the brain,” Biden said in his White House speech. “You know, as we used to say in the Senate, excuse the point of personal privilege here: I had two cranial aneurysms, and they literally had to take the top of my head off. I mean, they take a saw and they cut your head off, and go in to find the artery that is–one was leaking, the other that hadn’t, before it burst.

“Those of you who are docs know every profession has their sick jokes,” said Biden. “The joke among docs is: How do you know someone’s had a cranial aneurysm? On the autopsy table. Only 20 percent of the people have it even get to the table.

“Well, one of the fascinating things is, that the second operation, after the first one, which was a bleed, and they gave me a relatively low chance of surviving,” said Biden. “I remember going down, and asking the doc, and, you know, you’re counting the ceiling tiles and you’re heading into the operating room–a lot of you’ve been there. I said, ‘Doc, what are my chances?’ I had two great neurosurgeons. And I’ll never forget–I will not mention his name, but he’s one of the leading neurosurgeons in the world–he said: ‘Senator, for mortality or morbidity?’

“And I’m thinking,” said Biden. “No, swear to God, I mean, you know, jeez. Well, I said, ‘Let me put it to you this way.’ It was a long road to the operating room. I said–this is absolutely a true story–I said: ‘What are my chances of getting off this table and being completely normal?’ He said: ‘Well, your chances of living are a lot better.’

This is a serious question America

When the Democrat front runner is at increased risk for dementia, and may very well have dementia, we should all be concerned.

We have run a few of those “Biden moment” stories but avoid them mostly as fluff pieces.

Whether it is his increased temper, or his forgetfulness, maybe we should all take those stories more seriously.

What about the obnoxious fits of temper that Joe is showing lately?

CBS News has this:

(From Alzheimer’s: 25 Signs Never to Ignore)

It’s common for someone suffering from AD to seem anxious or agitated.

They may constantly move around and pace, get upset in certain places, or become fixated on specific details. Agitation usually results from fear, confusion, fatigue, and feeling overwhelmed from trying to make sense of a world that no longer makes sense, explains Gwyther.

Certain circumstances can also make the individual more anxious, such as relocating to a nursing home. In addition to agitation, rapid and seemingly unprovoked mood swings are another sign of dementia–going from calm to tearful to angry for no apparent reason.

So does Biden get upset because he has a disease or simply because certain questions set him off?

Maybe it’s a little bit of both.

Keep in mind that, as Democrat front runner, Joe Biden could be America’s next President.

I know it’s early and I know that most of our regular readers feel that there is no way he could defeat Trump in a FAIR election.

The key word above is FAIR.

Politicians and especially Democrat politicians have been known to cheat.

Consequently we need to talk about Joe Biden and stop making a joke of his possible condition.

Joe Biden’s suspected dementia is not a joke.

Conjecture about Biden’s health may not be completely fair to him on a personal level, but he is running to be our next President and could possibly win.

Can America really take a chance with Joe Biden?

What are Democrats thinking?

Why is this not a serious national discussion?

We all know why and the answer is the LIBERAL media that is pushing an agenda over truth.