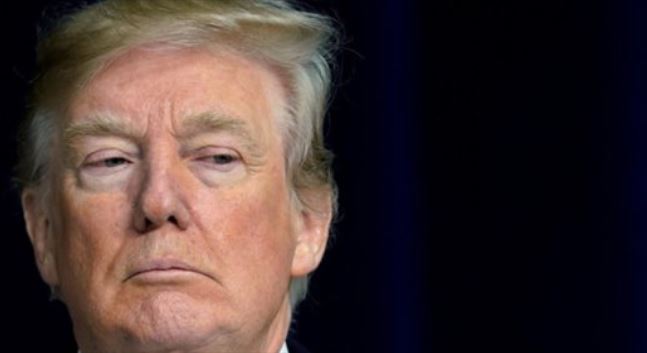 OPINION| Lawrence David| Statements from both the Pentagon and Iran’s Revolutionary Guard have confirmed the deaths of two high-profile Iranian terrorists following orders from President Trump to take them out.

Statement from the Pentagon:

At the direction of the President, the U.S. military has taken decisive defensive action to protect U.S. personnel abroad by killing Qasem Soleimani, the head of the Islamic Revolutionary Guard Corps-Quds Force, a U.S.-designated Foreign Terrorist Organization.

General Soleimani was actively developing plans to attack American diplomats and service members in Iraq and throughout the region. General Soleimani and his Quds Force were responsible for the deaths of hundreds of American and coalition service members and the wounding of thousands more. He had orchestrated attacks on coalition bases in Iraq over the last several months – including the attack on December 27th – culminating in the death and wounding of additional American and Iraqi personnel. General Soleimani also approved the attacks on the U.S. Embassy in Baghdad that took place this week.

This strike was aimed at deterring future Iranian attack plans. The United States will continue to take all necessary action to protect our people and our interests wherever they are around the world.

As the head of the Quds Force, Soleimani was commanding Iranian-backed terrorists conducting proxy attacks throughout the Mideast.

(Associated Press) … Citing a Revolutionary Guard statement, Iranian state television said Soleimani was “martyred” in an attack by U.S. helicopters near the airport, without elaborating.

[…] A senior Iraqi politician and a high-level security official confirmed to The Associated Press that Soleimani and [Abu Mahdi] al-Muhandis were among those killed in the attack shortly after midnight.

Abu Mahdi al-Muhandis was the deputy commander of Iran-backed militias in Iraq that used violence to foment discord against America-backing Iraqis. Think of al Muhandis as Antifa on steroids.

While he’s reported to have been killed in last night’s strike, as of writing this his body has not been recovered.

All signs have been pointing to the military-industrial complex trying to draw the United States into another war in the Mideast. Deep State actors readily accept war as a necessary condition of extracting trillions more dollars from American taxpayers.

President Trump ran against these endless wars that have cost trillions of dollars and destroyed the lives of America’s best young warriors.

The president is working to circumvent that loss of life and treasure by cutting off the heads of the numerous terrorist organizations operating in the region rather than listening to advisors who view ground fighters as assets rather than human beings.

Aside from the obvious financial motivations, these Deep State advisors see a political advantage as well. For them, embroiling the United States in another war, would be damaging to President Trump’s reelection chances.

The pro-war contingent only presents binary choices to the sitting Commander-in-Chief in order to force him into a corner. Fortunately, President Trump is more cunning than they are and has ordered the military to target terrorist leaders, only.

A little over two months later…

Hard to understate how big this is

• Qassem Suleimani is Iran’s most powerful mil figure in Region
• He runs Iran’s proxies in Lebanon, Syria, Iraq
• Both men designated by US as Terrorist
• Muhandis was at US embassy attack protest, calls himself “Suleimani soldier”

If you multiply the death of Osama bin Laden and Abu Bakr al Baghdadi you begin to understand the significance of Soleimani’s death.

This man controlled the most powerful state-controlled army of terror.

It took two previous administration’s a decade to hunt down and kill 9/11 mastermind Osama Bin Laden.

In less than three years, President Trump’s strategy has become clear. He has started systematically cutting off the heads of the most dangerous terrorist organizations, thereby destroying their command and control and making the likelihood of war less appealing to Iran’s mullahs.

“He should have been taken out years ago.”

Until President Trump took office you really couldn’t tell the players without a scorecard.