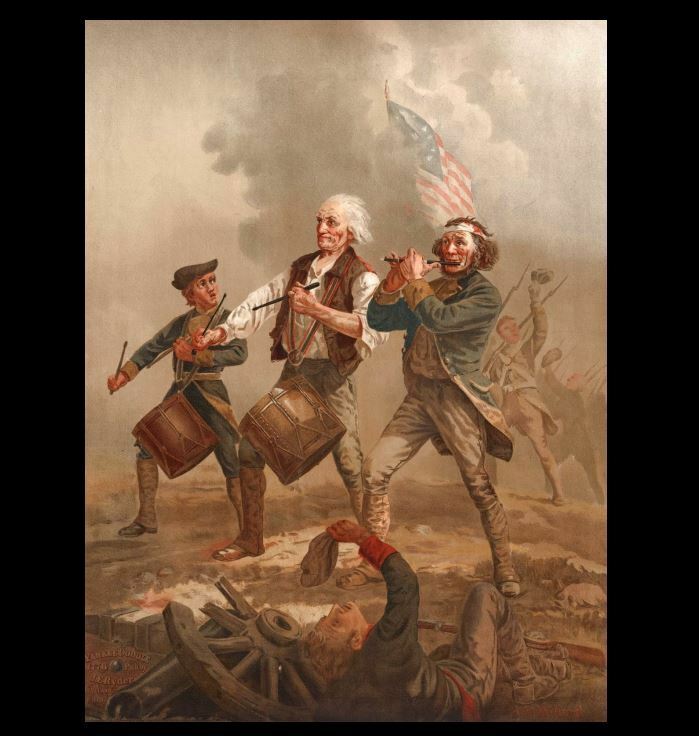 No, not “that” ANTIFA

By nature, American patriots have always been anti-fascist. We support the entire Bill of Rights, and we certainly understand the importance of protecting the First Amendment.

Everyone has a voice and a right to express their opinions, political or religious.

We may not agree with the commentary of our political adversaries, and may not always support the ideas behind them, but we know the dark future of a nation that forgoes the right to freedom of expression; examples abound throughout the communist and socialist nations across the globe. History is littered with the corpses of those who fell to tyrants.

The snot-nosed panty-hose masked cowards who run in packs and pick on people leaving Trump rallies, or someone wearing a MAGA cap in public, are not anti-fascists; they are the real tyrants let loose by their handlers to wreak havoc on anyone who dares to speak against the progressive-globalist plan. These hoodlums are cut from the same cloth as Hitler, Mussolini, and Pol Pot.

If you sat this group down in a classroom and tested them on the Constitution and Bill of Rights, or the history of our nation, they would fail miserably. Real anti-fascism is the struggle to throw off the chains of oppression and to OPEN dialogue between those of differing opinions. These PANTYFA kids feel oppressed if they have to clean their room.

I use WWII as an example, knowing there have been countless wars since the advent of civilization fought against persecution and oppression. But WWII was our war, in that it was fought by a generation not far removed from our own. The passion and commitment to freedom still burned so brightly in the breasts of the young American men and women of that era, they left the safety of their homes to insure others in foreign nations had the same opportunities.

Do you think the PANTYFA crowd of today has the same grit, or even the same motivations behind their political struggle? The fascists of Europe openly and brutally persecuted people of all religions (ironically the same enemies set upon by the masked clowns we are currently witnessing beating up anyone wearing religious garbs or espousing conservative religious values, like pro-life).

What About You and I?

What if the current establishment deep-state coup is successful and our duly-elected president is impeached by the globalist tyrants in Congress? We can’t count on republican leadership to back him up (McConnell would love to see him gone). Our president has few loyal friends in the DC Swamp.

Or, what if this blatantly unfair and unjust media circus damages President Trump to the point that it actually drives down his approval numbers and the liberals win back the presidency?

Perhaps the globalist cabal can win by stuffing ballot boxes via ballot harvesting, or hacking the voting machines.

Will we take to the streets and fight these injustices—or will we collapse back into our recliners and shake our fists at our television sets mumbling, “Just wait until next time”?

Say what you will about the PANTYFA hooligans in the streets today, but they at least suited up and showed up, pantyhose and all. That, of course, is why they can so easily prey upon MAGA hat-wearing conservatives. Most of us aren’t even on the playing field to protect each other. When we are there, we stand idly by, waiting for the police or someone else to step in and protect our freedoms and our fellow patriots.

“Don’t fire until you see the whites of their eyes!”

This famous quote from history, attributed to William Prescott at the Battle of Bunker Hill, made sense during the era of musket and ball warfare, but today’s conservative political warriors don’t have the luxury of waiting until the last minute to take the fight to our oppressors. Now, before some limp-wristed snowflake gets triggered, I’m not advocating shooting anyone.

When will we mobilize? After impeachment? After November 3, 2020 and a liberal president is elected? Is casting our vote the sum total of our willingness to struggle against the upcoming tyranny of liberal globalism?

The time is nigh

With the election less than thirteen months away, we are late in the fourth quarter. The media and their liberal political cohorts have been campaigning against our president for three years—that’s how far ahead they are. Polls (yes, I know they are skewed) are showing a dangerous creep towards anti-Trump sentiments, helped along by the likes of Mitt Romney and Shanghai-Mitch McConnell, just to name a few.

You can bet they are watching

We heap scorn on our Republican representatives in Congress for their timidity, their unwillingness to face off against their liberal counterparts, or risk being ostracized by the liberal media—yet we take the same path, and they know it. We give them cover by our own inaction.

We have all watched the 2020 Democrat hopefuls swing far left because they FEAR the activist members of their party. They know they can’t win without them, so they publicly support their tactics, or turn a blind eye–or blame our president and his followers for setting the tone that leads to confrontation.

On the other hand, republican politicians know they can always count on us to trudge to the polling stations, and write checks to candidates or the RNC, even if we are disappointed in their inaction. What other reason would there be for them having a 20 percent approval rating and a 96 percent reelection rate?

They paid attention when the Tea Party was formed, but lapsed back soon after the 2010 election. Republican leadership measured the residual energy left after the election victory and realized most republican voters were satisfied with just having put one in the win column. That is why they reneged on all of their election promises, and continue to do so.

We can’t count on Republican leadership for support

We have seen the typical career republican politician’s reaction to political activism. They like checks and cash, but real activism scares them back into a thumb-sucking fetal position. If we stand up for ourselves in the street, don’t expect them to cheer like the Democrat leadership does for their radicals. The Republican establishment abandoned the PANTYFA-pounding Proud Boys as soon as the media labeled them as domestic terrorists.

It’s time to wake up our inner anti-fascist nature

No more dilly-dallying! Attend rallies, standing up for those around you. Speak up against oppression. If you see someone (even a stranger) being verbally or physically attacked for their conservative apparel or ideas, step in immediately.

Stop supporting businesses (including liberal media outlets) that don’t serve the best interest of this nation or our freedoms. Cut the cable cord and stop subsidizing liberal stations like ESPN/MSNBC/CNN. Write web page and social media customer comments to businesses that attack conservative causes. Trust me, they pay attention, especially when their profits start to lag.

Organize your own security at political events by going in groups. You may take a few lumps in a dust-up, but it will pale in comparison to the sacrifices made by those in uniform who have fought and continue to fight and die for the freedoms these PANTYFA squirrels want to take away.

Imagine the future cost in bloodshed should our children and grandchildren have to fight another war for independence.

It’s time to SHOW up SUIT up and STAND up!

David Brockett is a Vietnam veteran, former USMC pilot. Following his time in the military, he worked in healthcare as a counselor and hospital administrator. He also writes articles on politics, religion, gun-rights, and current events. In his free time he and his wife volunteer at the local food bank, and with veteran’s organizations. They divide their time between their home state of Texas, and Idaho.