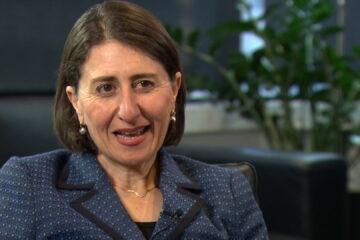 New South Wales Premier Gladys Berejiklian has resigned in light of the New South Wales Independent Commission Against Corruption said it was investigating whether some of her actions between 2012 and 2018 may have breached public trust.

The leader of New South Wales — Australia’s most populous state — announced her resignation Friday after the state’s corruption watchdog said it was investigating her.

“It pains me to announce that I have no option but to resign from the office of premier,” Gladys Berejiklian said a briefing where she did not take questions from reporters.

She said her resignation will take effect as soon as the state’s Liberal party can elect a new leader.

“In order to allow the new leader and government a fresh start, I will also resign from the New South Wales parliament once I have consulted the electoral commission on appropriate timing for a by-election,” Berejiklian added.

The investigation heightens scrutiny on Berejiklian, who had faced mounting criticism over her government’s handling of the Covid-19 crisis in New South Wales.

She also stated, “I state categorically I have always acted with the highest level of integrity.”

TRENDING: Hero UK Soldier Goes To Iraq To Fight ISIS And Is Charged With “Terrorism Offences”

The NSW Independent Commission Against Corruption (ICAC) said in a statement on its website that it will hold further public hearings as part of its ongoing investigation, Operation Keppel, on Oct 18.

That investigation has already heard Berejiklian was once in a secret relationship with a state legislator who is the focus of its corruption investigation.

The race is on for the next New South Wales Premier after Gladys Berejiklian’s abrupt resignation.

TRENDING: Henry Kissinger’s NAFTA and Why It Must Be Abolished, not Simply Re-Negotiated

Do Aussies actually think either of these guys are going to be any better for the position? Probably not.

For that matter, the entire country should be demanding that Prime Minister Scott Morrison be arrested and have justice brought upon his head after his statements that are in direct conflict with how his tyranny has advanced in Australia, obviously breaching the public trust.