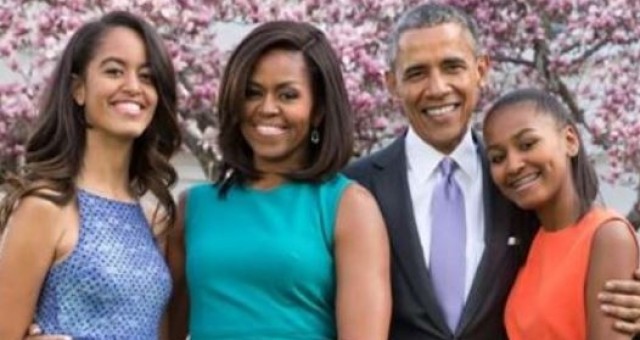 Kirsters Baish| It has been reported that the Obama family’s tennis coach accepted $2.7 million in one of our country’s biggest college admissions scams. The University of Rhode Island tennis coach, Gordon Ernst, has also coached at numerous other universities.

A tennis coach who worked with the family of former President Barack Obama was among the 50 people charged in a college admissions scheme in which wealthy parents allegedly bribed coaches and others to get their children accepted to some of the top schools in the U.S.

Gordon Ernst, 52, was a former tennis coach at Georgetown University and the University of Rhode Island. He is accused of conspiracy to commit racketeering while he was at Georgetown.

Ernst was at Georgetown from 2012 to 2017 and was the personal instructor of former first lady Michelle Obama and her daughters, Sasha and Malia, according to the Providence Journal.

It is important to point out that none of the Obamas are implicated in the scandal in any way.

Ernst allegedly accepted nearly $3 million in bribes and in return helped a dozen students get onto the Georgetown’s tennis team, including kids who didn’t actually play the sport in a competitive fashion, according to the New York Post.

The New York Post issued a report titled “Obama family’s tennis coach among dozens charged in college admissions scheme” which explained that Ernst was at the center of a “massive college admissions scandal. According to court documents, Ernst allegedly accepted $2.7 million as part of a larger fraud to shuffle unqualified students into Georgetown University, where he worked until 2018,” the paper explained.

Breitbart News reported in an article titled “Obama Family Tennis Coach Allegedly Accepted $2.7 Million as Part of College Admissions Scam” that Ernst, who served as the personal tennis coach for the Obama family, allegedly helped 12 students gain admission to Georgetown University. The scam involved designating the students as star athletes so that they could be admitted to the university with lower grades and test scores. However, many of the students that Ernst brought into the university as tennis players had never played the game at all.

The scam was allegedly perpetrated by William “Rick” Singer, who has pled guilty to racketeering conspiracy and other charges. In some instances, Singer allegedly deployed a 36-year-old man named Mark Riddell who would take exams for students. The entire scam is worth an estimated $25 million.

A statement was released by Georgetown on Tuesday which spoke to the conduct of Ernst during his time being employed by the university.

“Georgetown University is deeply disappointed to learn that former Tennis Coach Gordon Ernst is alleged to have committed criminal acts against the University that constitute an unprecedented breach of trust,” the statement from the university read.

December of 2017 was the last time that Ernst was employed by the school, the university explains. This is when Georgetown launched an internal investigation, leading them to find that Ernst had “violated University rules concerning admissions.”

Ernst was placed on leave by the University of Rhode Island.

Again, this article does not imply that any of the Obamas are implicated in the scandal in any way.