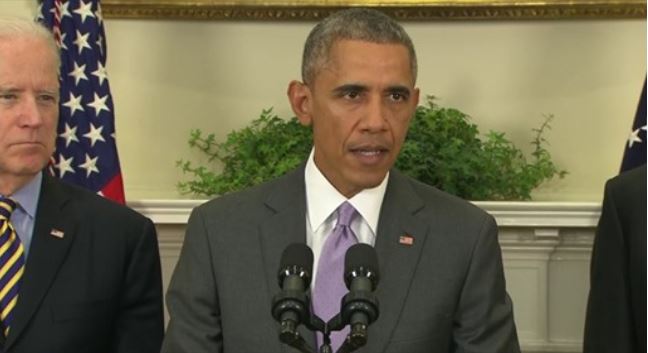 From Mark Sidney at We Are Biased OPINION Blog FLASHBACK

Opinion| Mark Sidney| If there is one thing to be said for socialists, it is that they are very generous … with YOUR MONEY.

For illustration of this point, we need to look no further than Mr. ‘fundamentally transforming the United States of America’ himself, Barack Hussein Obama.

While much of Obama’s history is still unknown to us ‘little people’, one thing we do know about Barry is how much he is costing taxpayers and how much he is making (on the books.)

Dan Bongino, a former Secret Service agent turned reporter/radio host and now proprietor of the Trump friendly version of ‘The Drudge Report’, ‘The Bongino Report’, is exposing Obama’s love for money … our money in particulars.

Bongino reported: ‘Following in the footsteps of the Clintons, the Obamas have struck gold in monetizing the presidency. From 2005-2016 the Obamas earned a total of $20.5 million, most of which ($15.6 million) were from books Barack authored before taking office, and the rest from his presidential salary and investment income.

Quickly after leaving office Obama joined the speaking circuit, which had earned the Clintons before him $153 million. The year Obama left office he became one of the ten highest paid public speakers in America, bringing in a cool $1.2 million from three Wall Street Speeches. Michelle began commanding fees of $225k per speech.

Then came the $65 million deal with Penguin Random House for two standalone books from the duo. Since that $65 million represents a cash advance, it’s the least the two will make from their books.

Adding even more to their cash pile, the two scored a deal with Netflix estimated to be worth $50 million last year.

They’ve upgraded their lifestyles quite a bit with the cash in hand. In 2017 they purchased an 8,200 square foot mansion in Washington D.C. for $8.1 million – the second most expensive home in the neighborhood after Amazon.com CEO Jeff Bezos. This year the two are shelling out $14.8 million for a 7000 square foot, 29 acre beach side property in Martha’s Vineyard (I guess they’re not too concerned about rising sea levels).

Obama also has the fattest pension of any former president at $236k, slightly higher than Clinton ($231k) and the younger Bush (225k).

This year the Obamas will cost the taxpayer $1,176,000, with the following breakdown of costs (note that all figures are in thousands). Secret Service costs are not included in any calculations, because that information is classified (but obviously add to the overall cost).’

For those of you who are still of a leftist mindset, do you not see that your ‘leaders’ are the most ruthless, the most selfish, the most criminal of all of the tyrants in Washington? Do not get me wrong, the Republicans have tons of their own problems, but Obama takes greed and hypocrisy to a whole new level.

I am not a big Jimmy Carter fan, when we are talking about his political beliefs, or his presidency, however, as a man, Mr/. Carter seems like a decent person. He does not appear too be fleecing tax payers, he is not spending even half of the other’s had.

Obama’s God complex needs top be put into check, ideally via an indictment, and soon.