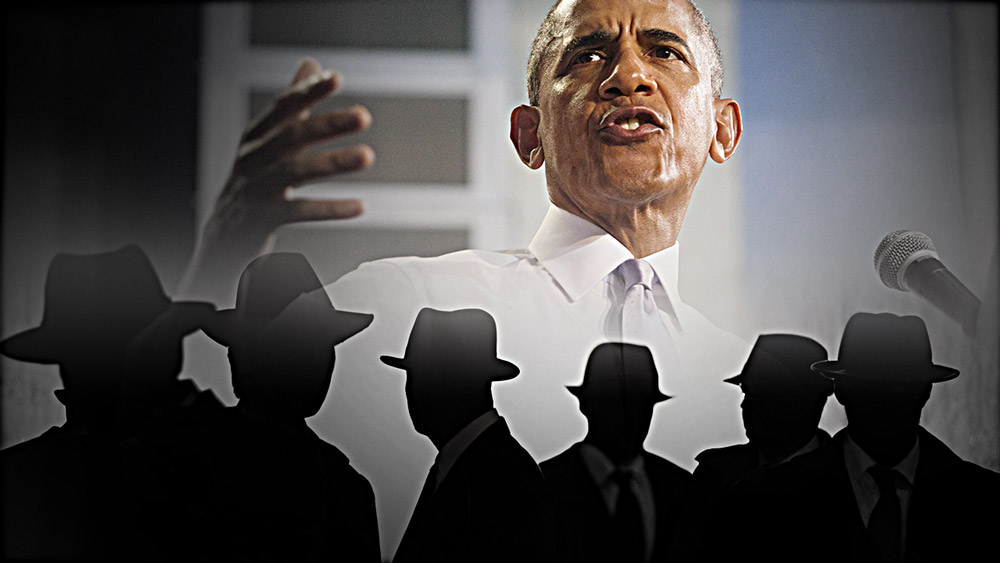 “One of the most inspiring things about this year has been to see so many young Americans fired up, organizing, marching, and fighting for change,” Obama said. “Your generation can be the one that creates a new normal in America, one that’s fairer, where the system treats everybody equally, and gives everybody opportunity.”

What exactly is Obama praising? The Left has organized and marched through cities in 2020 only to attack law enforcement, seize control over city streets, burn down buildings, deface public property, topple statues, threaten federal buildings, destroy businesses, and attack anyone who doesn’t agree with their march for “social justice.”

These are the types of people fighting for change on the left: entitlement-minded people who have been told that life in America is systemically racist and unfair, that the only way to make it fair is to follow Democrats and demand more money from taxpayers. These left-wing terrorists are people who have never had to take responsibility for their own actions, who continue to throw tantrums, while looting, burning and destroying other people’s property to get what they think they “deserve.”

These types of entitlement-minded people march together under the banner “Black Lives Matter,” and some of them carry Antifa flags while plotting violence against police. Obama and Biden continue to tell young black kids that white cops are out to kill them. Now, Obama is praising the domestic terrorists who stalk innocents and extort their businesses if the owners do not go along with their crusade. Joe Biden has brushed off Antifa’s hatred and violence, calling it an “idea,” while tens of thousands of Americans have felt the heat of their fires, and stepped over the shattered glass left behind from their “inspiring” movement. Americans have had to arm themselves and stand guard to protect their homes and businesses from the left-wing mob, while enduring manipulation from the left-wing media, as these anti-American forces try to gaslight innocent victims.

This “inspiring” left-wing mob seized control over six square blocks of Seattle in the summer of 2020, shutting down the police precinct, as Seattle residents suffered under a 525 percent increase in homicides, robberies and assaults. This “inspiring” movement took over not only the streets, but also the city and state leaders, who refused to enact law and order in their war-torn precincts. Obama loves this movement, which is shuttering police departments, cutting funds to law enforcement, while driving up looting and murder on the city streets. Portland, for instance, has now seen over one hundred consecutive nights of violent protest, filled with vandalism, chaos and murder. Portland Mayor Ted Wheeler has repeatedly rejected federal law enforcement assistance, as the city is gutted by this “inspiring” movement. New York shootings, according to the US Justice Department, were up 177 percent in July, compared to the same time the year before, as these protestors stormed through the city, and as $1 billion was taken from the NYPD budget.

The violence will continue, as long as their cheerleaders – the Democrat Party – continue to endorse the underlying motivation that drives these protestors to mayhem. The Democrats claim that “systemic racism” permeates law enforcement and American culture, and that people of color deserve reparations from white America. Sen. Kamala Harris (D-CA), said in June that “systemic racism” is “not just in law enforcement, it’s across the board. It’s in housing, and it’s in education, and it’s in everything we do.” She also praised the protests as “a beautiful sight” which are “not gonna let up. And they should not.” These are the criminal politicians looking to claim power over the federal government and the direction of the United States.