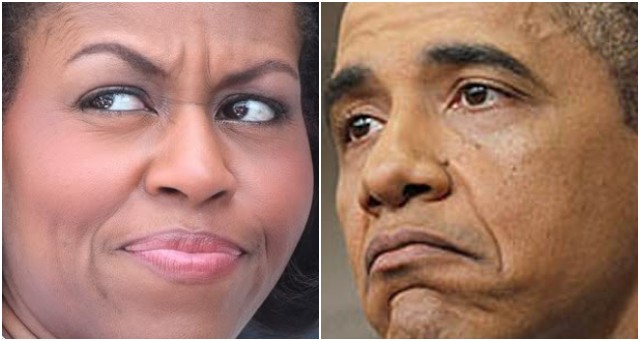 Opinion| Mark Sidney| I have a feeling that many, if not all, of us were waiting for this moment to come.

Now that I think about it, it has been a while since Barry and his … wonderful bride, Michelle, reared their heads and overtly tried move public opinion around in America.

These days they seem to be doing most of their influence work behind the scenes.

Instead of publicly appearing and trying to resurrect the unprecedented destruction of the American experiment as Barry did immediately following his Presidency, the Obamas are now programming the next generation a new way … with Netflix’s help.

Back in 2018 The Daily Caller reported:

‘Netflix announced Monday that Barack and Michelle Obama have entered into a multi-year contract with the online-streaming powerhouse.

In a statement on Twitter, Netflix said that the couple will help produce and write films, shows and documentaries.

Netflix’s announcement shows a pattern at recruiting members from the previous administration to help develop content. The company announced in March that former United Nations ambassador Susan Rice would join its board of directors.’

The Obamas may be a lot of things, but ignorant fools they are not.

The 44th President of the United States understands that it is the radical left’s control of Hollywood and the entertainment industry which has paved the way for their authoritarian takeover of the American government.

With the current Democrat field of candidates crashing and burning as the Dem machine seems to be setting themselves up to shove a former Republican, and current megalomaniacal little person, Michael ‘The Nanny’ Bloomberg the throat of Democrat voters, the left could use the Obama calvary to come to their aid.

Reid, speaking ahead of his home state Nevada’s 2020 caucus Saturday, said in an NPR interview published early Wednesday that it would benefit Democrats to avoid a brokered convention. He also expressed hope that if the field remains crowded heading into Milwaukee (the host of the Democratic convention) the remaining candidates could reach an agreement to throw their collective support behind a single candidate.

“We’re going to have to see if we can broker a deal,” he told NPR’s Tamara Keith. “Maybe we could even get Barack Obama to do it. The two most popular people in the country, and perhaps the world, are Barack and Michelle Obama.”

This isn’t the first time someone has suggested the Obamas could impact the 2020 race.’

Fox News’ Tucker Carlson has also predicted that Michelle Obama may enter the 2020 field. Tucker made the suggestion back in 2019, before ‘Mike’ had decided he was going to try and purchase the nomination.

“Don’t bet against Michelle Obama,” Tucker stated. “David Axelrod, who is one of the Obama’s closest and most loyal advisors, has been raising a scorched Earth campaign against Joe Biden for months. He has called [Joe Biden] a liar, a coward, all but accused him of having dementia. Would David Axelrod being doing all of that without the consent of the Obamas?”

“The Democratic Party is ripping itself apart over race and gender and class,” … “Michelle Obama, let’s be honest, is one of the only people who could unite the party’s warring factions.”

What do you think will happen? Will Michelle Obama enter the race, or will Barry and Michelle merely use their influence to anoint another candidate in their quest to depose President Trump?