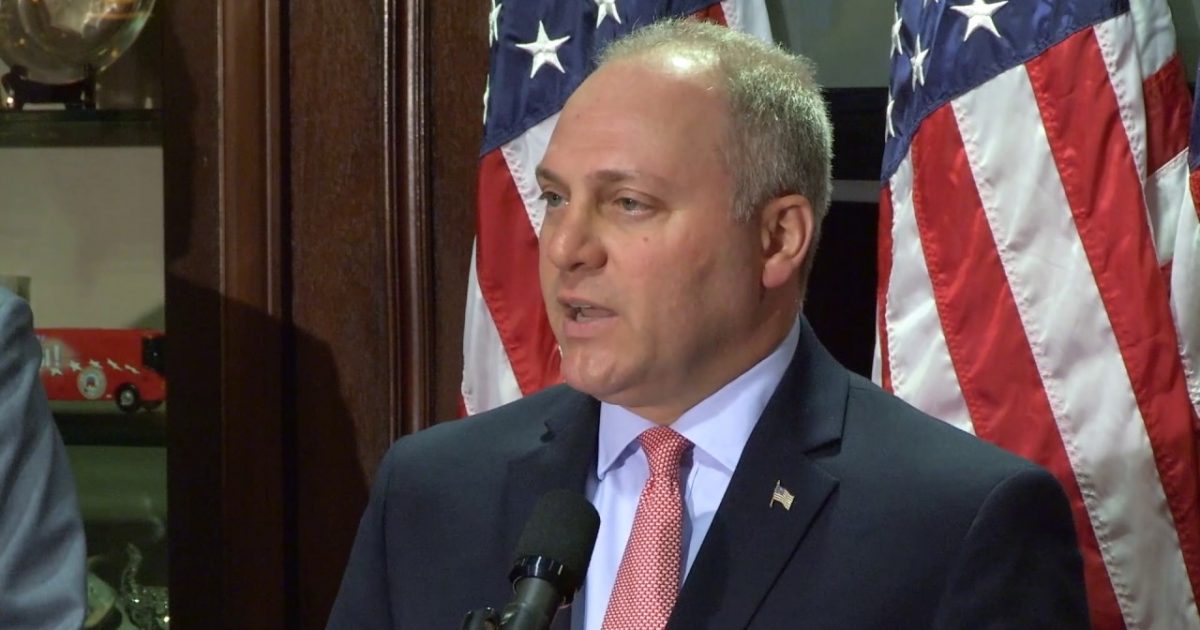 This is the modern left. On Sunday, Twitchy informed us that Rep. Steve Scalise, R-La., took issue with a 70 percent tax rate proposed by newly-elected Democrat Socialist Alexandria Ocasio-Cortez to pay for her “Green New Deal,” a radical scheme designed to destroy the U.S. economy for a generation of Americans.

“Republicans: Let Americans keep more of their own hard-earned money. Democrats: Take away 70% of your income and give it to leftist fantasy programs,” he wrote on Twitter.

Republicans: Let Americans keep more of their own hard-earned money
Democrats: Take away 70% of your income and give it to leftist fantasy programs https://t.co/NxJPSCqvrt

You’re the GOP Minority Whip. How do you not know how marginal tax rates work?

Oh that’s right, almost forgot: GOP works for the corporate CEOs showering themselves in multi-million💰bonuses; not the actual working people whose wages + healthcare they’re ripping off for profit. https://t.co/R1YIng2Ok1

That prompted some of her radical followers to advocate murdering Scalise. 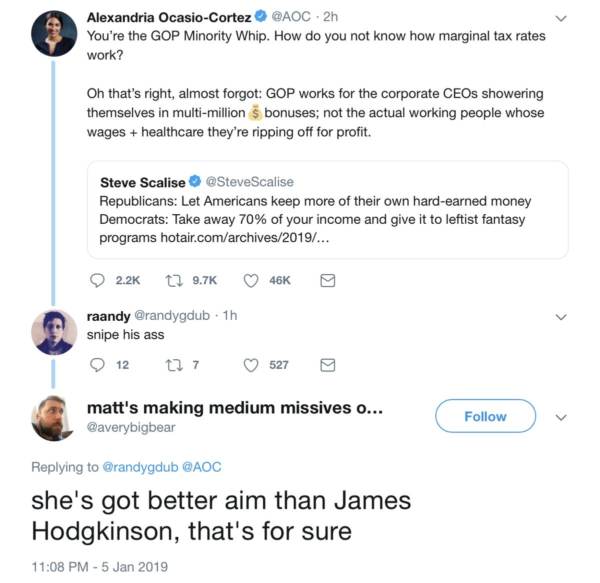 Hi @AOC. Happy to continue this debate on the Floor of the People’s House, but it’s clearly not productive to engage here with some of your radical followers. #StayClassy pic.twitter.com/lZCO3oiLUZ

Yes, people saying “snipe his ass” and “kick his cane” to a man that was shot by a radical leftist isn’t a “moral issue”.

And taking 70% of everything someone earns is also not a “moral issue”.

My God. Where do you people come from? https://t.co/olcTniD9Hk

Where do these people come from? That’s easy. They’re leftists. And as I’ve repeatedly said since February 2011, liberals prove on a daily basis that theirs is an ideology of insane, bloodthirsty rage and hate.

Keep in mind that a radical leftist already tried to kill Scalise back in July 2017 as he and other Republicans were practicing for a charity baseball game. Leftists like Joy Reidcelebrated, saying he deserved to be shot because of his conservative political views. Other sick leftists even hailed the shooter, James Hodgkinson, as a hero.

This is the modern left. Let that sink in.