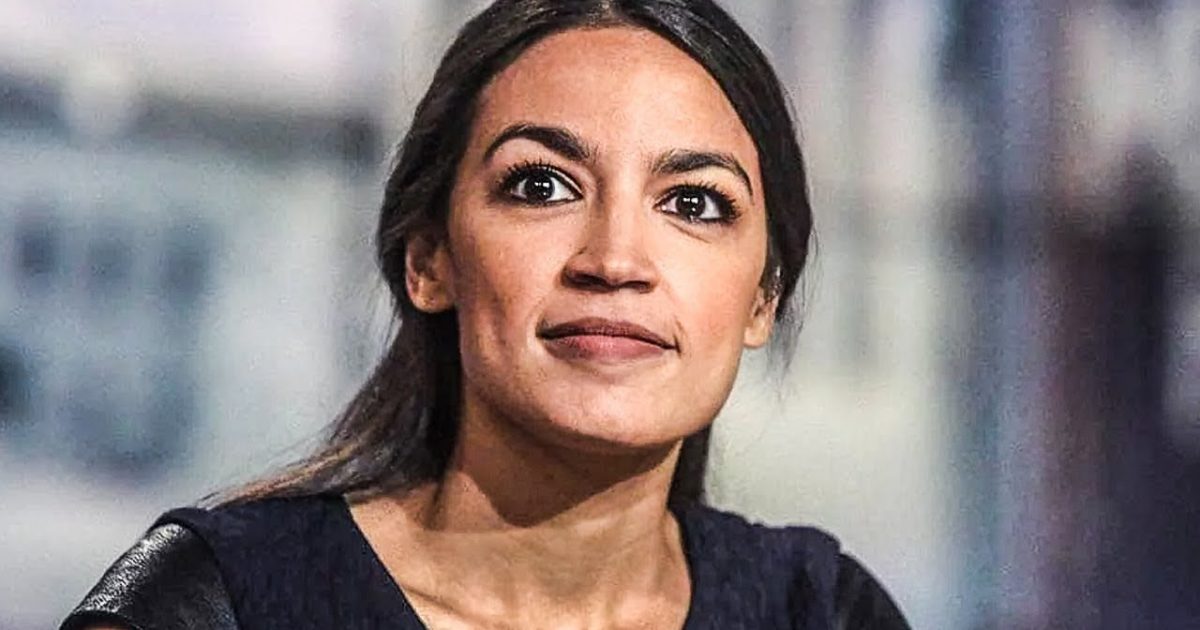 How can you tell when newly-elected Democrat Socialist Alexandria Ocasio-Cortez is lying? Either her lips are moving, or she’s busy posting something to Twitter. On Thursday, she posted a tweet with a picture of the plaque on her new Congressional office, declaring to her followers that she’s still “Alex from the Bronx.”

“Don’t be fooled by the plaques that we got, I’m still / I’m still Alex from the Bronx,” she wrote, surrounding the statement with musical notes.

The average household wealth of the town in which you grew up is $1.2 million. https://t.co/4sLCLWfnCb

That didn’t sit too well with Ocasio-Cortez, who claimed she “was scrubbing those households’ toilets w/ my mother that I saw and breathed income inequality.”

Yep. As everyone knows, I grew up between two worlds + experienced 1st hand how a child’s zip code can shape their destiny.

It was scrubbing those households’ toilets w/ my mother that I saw and breathed income inequality.

I decided to make a difference.
You decide to do this. https://t.co/kMtbGQo8o8

Others took her to task as well:

lmfao, but you ain’t from the Bronx. What do you expect from a congress woman who does not even know the three branches of the government she serves. 🤷🏽‍♂️

And on it goes.

Knowles, by the way, wasn’t finished:

You didn’t grow up b/w 2 worlds. You grew up in Westchester then lied abt it then changed your bio when the lie was exposed. I grew up in the (⬇️affluent ⬆️diverse) neighboring town, spent many wknds in the Bronx. The difference: I don’t lie abt my upbringing to feign victimhood. https://t.co/uitqPocXU8

Right, but @Ocasio2018 didn’t grow up in a city. She grew up in a small, homogenous, affluent suburb, where she attended excellent schools before pretending she grew up in the Bronx. https://t.co/rLaUCLp3R8

In which a Republican literally tries to mansplaining *my own childhood* and life to me.

And in true mansplaining form, he’s doing it wrong with an great degree of confidence.

It begs the question: is the GOP really “sending us their best?” 🤔 https://t.co/GNr9NACGoC

Wow. Twitchy asked, “are Democrats really ‘sending us their best’?”

.@Ocasio2018 every word he wrote is accurate.

You grew up in an affluent Westchester suburb, not the Bronx. You flat out lied.

I spent more time on the streets of the south Bronx than you, so please slow your roll Congresswoman. https://t.co/6zmnmVm2RE

Which prompted Ocasio-Cortez to continue her meltdown:

You’re the dude whose immediate reaction to winning my primary was posting a photo of my mom’s house.

Going to public school in Yorktown has *always* been how I told the story of income inequality.

All she had to do was correct Knowles, Twitchy said, but she instead chose to play the victim. And she wasn’t finished:

Lastly, to all these corny Republicans trying to take the Bronx away from me: where on earth do you think these clapback Twitter hands came from??

No one it trying to take the Bronx from Alex, they just want her to be honest and stop pretending to be someone she’s not. This ain’t rocket science.

Perhaps not to most people. But then again, we’re not talking about MOST people here…