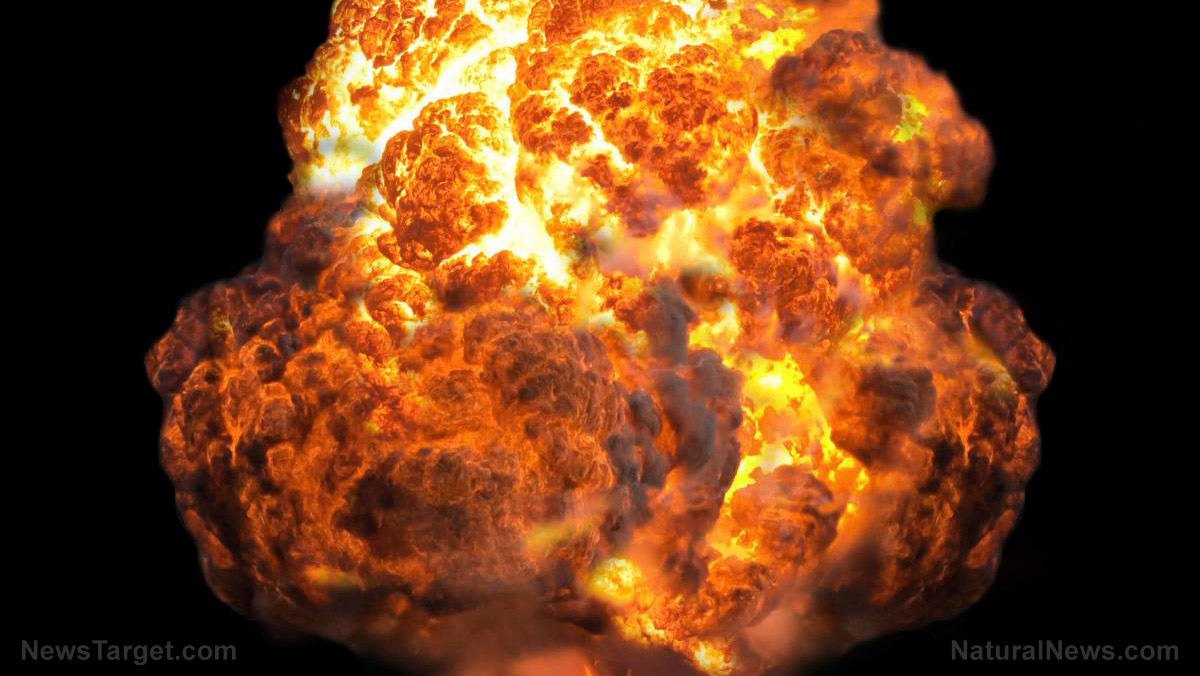 (Natural News) One of the country’s leading midstream natural gas service providers went up in flames over the weekend in yet another mysterious explosion incident.

ONEOK, Inc., a large-scale operator of major natural gas liquids (NGL) systems, had its NGL fractionation facility in Medford, located about 85 miles south of Wichita, Kan., explode out of nowhere on Saturday, potentially disrupting the flow of hydrocarbons to energy export hubs on the Texas Gulf Coast.

As we reported back in June, another major natural gas terminal, this one owned by Freeport Liquefied Natural Gas, also went up in flames this year.

“There is an active incident at the plant south of town, and we are asking all residents south of Main Street to evacuate your homes and go to the Medford public school building,” announced the Grant County Sheriff’s Office in a Facebook.

Video footage of the Oklahoma explosion, shared by KWCH Eyewitness News, can be seen below:

Michael and Brittany Stone captured this video of an explosion in Medford, Oklahoma, near the Kansas border. This gas plant fire caused evacuations and road closures #KWCH12 pic.twitter.com/V8Cy8FbYfM

In a statement, ONEOK explained that the “incident” did not result in any injuries that the company is “aware of.” ONEOK continues to work with local emergency responders and “appreciate[s] their quick response.”

“Our focus continues working with emergency responders to extinguish the fire and the safety of the surrounding community and our employees,” the company added.

At least four natural gas plants have exploded in the U.S. since early June

The NGL products that ONEOK handles just so happen to be used broadly in all sectors of the United States economy. The company’s now-badly damaged fractionation plant separates NGLs into various NGL products including ethane, propane, butane and natural gas.

According to reports, NGL products are used in inputs for petrochemical plants, such as for the purpose of generating electricity at power plants, creating fuel for cooking and mixing fuel for vehicles.

“There’s no word (yet) on disruptions to pipeline flows,” one report explained.

Since early June, at least four different natural gas facilities, just in the U.S. alone, have exploded or caught on fire under mysterious circumstances. One of them was the Freeport facility on June 8, as well as the:

These explosions follow a spate of similar explosions and fires at food processing plants, dozens of which have been partially or fully destroyed over the past several months.

The ONEOK and other natural gas explosions come at the worst possible time for the Texas power grid, about half of which is powered by natural gas. Texas is currently in the throes of the very hot summer season, which means more power outages could soon be on the way for Texans.

“This is a highly organized takedown of the U.S.,” wrote a commenter on a news story about the ONEOK explosion. “Energy infrastructure has been hobbled and food production, too – even baby formula.”

Another wrote that the explosions could be the result of having to run refineries at 95-98 percent capacity “to try to offset Biden’s idiocy.”

It is really starting to seem like these explosions are intentional and planned. More of the latest can be found at Collapse.news.