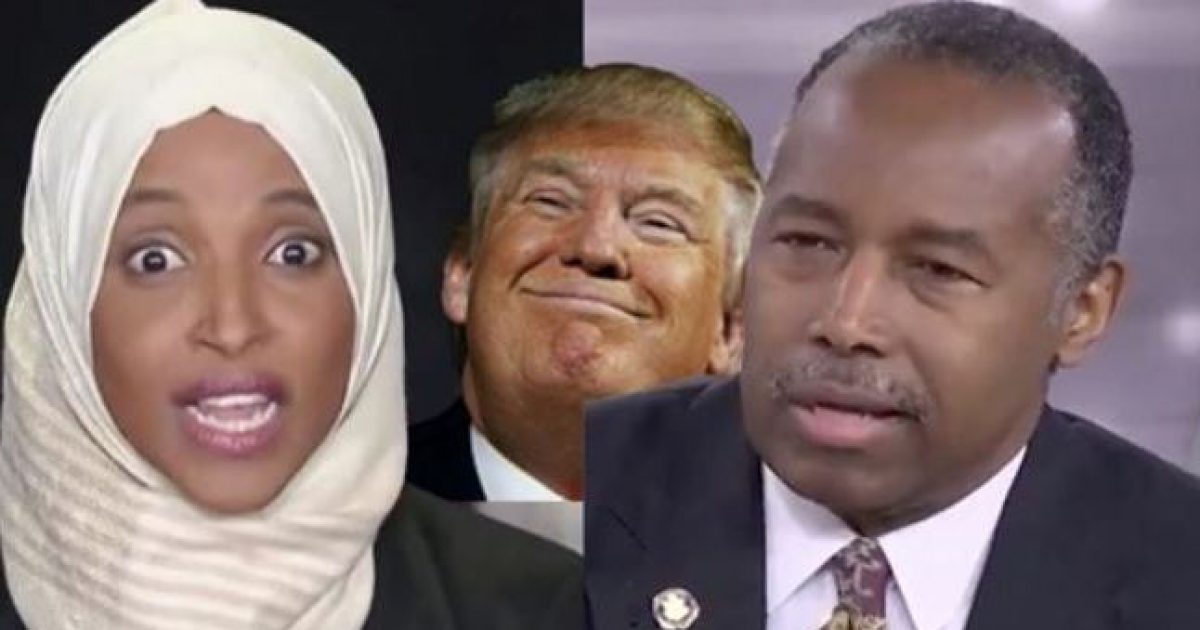 Opinion| U.S. Rep. Ilhan Omar of Minnesota’s Fifth Congressional District is turning out to be quite the smear merchant, even by the standards of today’s Democrat Party.

The other night Omar took to Twitter to smear President Trump as a racist:

His immigration policies say this much! https://t.co/B6czPntRn4

Integrity is what you do when no one is watching…

To illustrate his point, Dr. Carson recounted an incident before the February 2016 ABC debate in which he was scheduled to be the second candidate introduced after Chris Christie, but because of the level of applause he didn’t hear his name being called.

Remember as you watch this, Carson was his opponent. Trump could have walked by, as every other candidate did, but he refused to let Carson bear the brunt of any embarrassment alone.

Senator Cruz was third and marched on by, leaving Carson standing there like a third wheel.

Trump was called next but walked only as far as Dr. Carson and then stood with him behind the curtains as the other candidates continued being introduced, taking their places at their podiums.

It wasn’t until Dr. Carson had been given a proper introduction that Trump walked onto the stage.

It seemed like nothing at the time. But in light of Ilhan Omar’s racist allegations it’s worth another look:

Here’s Jesse Jackson praising Donald Trump for a lifetime of service to African Americans… decades before he ran for president.