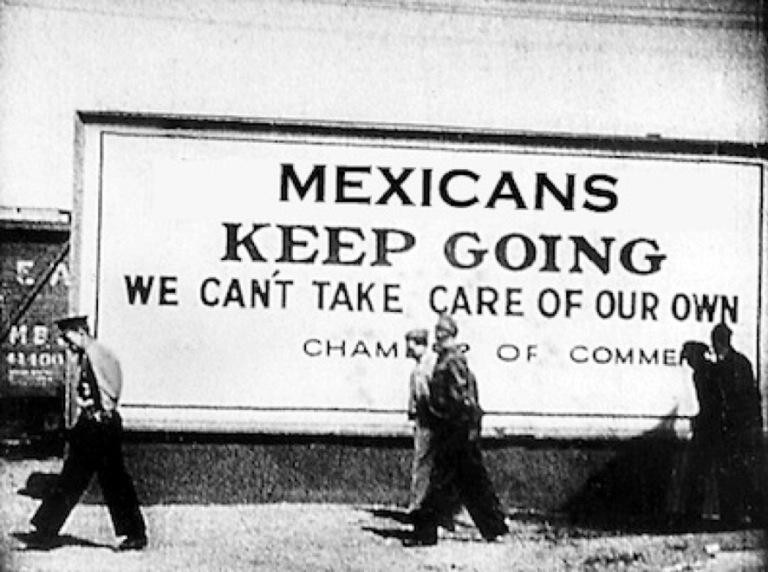 “The issue of Illegal immigrants in America or in any other country can easily be resolved – Enforce the Law.”

Within America, it is clear that when it comes to the issue of illegal immigration, the laws are simply not being enforced, which encourages and breeds crime, and at the end of the day, anarchy and the loss of your country (Psalm 9:17).

That’s it. It’s just that simple. Immigration laws are not being enforced. The Government, on both sides of the un-constitutional aisles (Party affiliations), are not enforcing the immigration laws. Rather, they are encouraging illegals to then break the laws by entering into America and further endangering the American people.

This is exactly what is happening today, and all of this by design.

The purpose of government is to “restrain men from sin,” which is breaking God’s moral law (1 John 3:4) and “maintaining order,” which in contrast you are seeing criminal politicians alluring illegal immigrants into America on tax-payer dollars (Deuteronomy 28:43).

The second purpose of government is to condemn the wicked, and justify the righteous (Deuteronomy 25:1). Again, you are seeing today’s criminal politicians doing just the opposite by attempting to justify the wicked, transgressors of the law, by browbeating into submission the righteous, those citizens of America who are on the side of the law.

Those that play the fool in allying themselves with the mainstream media’s narrative by browbeating American citizens should first consider that they are advertently handing their country over to them that are firstly breaking the law. They are breeding crime.

Did you see what happens when you go into Mexico illegally?

On the other hand, we had President Dwight Eisenhower and his answer to illegal immigrants that were here in America, which was dubbed “Operation Wetback.”

Operation Wetback, U.S. immigration law enforcement campaign during the summer of 1954 that resulted in the mass deportation of Mexican nationals (1.1 million persons according to the U.S. Immigration and Naturalization Service [INS], though most estimates put the figure closer to 300,000). Drafted by U.S. Attorney General Herbert Brownell, Jr., and vetted by Pres. Dwight D. Eisenhower, Operation Wetback arose at least partly in response to a portion of the American public that had become angry at the widespread corruption among employers of sharecroppers and growers along the Mexican border and at the Border Patrol’s inability to stem the influx of illegal workers.

In 1954, Attorney General Brownell forwardedthe initiative that would eventually become known as Operation Wetback. Its name was derived from wetback, the offensive term for the multitude of Mexican immigrants who traversed the Rio Grande to illegally cross the border between Mexico and the United States. (In 1953 alone, some 886,000 persons were seized by the U.S. federal government for illegally entering the United States from Mexico.) The initiative focused on two primary objectives: (1) stemming the flow of illegal and undocumented Mexican workers into the United States and (2) discouraging the employers who harboured such workers. The plan met with resistance from some legislators as well as from agricultural and farming groups that lobbied Congress. Many legislators objected to one of the initiative’s central tenets—that employers of illegal workers should be punished— because proving the employers’ awareness of the workers’ illegal status would be difficult. Moreover, some lawmakers were hesitant about Brownell’s militaristic approach, which involved carrying out the plan like an invasion. Ultimately, Congress failed to pass legislation authorizing punishment for those who hired illegal workers, but it did allocate increased funding for the Border Patrol.