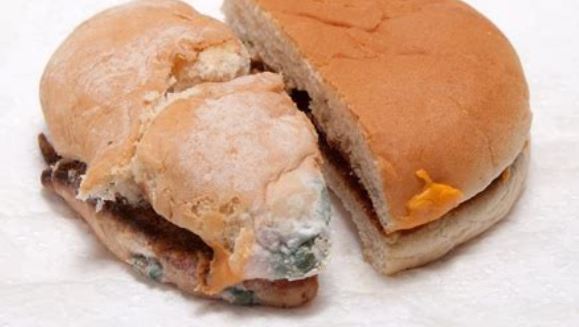 (Natural News) Would you eat something from a container labeled “Explosives” or “Petroleum Products” or “Pesticides?” We didn’t think so, but you do, and probably daily, if you live in the United States and eat non-organic bread. You might as well be digging into one of those bio-hazard containers when you open that bread bag and grab a few slices, or get that conventional burger, hot dog, bagel, pizza, chicken sandwich, quesadilla, or sub roll. The dough “conditioners” are industrial applications used to keep it all white, soft and “fresh” looking, but the short-and-long-term health implications you don’t even want to hear about, much less incur.

Most humans would object to eating industrial chemicals, if they knew about them in the first place, and had any self-control and value of life. It’s just plain common sense, but who really knows the truth here in the U.S.A., where the FDA and CDC do the exact OPPOSITE of what they are supposed to do, which would be to keep consumers safe and healthy. Here, the FDA and CDC collude with big business and purposely approve and help promote food and medicine that contain known carcinogens, nervous system disruptors, and cancer-causing agents.

In other major developed nations around the globe, the government’s regulatory agencies guard the health of their citizens, but in the USA, it’s a huge money maker to fool consumers into eating chemicals and then taking chemical medicine for the pain, anxiety and anguish. In China, the U.K., and Brazil, they outlaw chemicals in bread, and have done so for decades.

Mountains of scientific evidence prove chemicals in food cause cancer and dementia. That goes for bleach, pesticides, and foaming agents. Still, the FDA lies and says they’re too broke to examine the problems. Wait, what? That’s what you’re paid to do.

McDonald’s, Wendy’s, and Subway already ADMITTED they were using questionable chemicals in their bread for years

The “big guns” had to remove the “AZO” (Azodicarbonamide) chemical from their bread formulas thanks to the “Food Babe” Vani Hari, who’s relentless assault of paperwork and research forced them to fess up and lose some of the cancer food, but most fast food is laced with pesticides that kill weeds, bugs, rats and humans anyway. So there’s that.

How many companies have phased out deadly bread chemicals? We may never know, because the FDA promotes them, lying and claiming they’re “generally recognized as safe.” By who, the people that already died of cancer from eating them? Who’s in “compliance” now? The CDC won’t help either. They approve mercury in vaccines and recommend them for 6-month-young infants and pregnant mothers. What a farce.

Regulatory agencies in the U.S.A. are paid NOT to look into dangerous ingredients in common foods, including bread, grains, pasta, children’s cereals and infant formula. The Biotechnology industry led by Bayer/Monsanto also runs the FDA with former CEOs, VPs and lobbyists who love FDA’s open door policy. U.S. bread is LOADED with pesticides, bleach, and GMOs.

BHA and BHT preservatives in bread lengthen shelf life while shortening human life, but the FDA doesn’t care at all

Subject to strict restrictions overseas, BHA and BHT are commonly used in baked goods here in America. While causing cancer tumors in humans and lab-tested animals, these chemical food agents keep mold from growing so quickly on bread, making the most popular bread companies a fortune. In so many words, these companies couldn’t care any less about their consumer’s health, since they know good and well they’re “killing them softly” with chemicals (pun intended). Maybe that’s why they call it “Wonder” bread, because you have to wonder what happens to your health after you eat it.

Industrial food agents are just like canola oil, they never spoil because they’re not really food, they’re chemicals. That’s why nearly every pre-mixed salad at Whole Foods, Trader Joe’s, and Wegmans is loaded with canola oil. It’s all about the money.

Then, the FDA always lies and says there’s not enough BHA, or BHT, or bleach, or canola acid (rape seed oil), or AZO to make you sick or give you cancer. Really? How does the FDA know how much of these chemicals 200 million Americans are eating daily? Last we heard, they were so broke they couldn’t research chemicals in our bread, so how did they find the money, time, and research hours to know all this? Maybe “GRAS” doesn’t really stand for “generally recognized as safe” but rather “generally recognized as sickening.”

Tune in to FoodSupply.news for updates on how the FDA undermines public health and fuels disease and disorder in this country.